Survey lowest value for Union – Laschet continues to rush off, while Scholz-Zug rolls 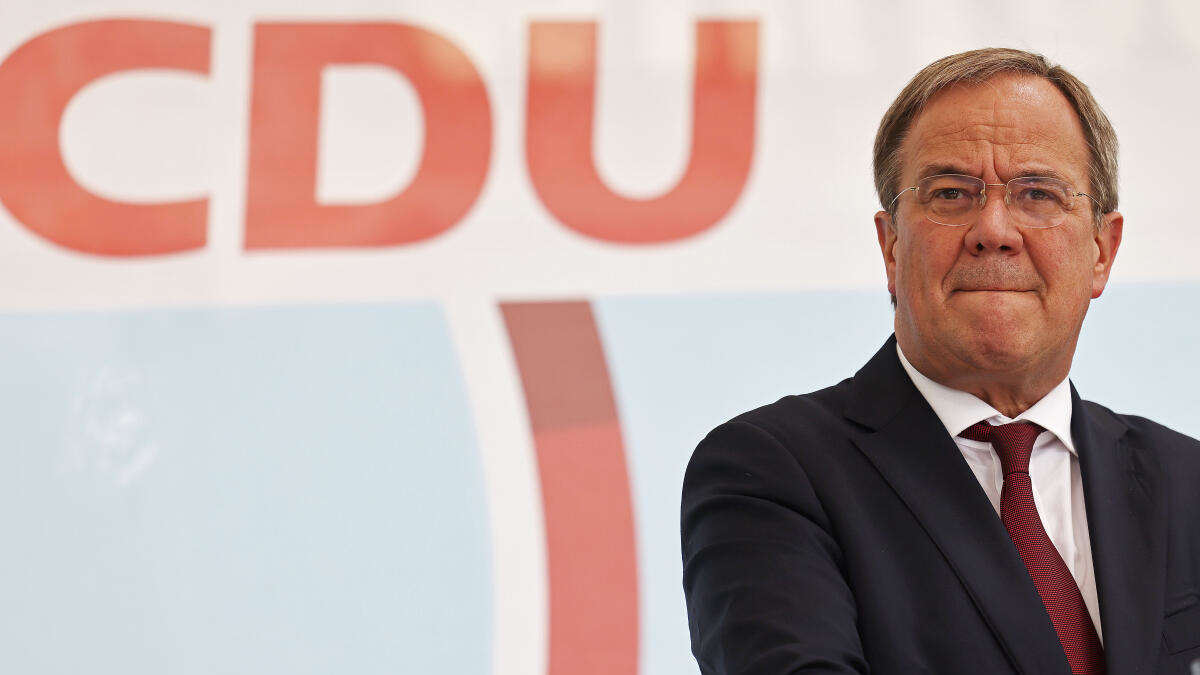 In the current survey by the ZDF “Politbarometer”, the Union and the SPD are on par. This increases the pressure on Chancellor candidate Armin Laschet (CDU).

Munich – Around four weeks before the federal election on September 26, 2021, the SPD is still on the rise in the polls. According to the ZDF “Politbarometer” published on Friday, the SPD and Union are on the same footing. Both parties would therefore come to 22 percent. The Union loses four percentage points – and thus sinks to its worst value ever in the “Politbarometer”. That also increases the pressure on Chancellor candidate Armin Laschet (CDU).

In the “Politbarometer”, however, the SPD has improved by three points. The Greens land with a plus of one point to 20 percent. While the AfD remains unchanged at eleven percent, the FDP loses one point and drops to ten percent.
The Left Party also lost one point and with six percent is only just above the five percent hurdle.

Federal Parliament election 2021: Scholz in front on the K question about “Politbarometer”

Also in the question of which of the candidates is suitable for the Chancellery, the fall of Armin Laschet and the boost of Olaf Scholz (SPD) continue. Only 25 percent of those surveyed consider Laschet to be suitable. In contrast, 65 percent of those surveyed consider Olaf Scholz to be competent. Green candidate Annalena Baerbock is considered suitable by 22 percent.

For the “Politbarometer”, the Elections Research Group surveyed 1,300 eligible voters from Tuesday to Thursday. According to the information, the statistical error range is three percentage points with a proportion of 40 percent and two points with a value of ten percent.

The current trend in the K question becomes very clear: almost half of the respondents (49 percent) would prefer to be Scholz as Chancellor. In contrast, only 17 percent are in favor of Laschet and 16 percent in favor of Baerbock.

Laschet’s downward trend is causing nervousness in the Union: the 2021 federal election too personalized?

Laschet’s downward trend is causing nervousness in the CDU and CSU. However, a change of candidate does not yet seem to determine the discourse. However, the number of voices that want to divert from the highly personalized election campaign for the Chancellor candidate to the Union as a team continues to increase: “We must finally show what the Union stands for and with whom we want to shape the future of the country in addition to the Chancellor candidate”, said the Saarland Prime Minister Tobias Hans (CDU) of the “Rheinische Post”. There are “many capable minds” in today’s ministerial group and at the top of the Bundestag faction who are trusted to be responsible for the country. Hans asked Laschet to present a team of possible ministers. The Bavarian Prime Minister Markus Söder (CSU) had previously called for something similar.

CDU General Secretary Paul Ziemiak stood behind Laschet and ruled out an exchange of the candidate for chancellor. “The candidate question has long been decided and we are now fighting together for our country so that it goes in the right direction. With Armin Laschet at the top and together with the CSU. We want to win together, ”said Ziemiak of the“ Neue Osnabrücker Zeitung ”(Friday).

According to YouGov, SPD even up front on the Sunday issue

In principle, election surveys only reflect the opinion at the time of the survey and are not predictions of the outcome of the election. You are also always fraught with uncertainties. Among other things, declining party ties and increasingly short-term voting decisions make it more difficult for opinion research institutes to weight the data collected.

The SPD had also recently gained ground in several surveys by other opinion research institutes. A Kantar poll published on Thursday on behalf of “Focus” also revealed a head-to-head race between the Union and the SPD. A survey by YouGov and the Forsa Institute’s trend barometer for RTL and n-tv recently saw the Social Democrats even ahead. For the Sunday question, the SPD would come to 24 percent. A plus of 8 points compared to the survey at the end of July. The Union loses 6 points in the poll and lands on 22 percent. According to YouGov, the Greens are unchanged at 16 percent in the Sunday question, the FDP gains one point to 13 percent. The AfD reached 11 percent (minus 1), the left stuck at 8 percent.