Surprises in the inmates of the right and left in Chile: they lost the favorites 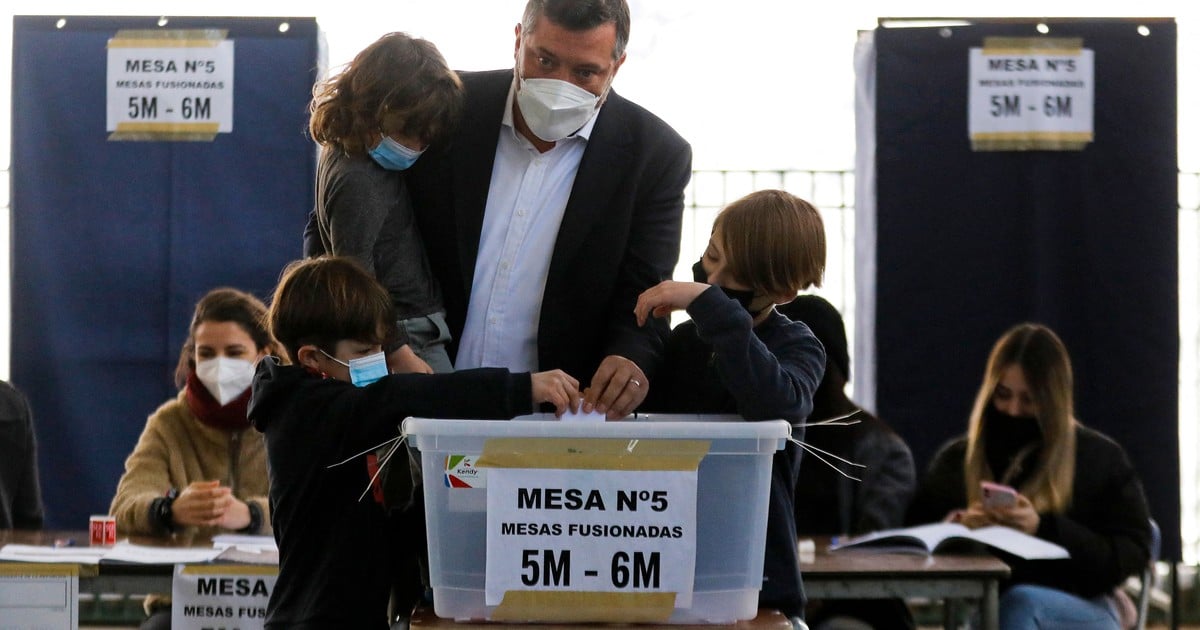 It was a surprise in Chile. The polls were once again wrong. Gabriel boric, in the I Approve Dignity pact (left) defeated the communist mayor Daniel Jadue, the best positioned in the previous polls; Y Sebastian Sichel, in the Chile Vamos (Right) pact, an independent convert, defeated the historic Joaquín Lavín, former mayor of Las Condes.

Both, Jadue and Lavín, the best positioned. Both from traditional politics. Both, the most conservative in their sectors. A communist and a supernumerary of Opus Dei defeated. Chile is not about to increase its rift.

It has been an election year beyond the Andes. The conventional constituents, municipal and regional governors with their respective ballots, have made Chileans have voted more in seven months than in the last four years.

And from early, once again, hundreds of thousands flocked to this primary voluntary, where two of the three majority political forces had electoral ballots. Only the militants of the center-left and their reduced coalition, the Constituent Unit (the former Bachelet Concertación) were unable to attend. Voters turned out and gave life to the most voted primary in history, with more than 2.5 million votes in total.

An “independent of the Center” for the Right

They seem to have learned from the tsunami of independent candidacies who won seats in the Constituent Convention. The electorate of the Chilean right saw in Sebastián Sichel (43 years old) a hope to end a political cycle marked by Pinochet and the most fierce neoliberalism, criticized after the social outbreak for his inability to distribute wealth in a more equitable way.

Sichel presented to the citizens a story marked by his childhood, as the son of a mother with addiction problems, who grew up in a house without electricity or drinking water and overcame, studying law at the best university in the country and joining the political elite of Chile. A political history that began in the Christian Democracy, with its domicile in the Left Center, but which had it as a political protagonist in the last four years, where it was Sebastián Piñera’s minister.

“I have not changed my convictionsIt was the DC that moved to the left ”, said the now official candidate to explain his new political address.

“I want to thank everyone who voted for me throughout Chile, thank you very much. I mean that I called Sebastián Sichel a few minutes ago to congratulate him on his victory, I think that Chile Vamos obtained a great result as a pact. And that’s how democracy is, one can win and one can lose ”, said the favorite Joaquín Lavín after acknowledging the adverse result, with only 32% of the votes against 48% of his contender.

A former student leader defeated the best positioned on the left. Gabriel Boric Font was born in Magallanes, in the extreme south of Chile. Son of a former official of the State Oil Company, ENAP; He became known nationally in 2011, when he led the university student revolution, during the first government of Sebastián Piñera.

That generation of leaders founded the Broad Front, through different parties. A sector that was originally inspired by Podemos from Spain and that it burst into force in the last parliamentary election – where Boric was elected deputy for Punta Arenas – and the elections for the Constituent Convention.

The candidate of the Social Convergence party could barely register in this primary, where the Broad Front made a pact with the Communist Party. His conglomerate was not nationally registered and, against time, mobilized thousands of Chileans through social networks for them to sign up and let him compete. He had just turned 35, the minimum age to apply.

But at the helm he had the one who, since the beginning of years, was not only the favorite to win the primary, but also the presidential: the communist mayor of Recoleta, Daniel Jadue. The unforced errors during the last weeks of the latter, generated a favorable climate for the candidacy of the young Magellan.

A controversial proposal for a Media Law or an unfortunate statement against Small and Medium Businesses, regarding the minimum wage, had Jadue in the eye of the hurricane as Boric quietly grew across the country.

In the consolidated results, the surprise. Boric touched 60% of the votes against Jadue and a cloak of silence was installed in the bunker of Chilean communism, before an election that they believed won. The second surprise of the day.

That of presidential nominations that has not been without controversy. Without going any further, the former Concertación, by Michelle Bachelet, was about to fracture when the Socialist Party was on the verge of joining the left primary, leaving the center-left parties headless.

However, the adherence of the socialists to that pact did not prosper and, both Boric and Sichel, will have to wait until August to find out who will be the nominee of that coalition, if the socialist proclaimed by Bachelet, Paula Narvaez, or the president of the Senate, the Christian Democrat Yasna Provoste.