Surprises, controversies and a tragedy in the round of 16 of the African Cup 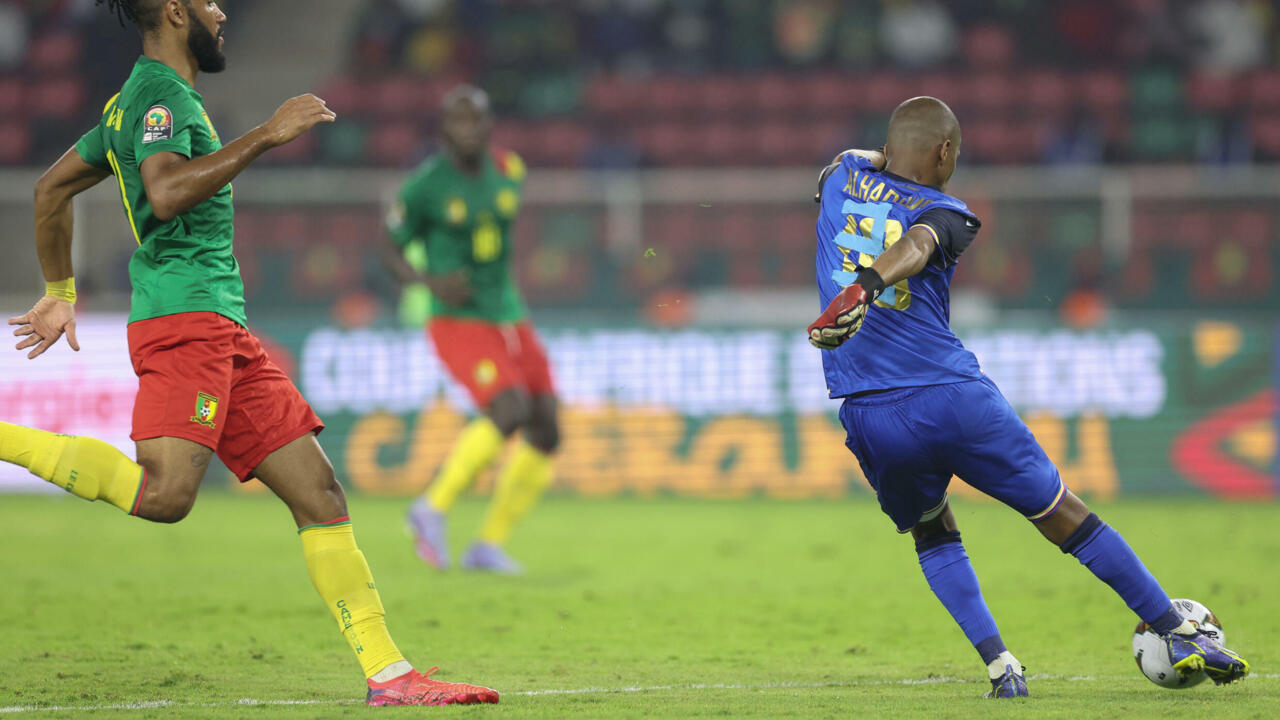 In football, the start of the direct elimination phase in Cameroon repeated the formula of the first round: some favorites who advance with suffering, others who fall by the wayside against the irruption of the modest ones. Off the field, the death of eight people in a stampede at the Olembé stadium brought the tournament into mourning.

The round of 16 definitively marked the last leg of the African Cup of Nations. But not because of the sporting aspect, but because of what happened outside the Olembé stadium, on Monday the 24th, before the match between Cameroon and Comoros. A stampede left the sad toll of 8 dead and 38 injured, a tragedy that is difficult to understand and on which an explanation is expected.

With the magnifying glass focused on the flaws in the organization, the African Football Confederation (CAF) quickly announced measures in response to the events: it ordered an investigation and relocated the quarterfinal match scheduled on that stage (Morocco-Egypt, which was will play in the Ahmadou Ahidjo).

The Cameroonian government, for its part, also promised improvements to access to a stadium that was built especially for the tournament and that bears the name of the long-time Cameroonian president Paul Biya, in power since 1982. Faced with CAF’s threat not to use the stadium again until security is guaranteed, the objective of the authorities now seems to be to save the semifinal and the final.

Either way, the tournament will face its final stretch of mourning. The minute of silence observed from Tuesday in all matches is expected to last until the end of the competition.

On the field, the tournament continues to alternate blows of effect and there is no team that makes a difference in relation to the rest.

Nigeria seemed to set themselves up as a contender after being the only team to win all three of their group stage matches. However, the ‘Super Eagles’ ran into a new frustration when they fell 1-0 against Tunisia -both by Youssef Msakni-, a team that arrived with several casualties due to an outbreak of Covid-19 cases. Without counting the editions to which it did not qualify, the 9th place in Cameroon is the worst performance of the green cast.

Another team that left the tournament wrapped in disappointment was Mali, dominating Group F. The ‘Eagles’ have never been able to win a CAN, but, with a promising generation and a demanding but not impossible squad, they looked like they had a chance. The clash was strong: although they were largely dominating in regulation time, they could not break the surprising Equatorial Guinea, who later won on penalties 6-5. Fourth consecutive edition without getting into the top eight for Mali.

While Côte d’Ivoire, who won the disputed Group E, could not break their curse against Egypt, who won 5-4 on penalties after a goalless draw after 120 minutes. History marks that the ‘Pharaohs’ have never lost to the ‘Elephants’ in a direct elimination phase of the CAN: success in the 2021 round of 16 is added to the 1998 quarters, the 2006 final and the 2008 semi-final .

The list is stretched if the duel for third place in 1970 is added. With a compact formation, Carlos Queiroz’s cast annulled a team that has great individualities, but left doubts in the collective operation. A blow of authority from Egypt, which brought out his hierarchy, the one that led him to be the most successful player in the tournament with 7 titles.

The great image of the round of 16 was delivered by the duel between Cameroon and Comoros. Chaker Alhadhur, a left back of 1.72 meters, occupied the arc of the ‘Celacanths’ due to the impossibility of lining up any of their three goalkeepers. On the back, an improvised number with tape was a faithful reflection of the unprecedented nature of the situation.

The absence of goalkeepers was not without controversy. In addition to Salim Ben Boina’s injury, the positives for Covid-19 of Moyadh Ousseni and Ali Ahamada were added, in the framework of an outbreak of cases that occurred in the days prior to the confrontation with the local team. However, on the eve of the game, Ali Ahamada returned a negative result and even traveled to join his team, but an unclear CAF rule change prevented him from appearing.

This modification, added to the ‘timing’ of the outbreak in Comoros, raised all kinds of speculation about a possible favoritism towards the host country. Although the hypotheses were not supported by evidence, the new president of the Cameroonian Football Federation (Fecafoot), the star Samuel Eto’o, was in charge of responding to the accusations, stating that he would “never” accept winning “by cheating”.

Decimated, Comoros played a more than worthy match against a Cameroonian team that seemed overwhelmed by their obligation. A short 2-1 final allowed the debutant team to close a historic participation with their heads held high. Karl Toko-Ekambi and Vincent Aboubakar -scorer of the tournament with 6 goals- scored for the ‘Indomitable Lions’; Youssouf M’Changama, with a great free kick shot, discounted for the islanders.

Gambia, the other newcomer in the competition, is still in the race and has the merits to do so. It is a young formation, which takes advantage of the speed and mischief of its forwards and practices an entertaining style. With that formula and Musa Barrow’s goal, they beat Guinea 1-0, who missed Naby Keita and was disapproved of by his fans: some supporters, in fact, threw objects at coach Kaba Diawara after the defeat.

Senegal, Morocco and Burkina Faso complete the ‘group of eight’

With so many fallen giants, Senegal has been positioned as the great favorite due to the enormous hierarchy of its squad. But the ‘Lions of Teranga’, so far, have shown a level well below expectations. In the round of 16, against Cape Verde, he was only able to open the scoring after his rival was left with 9 players due to the expulsion of Patrick Andrade and goalkeeper Vozinha.

Sadio Mané is the Senegalese goal card. With a great goal he opened the scoring against the ‘Blue Sharks’, just before retiring due to the consequences of clashing heads with Vozinha -a move that earned the Cape Verdean goalkeeper a red card-. Bamba Dieng completed the win. Two wins, two draws, three goals for and none against are the discreet numbers of those led by Aliou Cissé.

Another of the contenders for the title, Morocco, also suffered more than necessary to overcome the struggling Malawi 2-1, who for the first time passed the group stage of a CAN. Gabadinho Mhango scored a great goal with claims to be the best of the tournament and shook the forecasts. But, although they don’t shine, Vahid Halilhodzic’s ‘Lions of the Atlas’ have formed a reliable team that has variants to reach the goal: a header by Youssef En-Nesyri and a free-kick bombardment by Achraf Hakimi were enough to finish with his enthusiastic rival.

The eighth place in the quarterfinals is Burkina Faso, who won the duel of ‘outsiders’ against Gabon on penalties after a 1-1 draw in regular time. The cast of Kamou Malo took the lead when he was having a hard time, courtesy of his captain Bertrand Traoré -who had missed a penalty minutes before-. Bruno Ecuele Manga, with the help of the decisive deflection in Adama Guira, equalized for the ‘Panteras’ in the epilogue of the match and when the ‘Colts’ had made long merits to sentence history earlier.

The quarterfinal menu will start with Gambia-Cameroon on Saturday at the Japoma stadium in Douala. Burkina Faso and Tunisia will then meet in Garua.

On Sunday, the Ahmadou Ahidjo stadium in Yaoundé, which had no quarter-final matches in the original schedule, will host two duels: Morocco-Egypt (relocated due to the Olembé incidents) and Senegal-Equatorial Guinea, which will not be played in Douala because of the poor state of the playing field in Japoma. In fact, for this reason, he will not have the semifinal that corresponded to him either, also transferred to the Ahidjo.

The Interview - Ricardo Pérez Manrique: "There is an authoritarian drift in some countries of America"