Surprise in a poll: Horacio Rodríguez Larreta is no longer the most beloved opponent among K voters 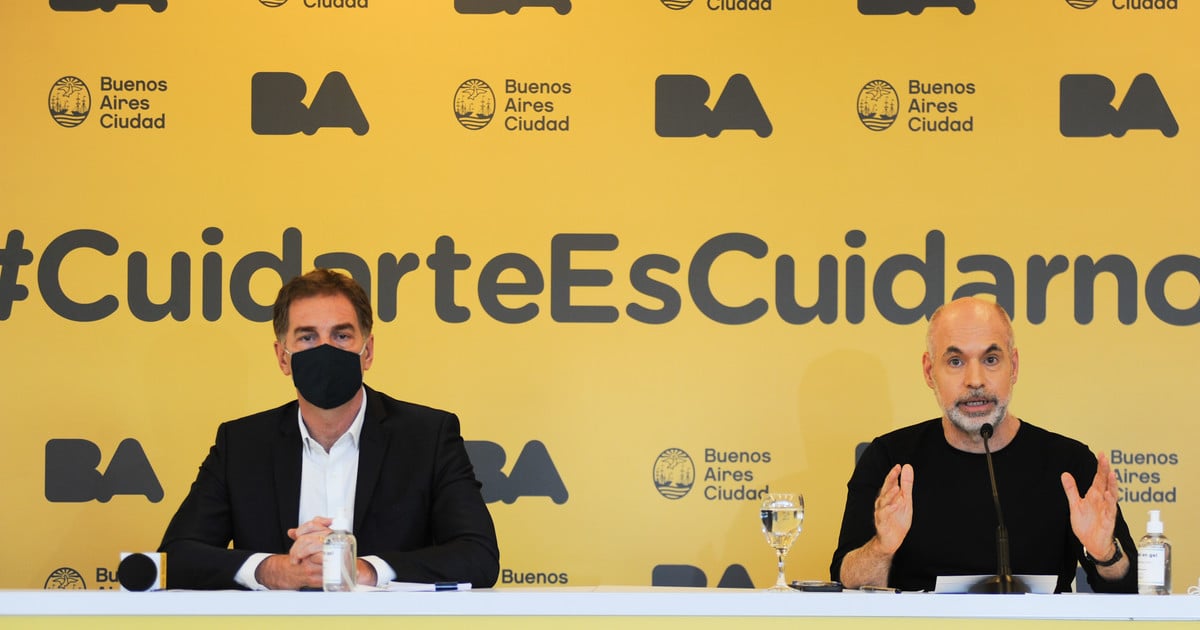 The difference is minimal, within the margin of error. But two referents of Together for Change achieved a small statistical triumph: they surpassed the head of government Horacio Rodríguez Larreta As the opposition leader with the best image among the voters of the Frente de Todos.

The “privileged” are Diego Santilli and Emilio Monzó. The Buenos Aires deputy chief and the former head of the Chamber of Deputies have something in common: Peronist origin and subsequent move to PRO. Now they share another ambition: a 2021 candidacy in the province of Buenos Aires.

.The new national survey reflecting these changes is D’Alessio IROL – Berensztein, two consulting firms that have been publishing a monitor for more than two years with the assessment of about 30 leaders. In May they surveyed 1,279 cases.

From the start, the report presents the conclusions on “social and political humor” of the Argentines. Within the images chapter, it stands out that Larreta remains a leader in the general table and anticipates the number of K voters who see it well: 22%. He sums it up like this:

– “Negative trends regarding the economic situation and government management. Hopelessness over the economic horizon has reached a quarter of the voters of the Frente Todos.”

Patricia Bullrich, at an activity in mid-March. In a poll, she was second in image. Photo Federico López Claro.

– “The current government’s management reaches the highest peak of criticism since its inception. Even among its own voters, it has lost 22 points since March of last year.”

– “Inflation remains as ‘the problem’ of all. The fear of contagion of Covid-19 affects more among those related to the Government, but they are also concerned about its economic impact.”

– “Rodríguez Larreta leads in a positive image even with 22% support from those who voted for the opposition. Along with Martín Guzmán and Diego Santilli they are the only officials with a positive balance. Two politicians also remain on the podium: Patricia Bullrich and María Eugenia Vidal “.

– “The officials who improve their position are: Guzmán and Jorge Macri”.

– “President Alberto Fernández and Cristina Fernández de Kirchner have maintained the same approval of 40% and 35% respectively since January. The vice president would see her support reduced in segments that most favored her (low-medium socioeconomic level and millennials)”.

After showing the general table of positive image, which Larreta leads with 52 points, followed by Bullrich (48), Vidal (47), Guzmán (46) and Santilli (45), the consulting firms publish the valuation data according to the political affinity of the respondent. Divide them into three large groups, according to the 2019 election: “Voted for Everyone’s Front”, “Voted Together for Change” and “Voted for others”.

Based on those results, Clarín put together two rankings: the image of the opposition leaders among the voters of the ruling party and vice versa.

They are data of positive weighting and therefore, in a context so marked by the crack, they were low. With a conclusion: K referents get lower numbers among opposing voters than opposition leaders among K voters. Or put more simply: Anti Kirchnerism is stronger than Anti Macrism.

How the K see the macristas

Image of the leaders of Together for Change among the voters of the Frente de Todos.

POSITIVE IMAGE BETWEEN THE K

D’Alessio and Berensztein publish data from 14 opposition leaders. Predictably, by polarization, among the worst seen among K voters is Macri. It adds only 11% of positive among the voters of the Front of All. The same as Elisa Carrió and Alfredo Cornejo.

In the case of Larreta, although he is still up, he could be suffering the attack that began Kirchnerism towards his figure almost a year ago. This attack started precisely because the Instituto Patria detected that the Buenos Aires head of government was a good match among K voters in the province of Buenos Aires. And there they went to damage it.

Also, as advanced ClarionLarreta is feeling the wear and tear of the almost public internal that he is leading against Macri and Bullrich for the opposition leadership and this year’s candidacies. Anyway, the Buenos Aires boss keeps good numbers.

Emilio Monzó (along with Diego Santilli) is the opposition leader with the best image among K voters.

The complete table that this newspaper put together based on the numbers from the poll looked like this:

1) Diego Santilli and Emilio Monzó: 23% positive image among respondents who voted for Frente de Todos in 2019.

Seen from the internal side, within Together for Change the leader with the best image among their own voters is Bullrich, with 87% positive. It is followed by Larreta and Vidal with 84%.

How opponents view the K

The ranking of leaders of the ruling party reaches fewer figures (11), but above all highlight much lower image numbers. What has been said, which bears repeating: anti-Kirchnerism is clearer than anti-Macrism.

One piece of data summarizes the rejection of the voter of Together for the Change to the referents K: the president, the vice president and Máximo Kirchner add just 1% of weighting in favor within that opposition electorate.

More tests: the leader is Guzmán, but with only 16%. And Minister Matías Lammens is second, with 5%.

How the macristas see the K

Image of the leaders of the Frente de Todos among the voters of Together for Change.

POSITIVE IMAGE AMONG THE MACRISTAS

1) Martín Guzmán: 16% positive image among respondents who voted for Together for Change in 2019.

Within your own electorate, the best viewed are Fernández (75% positive among voters of the Frente de Todos), Kicillof (73%) and Cristina (70%).