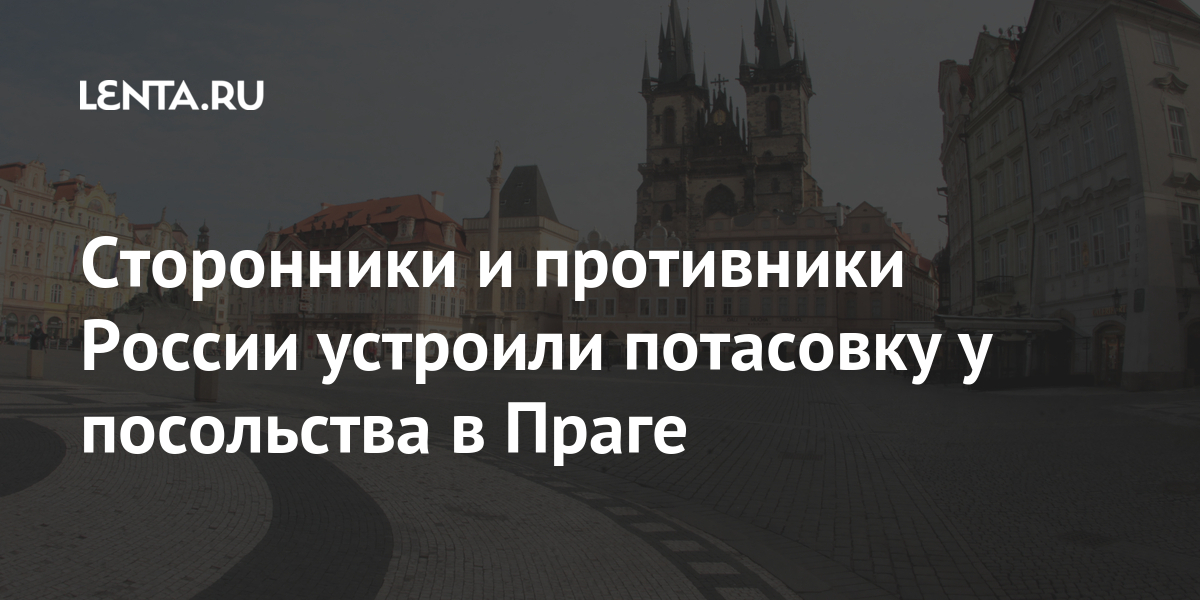 A rally was held near the building of the Russian embassy in Prague, which ended in a scuffle between supporters and opponents of Russia. One of the participants in the clash was detained by the police. It is reported by TASS…

The action was organized by the representatives of the civil initiative campaign “Million Moments” after the Czech authorities accused the Russian special services of involvement in the explosions that took place at the ammunition depot in Vrbetica in October 2014. About 100 people came to the rally, who came to the event with placards and banners with inscriptions that were offensive to the Russian authorities.

Soon after the end of the rally, a group of Russian supporters, in which there were more than ten people, came to the meeting place. One of the pro-Russian activists began broadcasting through a portable loudspeaker, but the protesters took away his microphone. Soon, a short skirmish broke out between supporters of different opinions, which was stopped by the police. Some people received fines for not wearing masks on their faces, and one of the protesters was detained.

The Czech Republic announced the expulsion of 18 Russian diplomats from the country on Saturday, April 17. Embassy officials are suspected of collaborating with the Russian special services, allegedly involved in the explosion at an ammunition depot in Vrbetica on October 16, 2014.

“Tatort” from Hamburg: Everything is blown up here

The City minimized the government’s intimidation of private schools: ‘They have no jurisdiction to order or warn’