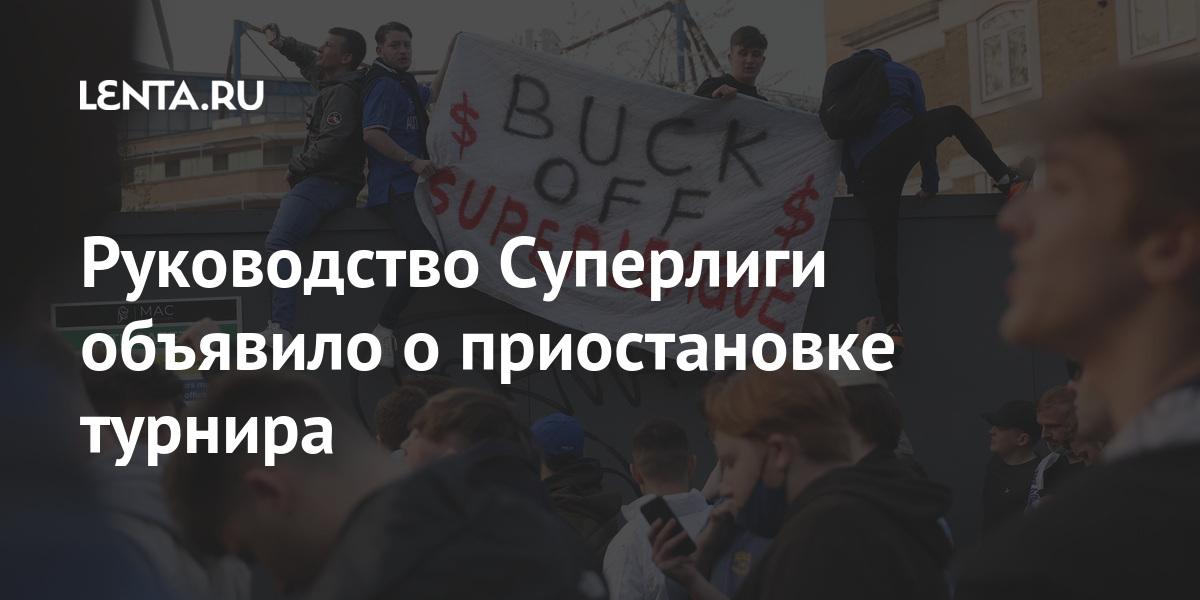 The press service of the European Super League announced the suspension of the tournament. The text of the statement in its Twitter cited by journalist Rob Harris.

The organizers noted that the new competitions are aimed at developing football and overcoming the difficulties that have arisen due to the coronavirus pandemic. In addition, the statement notes that the Superleague leadership will think over the steps to amend the project.

The Super League was announced on 19 April. The project was planned to involve 12 top European clubs for a separate tournament. However, on April 20, it was reported that the founding clubs would discuss the dissolution of the Super League. After that, it also became known about the decision of all English teams to leave the tournament.

After only two days: The Super League is about to end

Unexpected stumbling block on the road to recovery