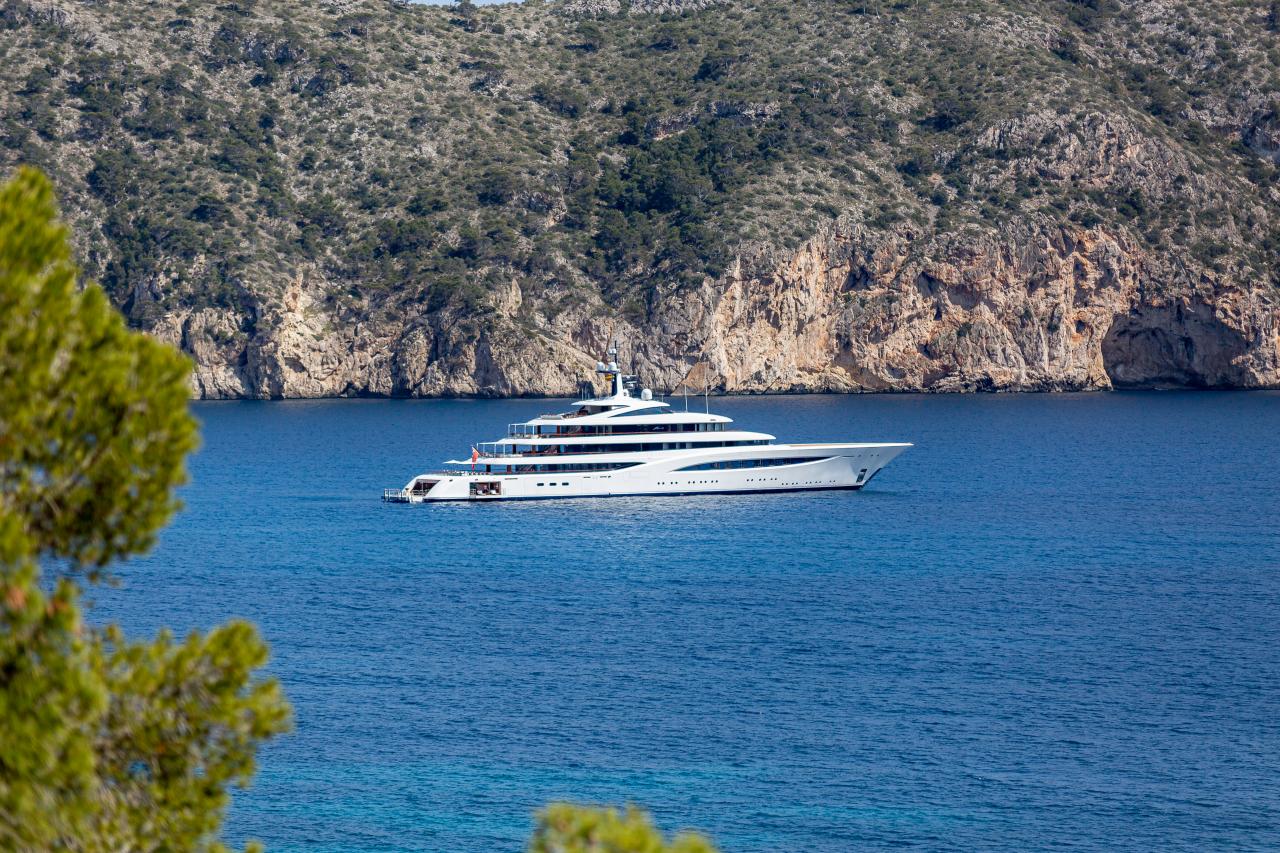 The luxury super yacht Faith dropped anchor in Camp de Mar this week. She is a 62 meter luxury superyacht owned by fashion magnate Lawrence Stroll. Previously known as Cakewalk, the yacht was originally built for Charles Gallagher of Gallagher Industries.

Gallagher sold her to Frank Fertitta who renamed her to Fortunato. She was then named Faith when she was sold to Lawrence. She is valued at 200 million dollars.

Notable features of the super-yacht Faith