Super TC2000: Julián Santero, the driver of the moment, won the qualifying race 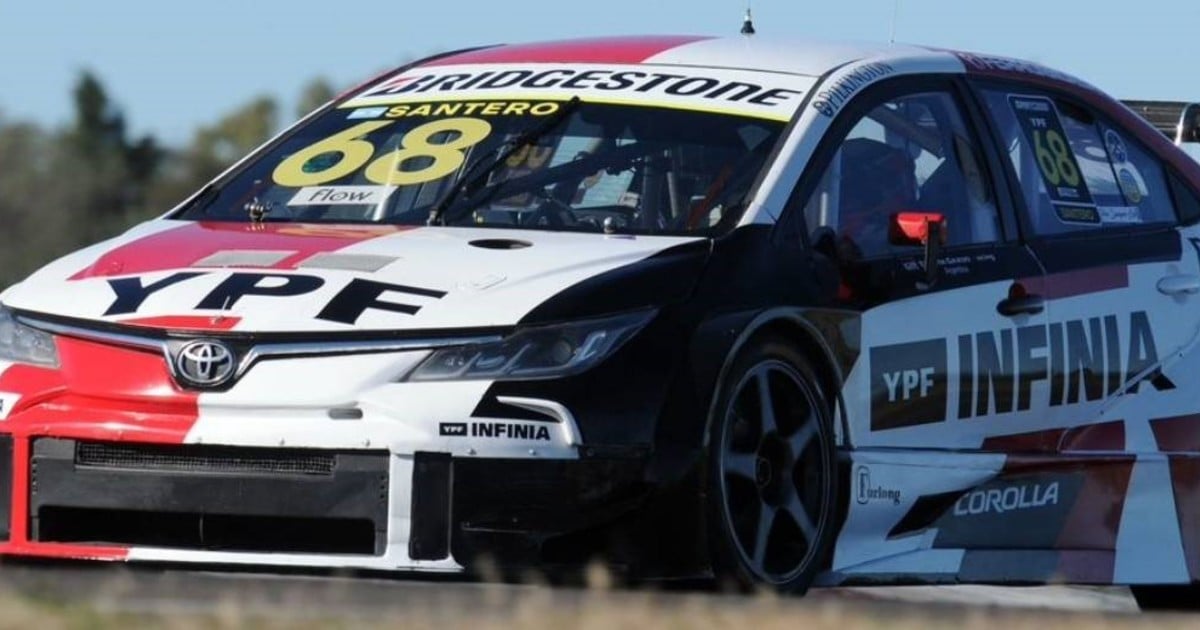 Julian Santero he is the rider of the moment in the Super TC2000. He came to the Toyota Gazoo Racing team, where Matías Rossi is the brand’s historical benchmark, and there he had patience. He was his squire, until he became strong and now seek his place.

On the last date, at the Buenos Aires racetrack, he had finished ahead of his teammate. A detail by no means minor, since there were no team orders. And now, in the qualifying race in Paraná, he accelerated hard and took the victory. Pole position had been awarded. He started from fifth place and advanced to victory.

“I was able to take advantage of the car in the qualifying race, where it is penalized. It is always very risky, but it could be done. They are nice points but the most important thing is that it places me in a great condition for the final on Sunday ”, commented Julián Santero after the victory.

It is the second victory in the Super TC2000 for the Mendoza rider, who this week, in a note to Carburando, had declared: “This year I am going out to fight for the title. Against everyone, including Matías Rossi”.

For the Toyota team it was not just another victory. It was victory number 56 for the team that represents the Japanese brand, which this Saturday in Paraná completed 300 races in the category. The first victory was precisely at the hand of Juan María Traverso, on the Entre Ríos circuit, in the 2000 season.

The competition started out very friction. Ahead, Renault teammates did not slacken. Matías Milla defended himself from Thomas Cingolani, while Fabian Yannantuoni, with a Honda, he managed to get into second place.

Matías Cravero starred in a spectacular dismissal, while Emiliano spataro suffered a touch and defected with the Toyota.

These track problems allowed the Super TC2000 brand new relaunch at par, a valid alternative to contribute in favor of the show.

While ahead Milla endured the onslaught of Julián Santero, who had achieved pole position but due to the penalty system he started from fifth placeBack, great champions of the championship suffered from various problems.

In a touch from behind by Agustín Canapino (Chevrolet), Leonel Pernía shot out. And almost at the same moment, the champion, Matías Rossi (Toyota) entered the pits for inconveniences in a rear tire.

Despite being last, Rossi ended in the tenth position, highly valued with a view to Sunday’s competition, since Saturday’s result determines the grid for the final.

With 9 minutes remaining, Milla suffered the loss of rhythm of his Renault. First Santero jumped to the tip of the race, while Canapino had also overtaken Milla, albeit with a yellow flag, for which he returned the place.

Franco Vivian, who had started despite a problem in the braking system of his Corolla, finally left the track and this generated the entry of the safety car, with a new relaunch at the same time.

Julián Santero got the first joy of the weekend. The mendocino comes from a controversial weekend, after a touch with Josito Di Palma in Concordia in the Tourism Highway. “It affected me because the networks punish you without respect,” he admitted.

Now he will have the opportunity to add big points to settle into the championship, which now has Facundo Ardusso (Honda), as the new leader, with one point more than Rossi (73). Santero already has 68 points (the same number he uses to compete) and he knows that right in the middle of the season, he can fit very well to strengthen his intention to fight for the Super TC2000 crown.

The Super TC2000 performs this weekend in Paraná on Big prize Carlos Alberto Reutemann, in tribute to the former Formula 1 driver, who died on July 7 in Santa Fe. Likewise, all the cars that compete at the Entre Ríos racetrack bear an inscription that reads “Forever Lole”Along with a black ribbon, Fiat Competizione cars also feature an inscription on the nose of their cars. Precisely with this category, Reutemann had risen for the last time to a racing car, in an essay in Buenos Aires, in 2014.

Thiago, another winner of the Pernía dynasty

In the Formula Renault 2.0 a historical name within motorsports registered his first triumph in the discipline. Thiago Pernia, son of the former Super TC2000 champion, Leonel, was victorious in a rugged competition at the Paraná racetrack.

Pernia, grandson of former footballer and also pilot Vicente Pernía, came to victory after 23 races in Formula Renault 2.0. After starting from sixth place, he was able to take advantage of some friction and was very astute to overcome other people’s problems and thus build the long-awaited victory, by going to first place on the initial lap.

The podium was completed Isidoro Vezzaro and Leandro González, who stood out after starting from 11th position.

“It is a dream come true to win in a national category. The most beautiful thing was give my dad a hug at the end of the race. It’s incredible ”, commented Thiago, who added:“ I took advantage of the inconveniences that happened ahead, and from there I headed to the top of the race ”.