Sunglasses can control the degree of blackness over the phone! 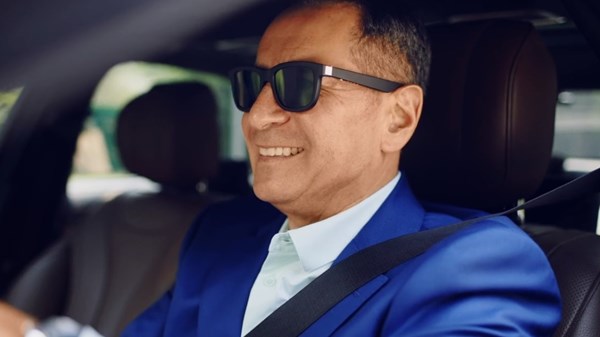 Ahmed Atef (Cairo) The startup Amber has created new sunglasses, which may change the future of sunglasses in the coming years, through an innovative feature that enables the user to change the degree of darkening of the glasses over the phone.

The company called the glasses Dusk, and it can be connected to the user’s phone, through a dedicated application, that enables the person to change the darkening of the lenses’ color, with all different shades. The idea began through the financial support collection site IndieGoGo, when the company tried to raise 15 thousand dollars, in order to start implementing models of innovative glasses, but those responsible for them were surprised by collecting about 185,000 dollars, or more than 1000% of the target amount.

The glasses have other features, as they are equipped with external speakers and a microphone, which allows the user to receive calls and listen to music, through the application itself.

It is expected that the new glasses will reach users during the month of August, at a price of $ 250, but at first they will be available to people who have contributed to supporting the company through the fundraising site, and the company has not announced when it will be available in the market more until now.