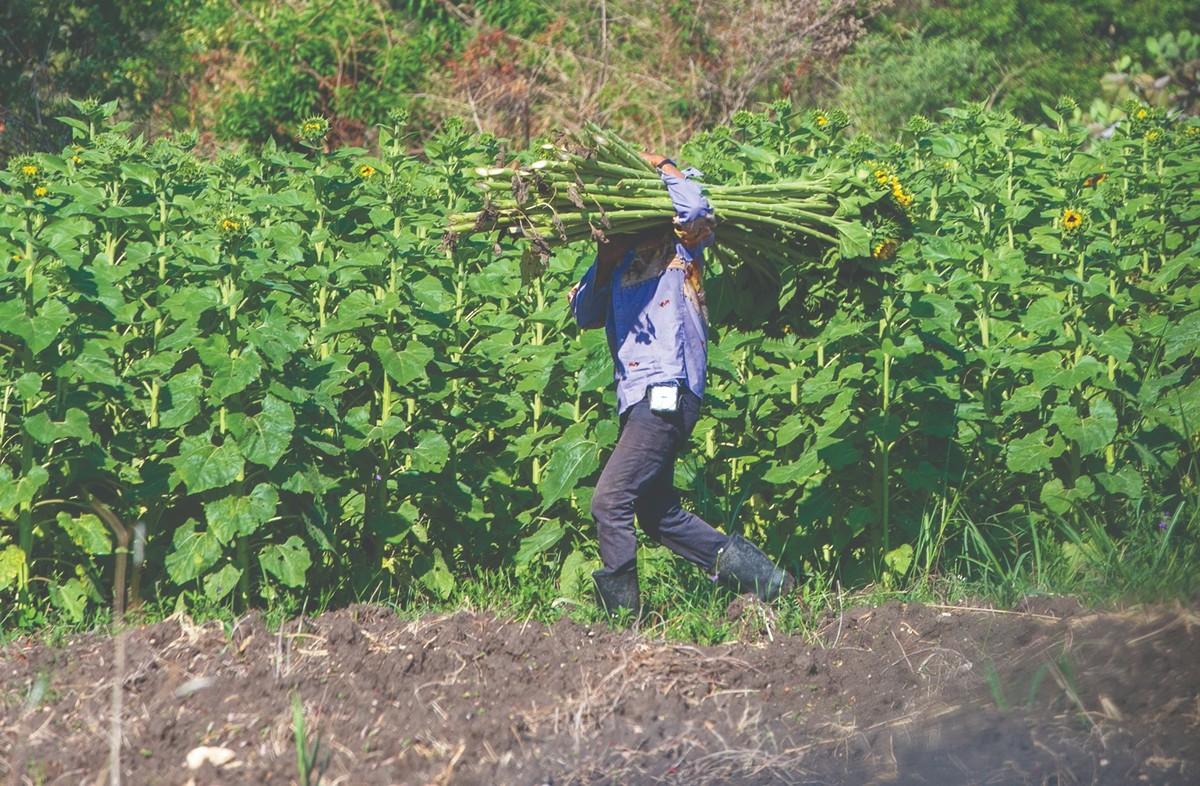 Valle de Bravo is a municipality that has more to offer than just tourism and entertainment, since it has strawberry and sunflower crops that grow with the particular heat of the southern region of the State of Mexico.

These lands are located behind the vicinity of the dam that is part of the Cutzamala System, a perimeter that is full of life, crops and families that are dedicated to agriculture, in a place known nationally for the exclusivity of its residential areas, resting places for politicians.

Ilario Navarrete Berros is originally from Santa Teresa Tilostoc, a community that contrasts with the eccentricity of the wealthy areas of this municipality, which will be governed from next year by the National Regeneration Movement (Morena).

“I am dedicated to the production of strawberries and what is corn and we are also dedicated to producing what is called the plan to reproduce plants and transplant plants so as not to buy plants from outside, but to produce them right here in this area that is Santa Teresa ”, he expressed in an interview.

For him, everything is a ritual because the strawberry has to be planted exactly on February 2, Candlemas Day.. The argument is the climate, since if they are successful they will be able to transplant adequately in August and September “Here in this area it is the best you can see in the Valle de Bravo area, which is the strawberry, because it is what most attracts the attention of the people when taking it to the market, it attracts the most attention is the strawberry more than anything ”.

One of the statements that attracts the most attention is the color of the strawberry that maintains an intense red, in addition to the taste and quality, they assure, is much higher than those of Guanajuato, this is a consequence of the climate of southern Mexico.

Manuel Berros is also dedicated to planting. Squatting, the elderly man with a gesture marked by time, remembers that the first time he worked with the strawberry was in 1986 on the recommendation of his friends.

The fruit originally from Villa Guerrero, in that decade, became one of his favorites and star products. “After I became independent and began to plant a few, the most that I have managed to sow is only half a hectare … One dedicates himself here to the fields, we live on this”. The support that most of them requires for their work is related to production, such as fertilizers and fertilizers that help to harvest with better results.

Saúl Reyes López is president of the Valle de Bravo Flower Growers Association and He is fortunate to presume that his family is a pioneer in the planting and harvesting of sunflowers, a flower whose popularity has remained in the municipality. The resident of Santa María Pipioltepec affirmed that the inheritance of this trade and product is part of his father’s legacy.

“For me it is something wonderful because I have always liked the field, from my father who was the first sunflower producer, 30 years ago we started and from there I have liked it a lot, from there the family has supported itself, from there we employ many people and those people have also sustained themselves just like us. Before we were paperians and my father had a friend in Villa Guerrero, that friend was the one who encouraged him to start growing that flower… 30 maybe a little more, but we were really the first in this activity ”.

Its activity qualifies it as spectacular due to the growth of the stems, buttons and at the end the harvest of the same, which has made them popular in the south of the state, a region where the and flower harvest is one of the main economic activities. “We already have this rein with my brothers and hopefully our children too, there they want to, hopefully also with this activity that is very beautiful.”

One of the phenomena they face is the reduced number of producers, since over the years they have been decreasing. In total, there are 13 producers that are part of their association, however, they have the door open to more.

“The lack we have the most is sunflower seed, if we were able to have support, the authorities would make things easier for us and another support would be fertilizers that also go up a lot, they are very expensive for us, so sometimes the profit goes away in the seed and the fertilizers ”. Some of the things they share are living in a tourist town and having their products that are sent to Mexico City current.