Summer, vaccines and infections with the Delta variant in Italy: a mirror for what is coming in Argentina? 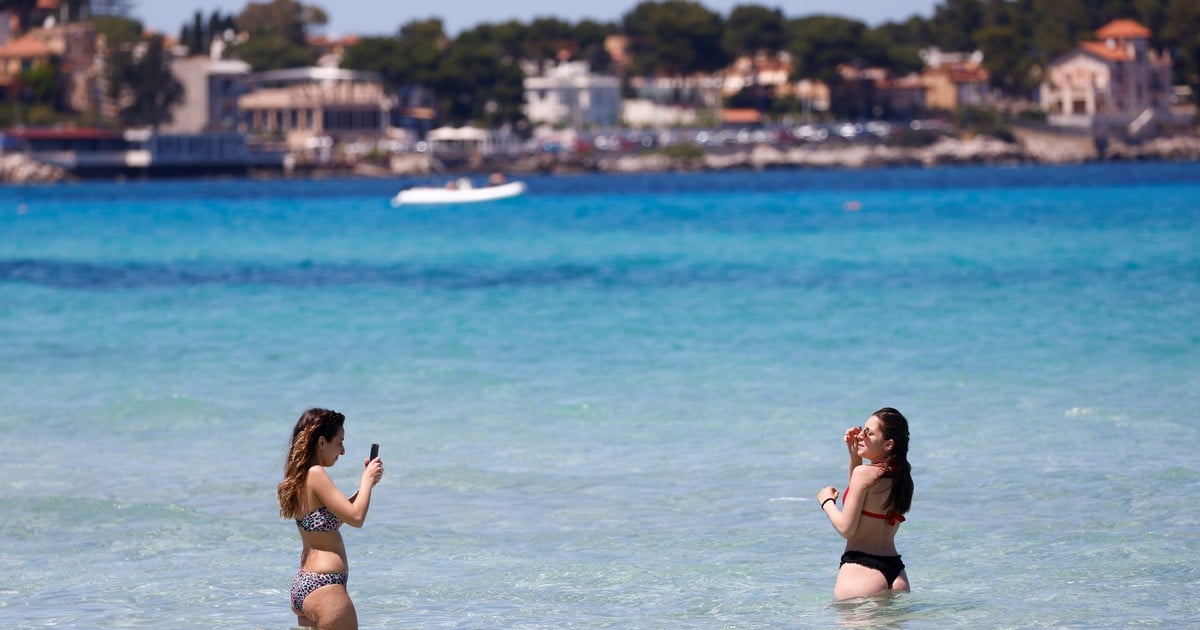 The happy summer of Italians is shipwrecked with the Delta variant of coronavirus that multiplies rapidly due to its contagion capacity and that quite possibly will also attack in Argentina because it spreads all over the planet. Once again, the European experience anticipates what will play months later in the Southern Hemisphere.

Italians’ dreams of a happy summer at the beginning of the boreal summer season have become unknown: half of the inhabitants over twelve years of age, some 27 million, have completed the two doses of immunization. But many remain to be vaccinated. And at least another 17 million face defenseless the Delta variant, much more contagious but not more lethal.

How fast the infections grow is awesome. The infections were 300-400 daily at the end of June and on Sunday they passed the three thousand. Experts estimate that by the end of July they will have exceeded 10,000 cases every 24 hours and in August they will reach 30,000.

After enduring a second and third wave, which doubled the death toll of the first since October 2020 and this left a total of 127,795 fatalities, the first in Europe, the second summer with the pandemic looked like the farewell to the nightmare.

Millions of Italians went out or booked their vacations inside and outside the peninsula.

Despite the infections, the drop in the most negative data is reflected until today. This Sunday, the death toll dropped to three across the country, in intensive therapy rooms that can receive up to eight thousand seriously ill patients reside just 157 and in hospital areas only 2% of internees remain.

It is the growth of cases, which seems crazy, which explains the severity of the threat from the Delta variant. The Italian victory in the European championship is hitting a tail, especially in Rome.

The bar and pizzeria “Clifton”, where many young people in the Monteverde neighborhood raved with joy as they watched the game in which Italy defeated Belgium on television, is now a sad memory that has been left behind. 97 infected.

Rome, capital of the Lazio region, brought national joy and celebrations to a climax in the victory celebrations on Monday 12, when the uncovered bus with all the players paraded through the center of the Eternal City and ended in distant embraces. due to the pandemic of the President of the Republic, Sergio Mattarella.

Fans welcome the Italian soccer team on the Via del Corso in Rome. Photo: EFE

A journalistic title sintered the collective drunkenness: “We will pay for these excesses.” The numbers of the infections that are multiplied contain the results of the massive violation of sanitary prudence.

Also in the rest of Italy similar revelries were lived impossible to contain. Roma and Lazio recorded an increase in 178% in infections.

The arrival of the Delta variant, which is taking over all of Europe, suddenly ruined the happy summer. Last year the second wave came in early October. Now, instead, the pandemic returned to center stage in the middle of summer, in July, which is equivalent to Argentine January.

And in August, our hot February, the prospects are worse they mark days with probable 30 thousand infected per day.

“The virus has stolen our summer,” said a young woman before the television cameras. In a flash cancellations rain down of reserves abroad and in Italy itself. People want to prepare again for the restrictions that hates.

Hundreds of young people who have traveled in groups to Malta or Dubai with programs to have fun and learn English, they are returning on special flights after living humiliating quarantines and mandatory isolation for those infected.

The government studies following in the footsteps of France, which implemented a “green pass” (green pass) mandatory to enter bars and restaurants, cinemas, dance halls, stadiums and all centers where the danger is the crowds and the surroundings that infect. It was announced that five million people over 50 and another six million under 30 remain unvaccinated.

People have lunch in a restaurant in the center of Rome. Photo: EFE

The strategy of “Green pass” it is revive vaccination centers, in which volunteers thin to get vaccinated. Since August, the European pass would be mandatory to use long-distance means of transport, go dancing, swim, make iron in gyms or have fun in stadiums, theaters, cinema and dance halls, only suitable for vaccinated people.

To get the “Green pass” you need to get both vaccines and wait fifteen days after the second, to ensure immunization.

General Francesco Figluolo, who commands the massive campaign of inoculations in hundreds of centers, announced that it has been decided re-anticipate the times for the second doses, reducing them to 21 days for Pfizer and Moderna, the two vaccines considered “common knowledge” as the safest.

Green passport to go to the gym, one possibility. Photo: Reuters

New days are being organized called “Open Days”, in which it is possible to be vaccinated without making reservations previous in various parts of Italy.

Cities such as Rome, Turin, Genoa and Napoli accepted the invitation of General Figluolo, while cities and seaside islands vaccinations are offered to tourists they stay at least two weeks.

In Bologna, anti-virus syringes have been brought to popular markets. On the motorway of the sea in the south, boat rides include vaccinations between Naples and Sicily.

Scientists warn that in Spain, where the action of the Delta variant began earlier than in Italy, exists already the experience of the significant increase in intensive care hospitalizations.

A Venice resident receives a coronavirus vaccine on board a ‘vaporetto’. Photo: Reuters.

The most fragile candidates for the Indian virus, where the now christened Delta was born, are those over 60 years of age not vaccinated, which in Italy add up to 2.5 million. Those who have received a single dose have low protection. The immunized who are infected, say the specialists, get sick less and have many possibilities of avoiding hospital, intensive care and death.

A serious problem is that Italy will receive 45 million doses from international laboratories, half of what was promised, in the third trimester, almost all from Pfizer and Moderna.

The arrival to stay of the Delta variant and its contagion power stimulates a more threatening specter. That of the appearance of a variant resistant to all vaccines.

The World Health Organization noted that the danger exists. To deal with it, a new dose would be necessary to deal with the bad news. Pfizer, Astrazeneca, Moderna are the laboratories that are doing the most advanced studies that would force new, colossal efforts worldwide.