Suicides among the police: a massacre that does not worry the legislator 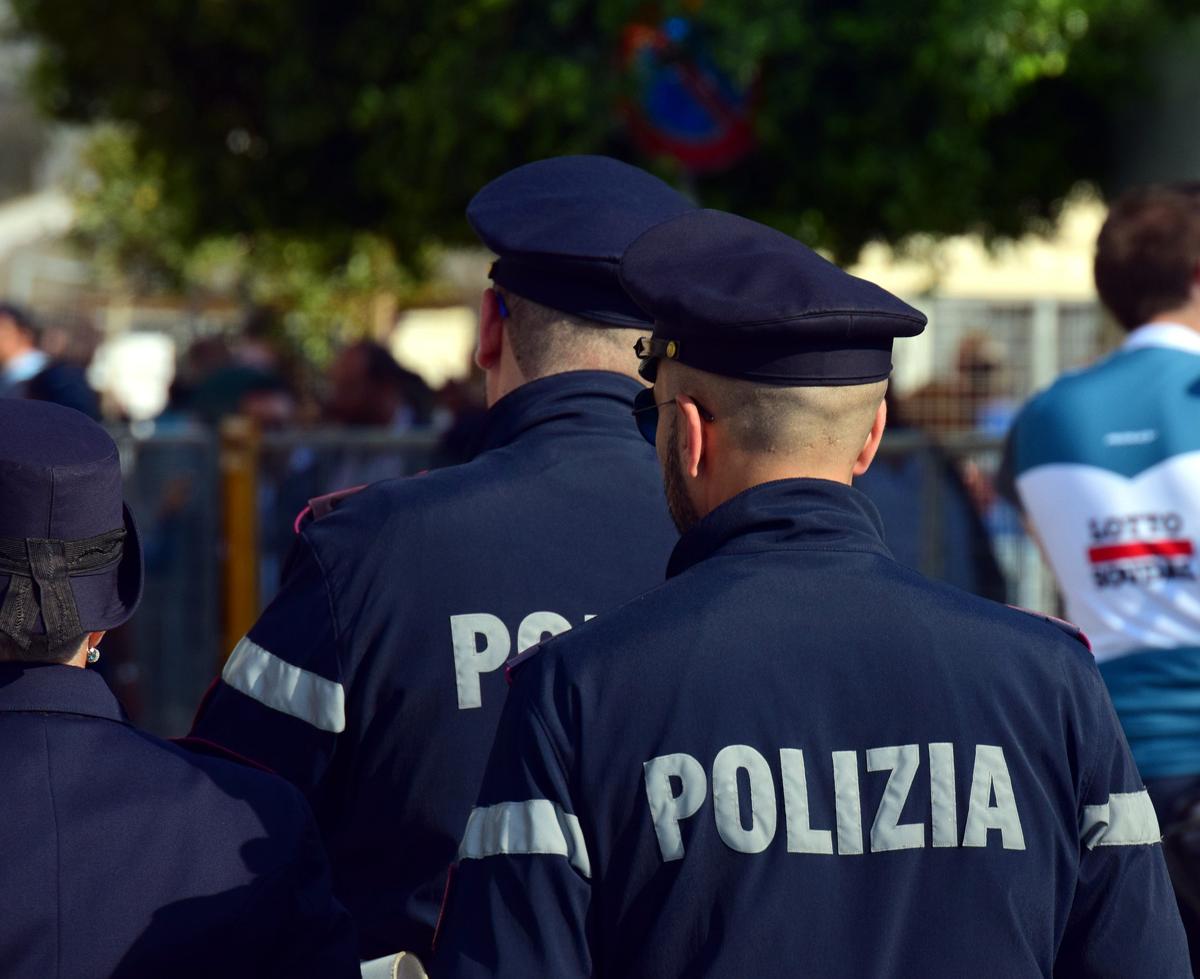 Suicides among our law enforcement agencies from the Police to the Carabinieri, from the Guardia di Finanza to the Penitentiary to the local police is and remains a silent phenomenon that continues to claim many victims from year to year. The latest cases date back to just a few days ago. At the Brindisi Navy, a 21-year-old soldier took his own life by shooting himself with a service pistol aboard the coastal patrol vessel he was working on. In Binasco, a small town on the outskirts of Milan, it was instead a carabiniere who committed suicide, always shooting himself with his service pistol in the Carabinieri station.

This military is only the latest “victim” in a long series. A silent tragedy, as told by the book The darkness under the uniform of the journalist Sara Lucaroni. There are many stories collected in this volume, there is that of Bruno Fortunato (the policeman of the Polfer who arrested brigatista Nadia Lioce) that of Fedele Conti (captain of the Guardia di Finanza during the investigation into the Unipol BNL takeover), that of Daniela Da Col (inspector of the Municipal of Florence) and there is also that of Santino Tuzi, the brigadier of the Carabinieri who with his testimony has reopened the investigation into the “crime of Arce”, the death of Serena Mollicone, whose process has just begun in Cassino.

Mysterious deaths, hidden by the darkness of silence. Between 2001 and 2020 suicides among the Police Forces reached the figure of 891. Almost 900 lives taken for reasons that too often remain unknown. A worrying fact that becomes even more frightening when compared with the suicides of the general population. According to data collected by Silp (the union of police workers), 7 out of 100,000 people take their own lives in the 25/64 age group. When it comes to the Carabinieri, the rate is 15.7 per 100,000. And that’s not all. The rate for the Guardia di Finanza is 10 per 1,000,000, while that of the State Police is 18.27 per 100,000. But the most worrying figure is that concerning the Penitentiary Police where the rate rises to a frightening 28.65 per 100,000. Numbers that must make people think and push those who have the power to do something concrete to reverse this negative trend.

During Fascism, suicide was obscured so as not to question the power of the Duce. Italy had to be a happy country and everyone had to do their part. In a sense, we still live on this historical legacy. In the collective imagination, the police cannot show themselves weak. It is often forgotten that behind the uniform there are people in flesh and blood, and who today are risking their lives to protect their country.

If I think of those Italian soldiers, who returned to Italy after defending freedom in Afghanistan for years in the silence of the institutions, I feel only anger and disappointment. In that country 55 men died and 753 were injured and no one was there to welcome them when they returned home. Do we respect or not the uniform these men wear every day? But above all, do we respect men beyond the uniform, beyond the rhetoric?

It would take little, in my opinion, to be able to put in place concrete solutions that can really help and psychologically support the military and civilians who wear a uniform to face and solve the problems that during their career they may find themselves experiencing and all this without get to suspend them from service as unfortunately often happens. In some barracks, listening centers have been set up for those who believe they have some psychological distress. The legislators, however, have never raised the problem that citizens in uniform may be afraid to open up totally, to confide in all the problems that afflict them because they fear suspension from active service and the consequent reduction in salary. I think it is easy to understand that a soldier or a policeman, who lives honestly from his job and that with that hunger salary he receives it is difficult to support himself and to support his family, certainly would not want to be suspended from service and consequently see that of his. they already put down even more salary just because he confided his problems and anxieties to a psychologist made available by the administrations where he works.

There are several factors that can lead to suicide. Stress, frustration, family problems, exposure and absorption of the problems and social contradictions of their environment; intimate lacerations that are often resolved with the service weapon (88% of cases) and family members are sometimes also victims.

I am Andrea Pasini, a young entrepreneur from Trezzano Sul Naviglio, a town in the province of Milan, and since I was a child I have had a real passion for the uniform. I have a deep esteem and a sincere feeling of affection towards all the women and men who honestly serve our state, proudly wearing one of the most precious symbols of our country: the uniform. I have many friends within the law enforcement agencies. People of any rank, from the simple Carabiniere to the General, from the policeman to the Quaestor, and I very often find myself talking to them, collecting their outbursts and congratulating them for the hard work they do every day. The issues on which we find ourselves most often confronted and on which the non-commissioned officers emphasize me as very sensitive for their professional life and which consequently touches them psychologically are the following. There are four moments that mark the life of each soldier and that affect personal professional fulfillment and consequently personal and family well-being: transfers of headquarters, characteristic annual judgments, disciplinary sanctions and service merits. It is a theme that should make us seriously reflect and above all make the leaders of all the institutions of the Police and the legislator reflect. These are issues that can destabilize the psychological serenity of a soldier both for the better but above all for the worse. In fact, it is necessary to underline and realize that in each of these moments the will of the superior constitutes and replaces the principle of legality.

That is, in each of these moments the will of the superior is law. It is law as, to date, the system is not regulated and is in the total absence of clear rules and, above all, the same for everyone. It is therefore important to start from the principle of legality which is nothing more than the perimeter of power: that is, the law. A power that is not delimited by law is incompatible in a state of law and is potentially exposed to arbitrariness. Many times, in fact, the decisions made by superiors on unregulated but personal assessments cause a military or civilian wearing a uniform to a state of depression, resentment and disappointment and consequently all this leads to psychological destabilization.

The phenomenon of suicides by members of the police is alarming and should be urgently investigated. I state that before being hired by the armed forces and police, citizens are subjected to in-depth psychic analyzes, the overcoming of which is not within everyone’s reach. This demonstrates that psychic problems, which often lead to extreme gestures, were not present before enrollment. Therefore, we must consider the fact that it could be the working environment in which they live and work that negatively affects the psychic balance of citizens in uniform.

It should be emphasized that the Defense and Interior Administration are close in ways, albeit different, to the needs of military and civilian personnel, but both always start from the assumption that the reasons for the inconvenience are attributable exclusively to mere personal and family problems. . And this is deeply wrong.

A certain current of thought maintains, in fact, that the motivations underlying suicides are all attributable to factors that we can define, using an improper but significant term, physiological; that is, they would be attributable to the stress connected to the work performed (during which one is often in contact with suffering and death) and, above all, to problems of a personal and family nature (a separation, an incurable disease, a sudden bereavement). The availability of a firearm then turns discomfort into tragedy.

However, the incidence of these factors, which is certainly preponderant on the phenomenon of military suicides, alone is not enough to explain all “suicidal events” (as they are officially defined). Even nurses and, in general, all hospital staff and example are in daily contact with suffering and death. Yet in hospital wards the suicidal phenomenon is not so widespread.

Several studies, conducted abroad, have made it clear that suicide is frequent in institutions characterized by peculiarities such as a high degree of control over the staff, a low degree of decision-making autonomy and a low degree of freedom of movement. Institutions of this type are military or militarized institutions. But even this is a reason that, alone, cannot justify all these deaths.

A parliamentary commission of inquiry should urgently be set up that has free access to all personal files and registration sheets of victims of suicides and of all soldiers who, after being drafted, have psychological problems to understand this phenomenon. The unpleasant perception is that the state does not protect its security men sufficiently and too often leaves them to their fate.