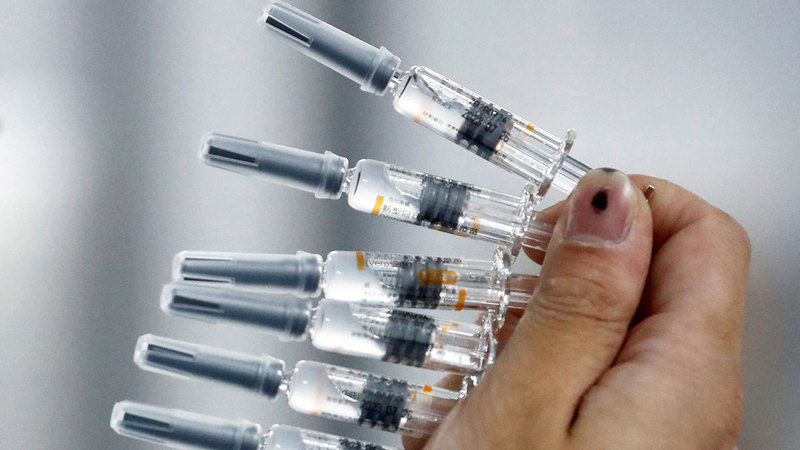 A family medicine specialist at Fakeeh University Hospital, Dr. Adel Saeed Sajwani, confirmed that “the symptoms of infection with the new (Corona) virus have changed due to the new mutations,” noting that “in the past, the patient had a high fever, cough, and shortness of breath, But with the delta mutant, new symptoms appeared, most notably a runny nose or cold, and sneezing, in addition to severe or sudden headaches, even with those who received the vaccination,” calling on those who feel a headache to undergo a PCR examination.

Al-Sajwani explained that the “Corona” virus has proven to the world the need to anticipate the future in the medical sector, and that scientific research should be the top priority for all countries of the world, noting that “the virus has a superior ability to mutate, just like influenza viruses.”

He told “Emirates Today” that the emergence of the new mutation of “Corona”, known as “Delta”, was expected, as a result of the lack of demand for the vaccine in some countries, such as India, which recorded the first appearance of this fierce mutant, after the virus multiplied inside the body. A person who is not immunized or vaccinated, especially since “delta” has the ability to evade the body’s immune system, and is characterized by a very rapid transmission from one person to another.

Al-Sajwani added: “In the past, a person needed to contact the infected person for a number of minutes for the infection to be transmitted to him, but with (Delta) it does not take more than 10 seconds, which confused the world, especially since this mutant has become almost universally prevalent after its detection. In about 95 countries, however, despite its ferocity and the speed of its spread, the anti-virus vaccines are still able to deal with it in good proportions, and most importantly, the vaccines protect against severe infections, and turn them into mild infections.

He said, “We are talking about sudden, or new, headaches, not chronic headaches. Not every headache is a symptom of (Corona), but it has become medically known that (Corona) may cause a headache, and given the rapid spread of the virus, care must be taken that the examination be It is necessary so that the infected person does not spread the infection to others without his knowledge, even among those who have received the vaccine.”

He stressed the need to vaccinate children and pregnant women “because the vaccines protect the vaccinated from complications of infection with the virus,” stressing that “there is no scientific study to date that proves that the (delta) mutant is more deadly than the previous mutant, but the rapid spread of this mutant increased rates of infection, and with it. Death rates have increased.”

According to the Ministry of Health and Community Protection, the susceptibility to the spread of the new “Corona” mutant, known as “Delta”, increased by about 40-60%, which doubles the risk of hospitalization after infection, compared to the previous “alpha” mutant, especially among patients who suffer from infection. other health conditions.

The mutated strains of the virus include a group of genetic mutations, as a large number of mutations have been recorded for the “SARS Cove-2” virus that causes “Covid 19”, most of which did not cause a change in the characteristics of the virus and do not pose a danger, but there are a few of the observed mutations that cause some characteristics to change. Virus, such as an increase in the speed of transmission, a change in the severity of the associated disease, or an effect on the performance of vaccines, therapeutic drugs or diagnostic tools.

By following up on the national monitoring systems, it was noted that the most prevalent strains in the country currently are the “alpha”, “beta” and “delta” strains, which are mutated strains, monitored in many countries of the world, which calls us all to join hands, unite efforts, and speed up taking vaccinations.

The ministry stated that, based on the genetic investigation system for strains in the country, the most common strain is the “beta” strain, followed by the “delta”, and finally the “alpha” strain with 11.3 percent.

The most common strains of “Corona” in the UAE

• “(Delta) is able to evade the immune system and cause infection very quickly.”

• “Anti-viral vaccines protect against severe infections and turn them into mild ones.”