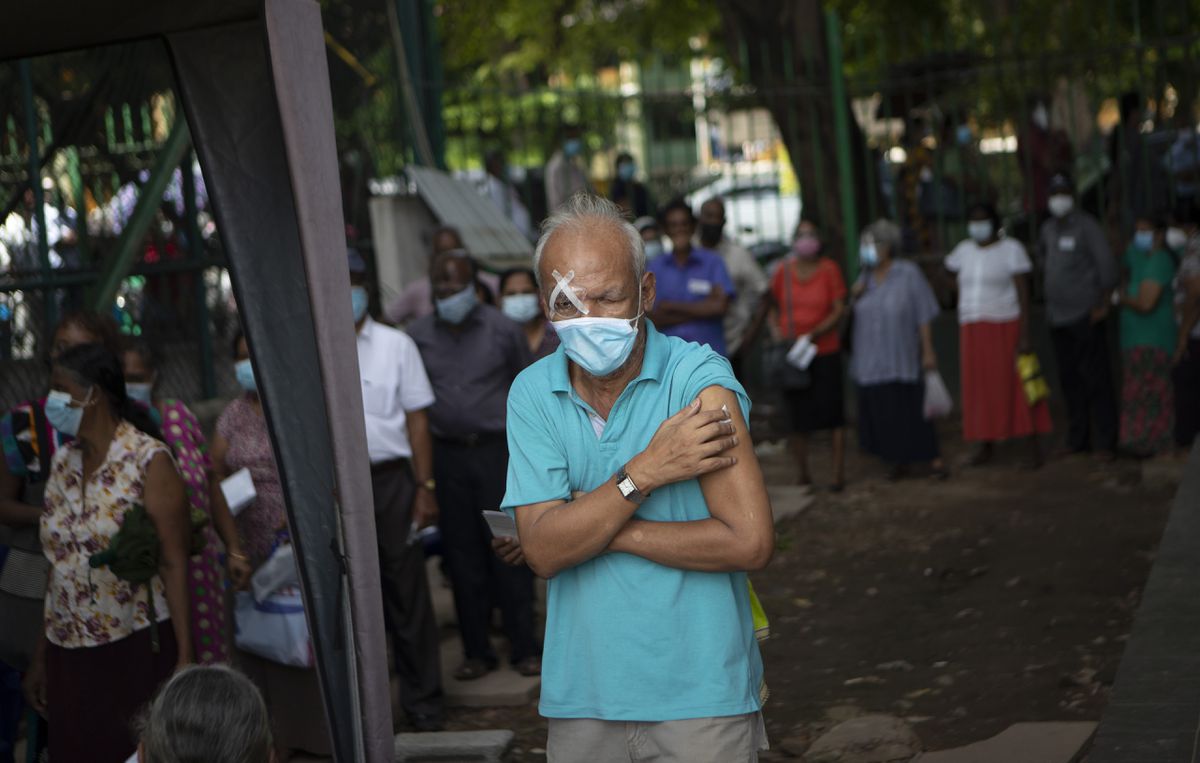 A study published this week suggests that a single dose of Pfizer or Astrazeneca vaccine does not generate sufficient levels of protection against the new delta variant, which is becoming dominant in many countries around the world, including Spain. The work has important implications for all citizens who have not yet received the second puncture, especially those older who are still waiting for the second dose of AstraZeneca.

The analysis carried out by researchers from the Pasteur Institute in France and published in Nature also brings good news. The two doses of both vaccines are capable of blocking the delta variant, although the level of protection is slightly lower than with the other versions.

The delta variant was first detected in India last October. It is already present in 98 countries. It is thought to be 60% more contagious than the Alpha variant, initially detected in the UK. Delta has several mutations that could make antibodies generated by people who have had COVID or those who get vaccinated not as effective. In Spain, this variant accounts for 11% of the cases detected, although this version is already the majority in four autonomous communities and the health authorities warn that its presence may be greater than that detected.

The new work has been carried out in the laboratory and has been based on measuring the effectiveness against the virus of antibodies, the proteins of the immune system capable of blocking the entry of the pathogen into cells. The team has analyzed whether the antibodies of people who have had COVID and those who received one or two doses of the vaccines neutralize the delta variant. They have also tested the neutralizing ability of Bamlanivimab, an antibody-based drug manufactured by Eli Lilly. The study has analyzed a total of 162 patients, 59 of whom received one or two doses of the vaccine.

An official UK study of more than 14,000 infected with the delta variant showed that the Pfizer / BioNTech and Astrazeneca vaccines prevented more than 90% of hospitalizations

The results show that the antibodies of people who have passed the covid are not very effective against the delta. But this effectiveness increases several orders of magnitude when it comes to people who had the disease and also received a dose of vaccine. It is a scenario similar to that seen with uninfected people receiving the vaccine. Antibodies generated with a single dose of Pfizer or Astrazeneca fail to stop the virus in laboratory culture dishes, but they do when the full regimen is in place. The study also shows that the mentioned antibody is not capable of neutralizing delta.

These laboratory results complete what was seen in real cases. An official UK study of more than 14,000 infected with the delta variant showed that the Pfizer / BioNTech and Astrazeneca vaccines avoided more than 90% of hospitalizations. Of course, a single dose of the vaccine is 17% less effective against the new variant than against the rest.

Despite these good results from their vaccine, Pfizer and BioNTech announced yesterday that they have already manufactured a new version of their drug specifically designed to combat the delta variant. Companies hope to start clinical trials in August, as detailed in a statement. Both companies are also promoting a third booster dose of their conventional vaccine. A third puncture increases the levels of antibodies against the beta variant between five and ten times, according to “initial” data provided by the company and that have not yet been reviewed by independent experts or published in a scientific journal.

Pfizer’s data is in contrast to that provided by Moderna, maker of the other messenger RNA-based vaccine. Ten days ago the company announced that they have only observed a “moderate” decrease in the level of antibodies generated by their vaccine against the delta variant. “These new data are encouraging and reinforce our confidence that the vaccine should continue to protect against the new variants detected,” explained Stéphane Bancel, CEO of Moderna in a statement.

Marcos López-Hoyos, president of the Spanish Society of Immunology, explains that the new study is in line with other similar previous data. “The protection of the first dose would drop a lot, while that of the second would remain at an acceptable level, but also somewhat lower,” he says. “In part this is what is fueling the fifth wave among the population that is not fully vaccinated. Here the group of elderly people who are waiting for their second dose of Astrazeneca and who could be vulnerable to the delta variant is especially worrying ”, he adds. In any case, the immunologist warns that these works are focused only on antibodies, when it is known that the immune system has other very efficient effective against viruses, especially T lymphocytes, which are capable of remembering pathogens for years and that have so far been shown to be effective against the newer variants.