Students vs. Teachers: The Battle of Notes 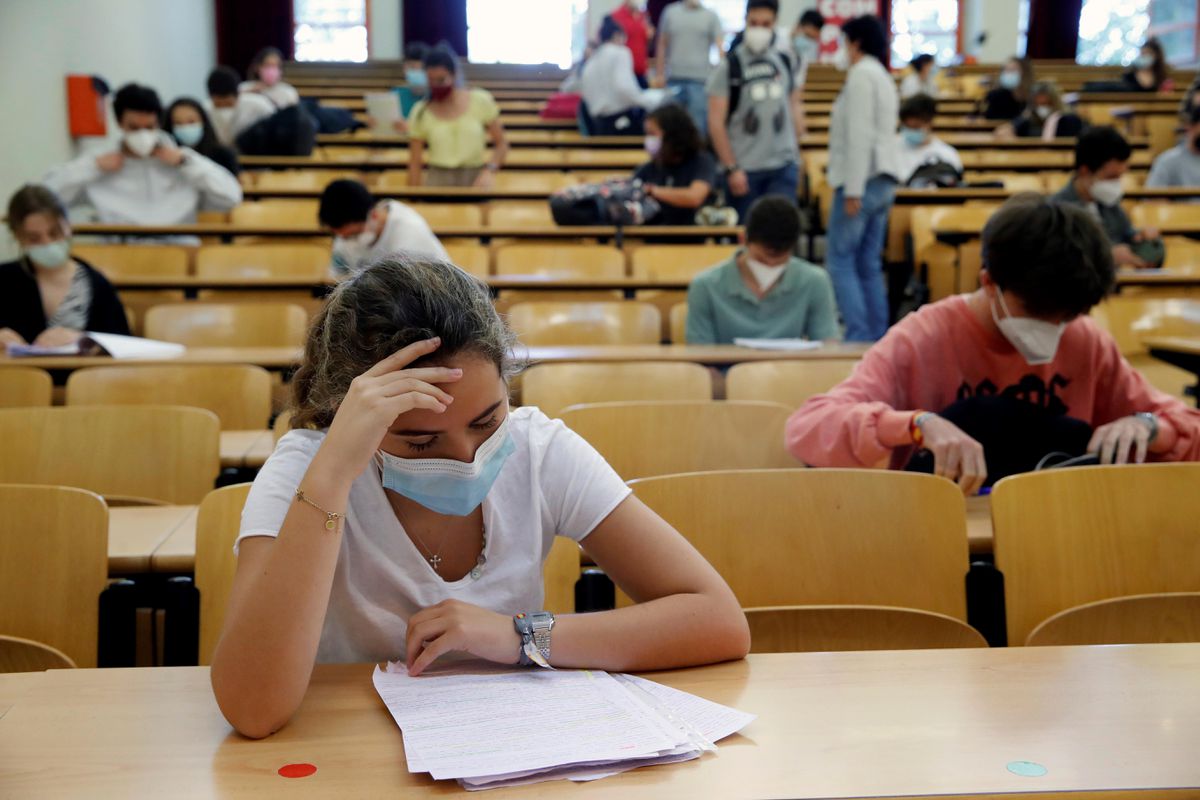 The practice of sharing notes is as old as the university itself. However, the internet has made it possible to extend this activity outside of the peer group, turning what was initially a non-profit activity into a business where digital platforms make money from the work of teachers.

Wuolah is the “leading platform for downloading notes among Spanish-speaking countries”, where “every day thousands of students exchange documents”, according to the website of this company that was born thanks to an idea that four Sevillian university students had in 2015. In it, students can “download for free the more than four million documents with advertising that are uploaded to the platform” or do it without advertising, but paying a certain amount of money. The platform recommends making the downloads paying because “it is a good way to suppress the content of the documents that can distract” the student, such as the logos of the companies that are advertised in the margins of the notes.

On the other hand, the company remunerates users who upload notes based on the number of downloads. According to Enrique Ruiz, one of the founders, if they take it “very seriously” students can earn “about 100 euros” per month, although most of them “usually earn about 30 or 40 euros a year.” The company, for its part, has raised more than one million euros from investment rounds and has been sponsored by the accelerator of start-ups of the Junta de Andalucía.

According to Ruiz, “the great incentive” for students “is social recognition”, that is, “seeing the number of downloads and feeling the admiration” of the rest of the classmates. However, this practice is generating unrest among different university professors, who denounce, among other issues, that it gives rise to a new business model that threatens their intellectual property rights.

Andrés Recalde, professor of Commercial Law at the Autonomous University of Madrid, explains that “the profit that students can obtain” with their materials “is minimal, but a business application plays with large numbers”. Thus, “my notes, along with those of many other professors, can be of significant benefit to you, even if little it reports to the students.”

The teacher points out that when he leaves the study materials he has prepared with his students, he does so “for free”, for teaching purposes. “I don’t care if the students use them or transform them. I just hope that an indication about my authorship is respected ”. Therefore, he believes that if he does not profit from his teaching materials, neither should other people.

The great unknown generated by platforms such as Wuolah is whether the intellectual property rights of teachers are violated due to the profit motive. María Ángela Fernández, a senior associate at the Bird & Bird law firm, points out that it is not a “simple question” to answer. Although each case must be analyzed, three assumptions can be distinguished. In the first place, that the professor is not protected by the intellectual property law, which “does not allow the protection of abstract ideas.” Thus, for example, if the teacher only explains the laws of thermodynamics, those ideas would not be susceptible to safeguarding because they are “already existing” concepts.

Nor would there be any violation if “the author and the source are cited for the purpose of teaching”. But “you cannot copy an entire manual, even if it is identifying the author. The appointment should be limited to teaching a concept ”, he warns.

A different question takes place when the teacher expresses the concepts “in a new way”, in which case the “work” could be eligible for protection. It would be the case, for example, of the professor of Roman Law who creates a story to explain to his students the institutions that existed in Rome, illustrates the lawyer.

And it is that, the explanations of the teacher in class are susceptible of protection when they are of their own responsibility, that is to say, when they go beyond reproducing a manual. “Starting from this premise, the students who transcribe them literally cannot attribute them to themselves. Therefore, to carry out acts of exploitation, the student would need the prior authorization of the teacher or otherwise he would be infringing the intellectual property rights that correspond to the subject “, says Cristina Villasante, partner of Ecija Abogados.

If this is the case, and “without prejudice to the consequences that the platform may have foreseen in its terms and conditions, such as the cancellation of the user’s account or the withdrawal of the content, the teacher could claim compensation from the offending student for damages and damages ”, he says.

Outside of these cases, the student could develop his own creation susceptible to economic exploitation. To do this, the notes must be prepared “in an original way”, using the teacher’s explanations as “mere quotations that complement the rest of the text,” explains Villasante. It would be the case of the student who creates a new scheme to learn the valences.

Before Wuolah, other pages for downloading notes such as Patata Brava or El Rincón del Vago put copyrights to the test. Javier Díaz de Olarte, legal head of the Spanish Center for Reprographic Rights, criticizes that “in Spain it is forgotten that intellectual property is a right, probably because it falls on something immaterial that is easy to access.” However, “not everything that can be done with a simple click is legal.” For this reason, he defends “the importance of creative work, in its cultural and economic facet, and the need to respect the product of that activity.”