Students The fate of the spring student and graduation party is still open, no national recommendation is coming this year 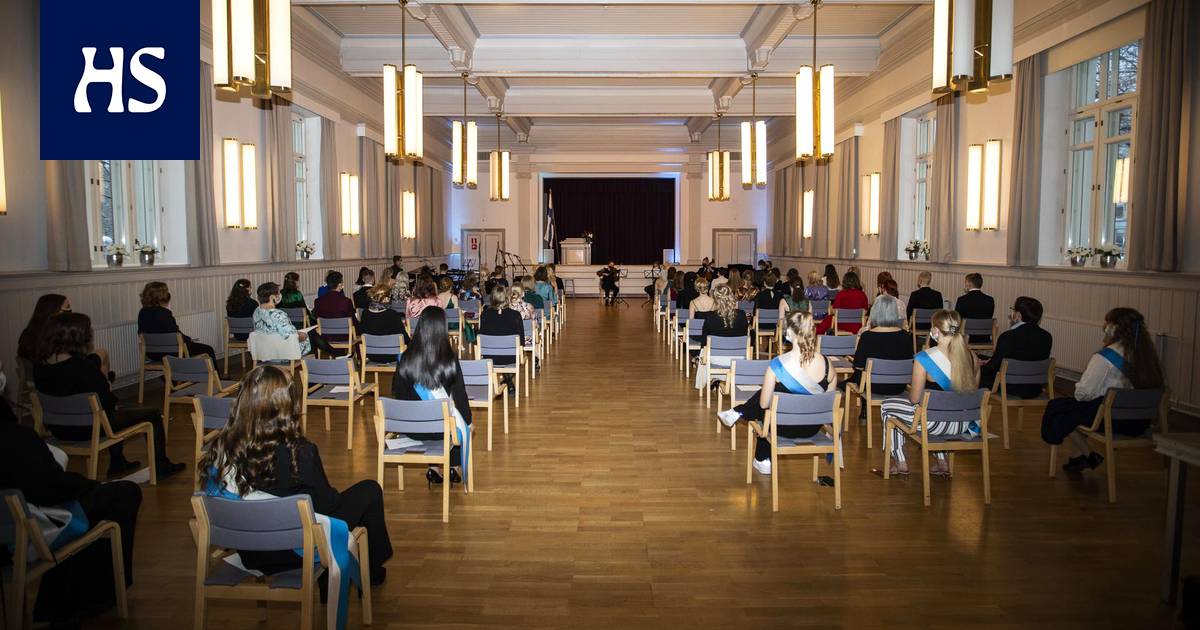 The High School Union hopes that traditional student parties could be organized through special arrangements in the spring or autumn at the latest.

Spring the fate of the student and graduation parties is still open.

This means that the manner and timing of the celebrations will be decided locally and regionally according to the epidemic situation. According to Värri, high schools follow the development of the situation and strive to celebrate spring students whenever possible.

For example, the city of Kouvola has decided that, in principle, a student party will be held in the city’s high schools with security arrangements, observing safety intervals and using masks. The groups to be legalized are staggered and the audience is not admitted to the celebration.

The time for the student and graduation celebrations this year is Saturday, June 5th.

Association of Finnish Municipalities recommended last spring postponing student and graduation parties to the fall. At that time, virtual ceremonies were held in many high schools and vocational schools, and graduate certificates were mailed. The last weekend in August was recommended as the time for the actual celebrations.

“There is currently no similar recommendation coming. It seems that educational institutions are well able to make regional decisions this year about organizing parties according to the recommendations and instructions of the local infectious disease authorities, ”says Värri.

Last spring, the Confederation of Finnish Municipalities was asked for a common policy, because the coronary situation was new to everyone, and restriction decisions related to the epidemic were made more strongly nationwide than now. According to Värri, no similar need has emerged this spring.

It would be difficult to make a joint recommendation for a particular date this year, also because some high schools have also moved old dances to different times in the fall.

Spring According to Värri, the 2020 recommendation was successful, even though it was made in a situation of uncertainty from the point of view of a pandemic.

“Overall, the recommendation was extremely good, as most high schools were able to hold some kind of communal celebration at the end of August, even though the certificates were handed out as early as the spring,” Värri says.

In some high schools, however, even these celebrations had to be canceled at the last minute due to the worsening corona situation. That’s what happened for example in Espoo.

“We thought the recommendation was really successful. I also had a student party in August, and the community party was important, ”President of the High School Association Emilia Uljas says.

High school students hope that a community party will be held this year as well. So far, the Association of High School Students has not received more detailed information about high school plans for the party.

“The best thing, of course, would be that a student party could be held as early as June, at least in those areas where the epidemic situation is better,” Uljas says.

Uljas estimates that the party could be held in many high schools with special arrangements. One option could be to hold a party without an audience so that only students are physically present at safety intervals.

The Association of High School Students has received many contacts from high school students, in which it is hoped that the student cap could be put on the head together with fellow students.

“The most important thing is that the student party could be organized in high schools in some way. It is definitely better to have a joint party later, for example in August, than to make it completely virtual or cancel it, ”says Uljas.

Corona in Germany: RKI boss Wieler paints a gloomy picture - "Can not be exterminated"

Family | Did your relationship improve or worsen when you had a child? Answer the survey

What is Hazard laughing at?