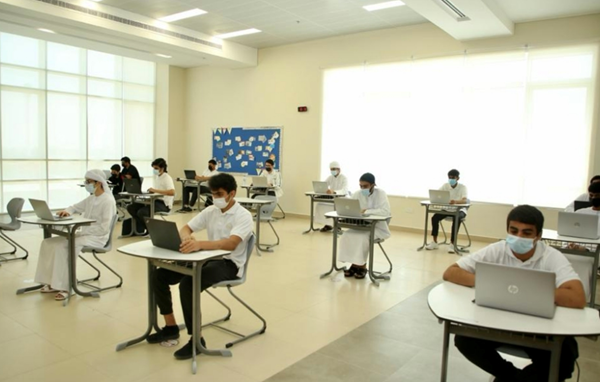 Dina Johnny (Dubai) – Public schools sent 12th graders back to their homes and did not allow them to take the exam, due to the lack of a PCR test result.

Today, the end of the school year exams for students from the fourth to the twelfth century have started. The students took their exams remotely from home, with the exception of the twelve students who attended government schools in various regions of the country to take the exams at the end of the third semester of the academic year 2020-2021 in attendance.

The students began the exam schedule with Islamic education, which they took from nine in the morning until ten thirty, with the rest of the students taking their exam from eleven until twelve thirty.

A number of government school principals indicated that there is no leniency in the protocol for implementing precautionary and preventive measures during the testing period. They pointed out that the Ministry of Education was clear in its instructions, which requires showing a negative PCR test result, not exceeding 96 hours, before entering the school, to take the exam on its first day.

They pointed out that the concerned team in the school did not hesitate to not allow students to enter the exam, who did not obtain the results of the nasal swab. They pointed out that other students were lucky after receiving a message with the result of the examination during their waiting period outside the school, after they were denied entry.