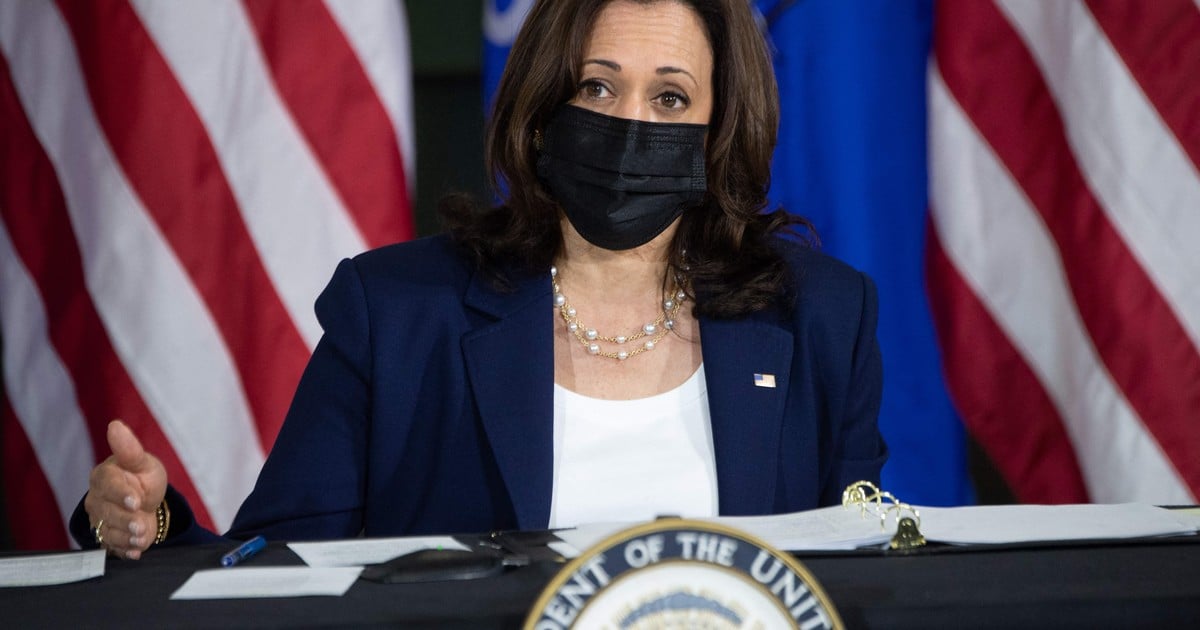 The Vice President of the United States, Kamala Harris, launched a strong warning message against corruption in Latin America and warned, in addition, that “an independent judiciary is essential for a healthy democracy”, in a conference on the region organized in Washington amid the institutional crisis in El Salvador, where an offensive by the government of Nayib Bukele dismissed judges of the Supreme Court.

In a speech at the annual meeting of the Council of the Americas – where it is tradition that a series of US officials and international organizations analyze the reality of the American continent – the vice president referred to one of the hottest regional issues of the moment and criticized the decision of the Salvadoran Congress, dominated by President Bukele’s New Ideas party, to dismiss with a stroke of the pen to the magistrates of the Constitutional Chamber of the Supreme Court and to the Attorney General of that country.

This measure was declared unconstitutional by the dismissed magistrates and denounced by Washington, the OAS and the European Union as an attack on the separation of powers and democracy.

“Just this weekend, we learned that the Salvadoran parliament took steps to undermine the highest court in their country. An independent judiciary is essential for a healthy democracy and a strong economy. On this front, on all fronts, we must respond, ”Harris said.

Harris was the main figure of the conference, but other officials also participated Joe Biden as Secretary of State Anthony Blinken, Homeland Security Secretary Alejandro Mayorkas; the Secretary of Commerce Gina Raimondo; the special envoy for the climate, John Kerry and the undersecretary for the Western Hemisphere Julie Cheng.

Just as the head of the White House was in charge of supervising Latin America when he was the vice president of Barack Obama, today Biden delegated that role to Harris, especially the pressing issue in the Northern Triangle (El Salvador, Guatemala and Honduras), from where a strong wave of immigrants arrives at the southern US border.

The vice president said the United States should respond to Bukele’s move, without giving further details and without anticipating measures. And he emphasized that there is much work to be done to combat violence in the Northern Triangle.

But another important message that Harris left for Latin America is the enormous cost of corruption in the backwardness of the area. “We will not achieve significant progress if corruption persists in the region”said the vice president. “If corruption persists, history has taught us, it will be one step forward and two steps back. And we know that corruption causes government institutions to collapse from within, which prevents people from educating their children, starting a business, obtaining a fair trial, ”he continued.

“In the Northern Triangle we also know that corruption prevents us from creating the conditions on the ground to better attract investment and around the world we know that corruption inhibits shared prosperity. In fact, the global cost of corruption reaches 5 percent of world GDP ”, he graph. “The work of fighting corruption could not be more important “added.

Consulted by ClarionWilliam M. LeoGrande, a professor of government at the American University and an expert on the relationship between Latin America and the United States, pointed out that “since Biden took office, his government has not been happy with the authoritarianism of President Bukele. Administration officials they refused to meet him in February when he made an unofficial trip to the United States, and he retaliated by refusing to meet with Biden’s special envoy for Central America, Ricardo Zúñiga, when the American toured the region in April. Having control of the legislature has made Bukele even more aggressive in centralizing his power, and that is why the United States is warning him about the need to maintain an independent judiciary. “

For this expert, “criticism from the United States is also a message for other countries where authoritarianism is on the rise.”

Douglass Cassel, emeritus professor of law at Notre Dame University and an expert on human rights in El Salvador, told Clarion that the US response “Has changed dramatically with respect to of the administration of Donald Trump and again it is more coherent with the basic international norms regarding the rule of law and human rights ”.

Cassel added that “while it is true that the situation in El Salvador is extreme, the US response is expressed in general terms and is not limited to that country. I think a similar reaction can be expected from the Biden government, when there are similar attacks, still not so extreme, on judicial independence in other countries. “

Bill Gates' divorce: who are his three children and why they will not inherit his entire fortune

Last decision made: Chancellor exchange of blows in front of an audience of millions – first candidate goes into battle mode

More than 3,000 immigrants swim into Ceuta due to the passivity of Morocco