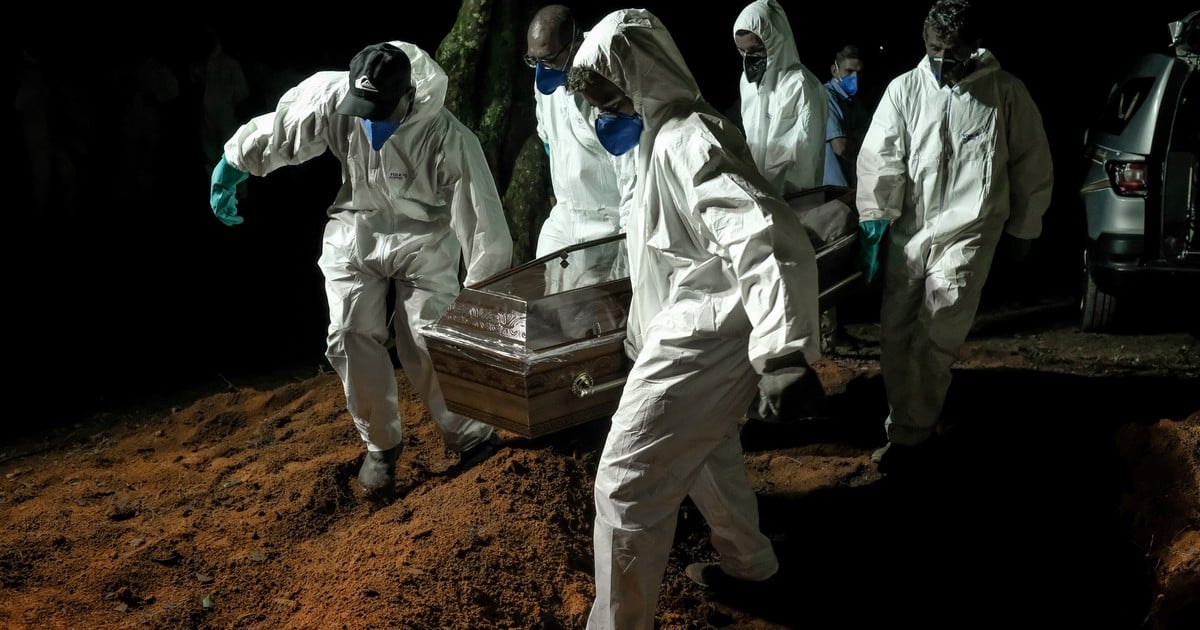 Brazil registered more than 2,300 deaths due to coronavirus in the last 24 hours, according to the count carried out by the most important media consortium in the country. Is about a strong jump with respect to the figures of the last days, just hours before the start of the disputed Copa América.

The deaths from covid-19 notified this Thursday were 2,344, a notable increase compared to the average of the last few days, which was close to the 1,764 deaths per day.

In this way, Brazil reached the 482,135 deaths by coronavirus, always according to the consortium made up of O Globo, Folha and other media, which collect the reports from each state.

The Brazilian Ministry of Health report showed numbers even more worrying. It registered 2,504 new deaths. In this case, the report raises the number of deaths from covid to 482,019.

Jair Bolsonaro, the main promoter of the Copa América in Brazil. Reuters photo

In addition, the media consortium reported 89,802 new cases of coronavirus. It leads to 17,215,159 positives since the start of the pandemic.

The data points to a acceleration of the health crisis in the country and coincide with the projections of experts, who warn of the imminent arrival of a pandemic third wave in the coming weeks in case more concrete measures are not taken by states and municipalities to stop the spread of the virus.

Copa América and concern about the covid

The jump in the number of deaths comes in the middle of the controversy for the organization of the Copa América.

The tournament was to be played in Colombia and Argentina in 2020. In the midst of the first wave of the pandemic, it was postponed for a year. But it did not dispel the questions. This year, first Colombia gave up and then, weeks before the start of the contest, Argentina did, due to the second wave of the coronavirus.

The Cup quickly moved to Brazil, despite the doubts that existed even before the transfer was made official and the opposition of various state authorities.

Mané Garrincha Stadium, one of the four venues for the Copa América 2021, in Brasilia. Photo EFE

Those unknowns continue until now, at the opening hours of the Cup (it will be on Sunday with Brazil-Venezuela). The organization was just confirmed this Thursday, with the favorable ruling of the Supreme Court.

Six members of the highest court, which has a total of 11 members, have already made their vote in favor of the Copa América official. He did it after presentations by left-wing political parties and a metallurgical union to suspend the contest.