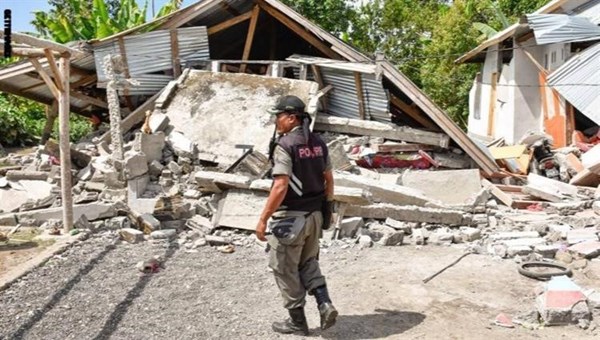 A magnitude 5.7 earthquake jolted West Halmahera island in North Maluku province, Indonesia
This Wednesday morning, but it is not likely to cause a tsunami, according to the Indonesian Antara News Agency today.
The Meteorology, Climatology and Geophysics Authority said that the earthquake, which occurred at about 5:59 a.m. Western Indonesia Time, was located at 1.53 north latitude and 127.19 east longitude.
The agency added that the epicenter of the earthquake occurred about 48 kilometers northwest of “West Halmahera” island, at a depth of 133 kilometers.
As of Wednesday, there were no immediate reports of casualties in the quake’s aftermath.
In many cases, earthquakes strike different parts of Indonesia, where the country is located on the ring of fire around the Pacific Ocean, where many tectonic plates meet and cause volcanic and seismic activity frequently.