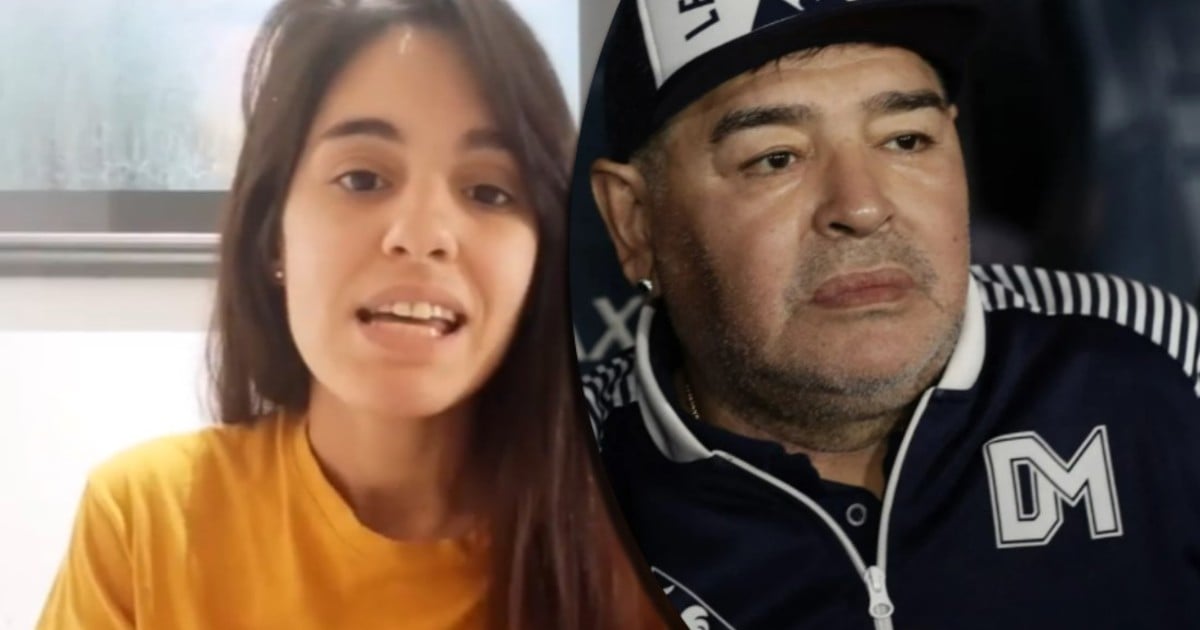 After it was circulated that a DNA analysis determined that she is not the daughter of Diego Maradona, Magalí Gil (25) recorded a video to communicate that the study that was carried out was with one of the sisters of the deceased ex-footballer, and that the litigation is still continuing to access the samples that he left in court.

“I wanted to make this video to just clear a couple of situations and news that were circulating on television, and what better way than to speak the truth, as I always did, so that you really know how the events were“said the young woman from La Plata in a recording for her Instagram account.

“As you well know, In 2019 I actually started the filiation trial against Diego Maradona. This arose since my biological mother contacted me to tell me her story with him, with total security and certainty, above all things, “reviewed Magalí Gil, who was given up for adoption by a woman named Claudia mariana, because he couldn’t keep it.

“We started this process with my lawyers precisely in order to corroborate this: know if my possible biological father was Diego Maradona, as she said“Magalí continued.

Magalí Gil did not clarify with which Diego Maradona’s sister the exam was taken. Photo: Instagram.

“I want to emphasize the word ‘possible’, which is a term that I use from day one, since I never affirmed anything. To do so would be absurd on my part, because the only tool to confirm or rule out this would be the histocompatibility study and DNA analysis with Diego Maradona“said the woman who wants to know if the idol who died in November 2020 is her father.

“On Sunday, a public figure had the supposed news / scoop to confirm that I was not the daughter of Diego Maradona, and I want to clarify that this is something that is not yet known. Nobody knows it efficiently, “he said.

Magalí Gil with his partner and children. Photo: Instagram.

Regarding the DNA analysis, Magalí Gil indicated that this was carried out in the month of May and not 15 days ago as one version had pointed out. “It was agreed between both parties privately and in a sanatorium, without intermediaries and without lawyers. I do confirm that It was with one of Diego Maradona’s sisters, with whom we had agreed to maintain total discretion“, he expressed.

On the other hand, the alleged daughter of the Ten made a clarification: “In the field of genetics, the result is not black or white, or positive or negative. It is handled according to possibilities, and What gave my result is a low probability of a link with the person with whom I did it, that is, Diego Maradona’s sister. But this is not a determining result according to my search. “

“To have 99.9% certainty about my possible paternal link with Diego Maradona, I would have to do the DNA analysis with him”Said the woman who is in search of her identity, thus remarking that she will continue with her judicial process.

“Always from the beginning, both results were viable. I never affirmed or denied anything, quite the opposite, and honestly I am very happy and calm to face this process as I did,” continued Magalí Gil.

“This is a fundamental process for me, in order not to be left with doubts. In case this result is negative, my identity search will continue elsewhere“, he assured in his Instagram video.

“I want to confirm that the judicial process continues, since it is the only way I have to know the real and valid result, accessing the DNA tests of Diego Maradona “, he concluded.