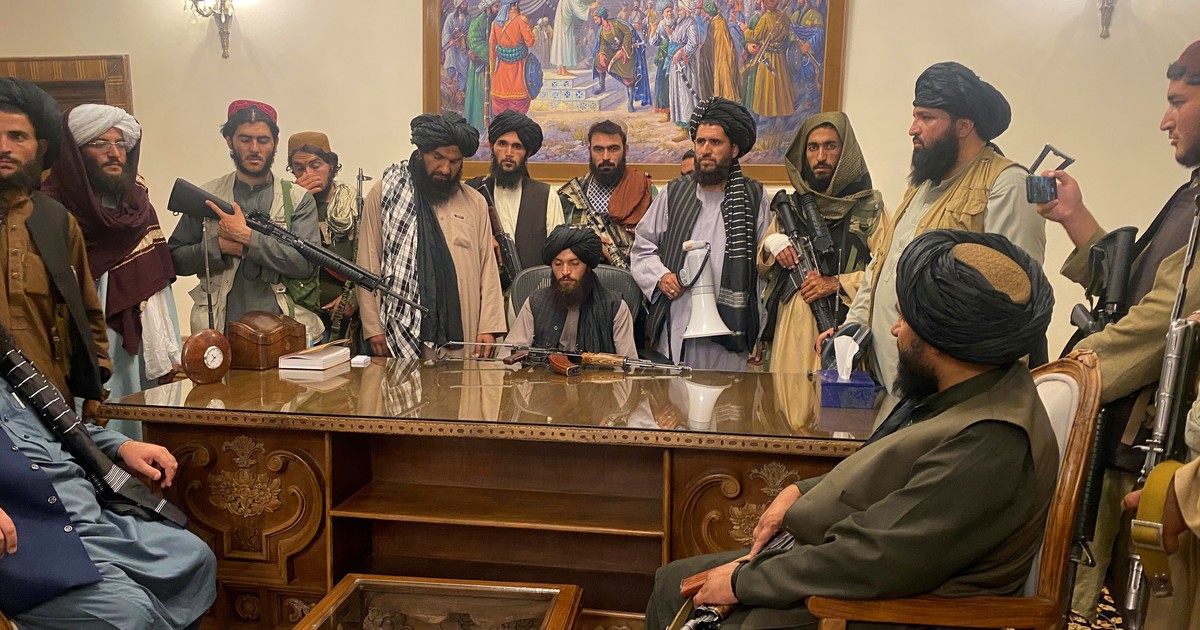 The newspaper The Washington Post was heavily criticized for suggesting that the Taliban “surprisingly sophisticated” incite less violence on social media than former President Donald Trump.

The popular media outlet in the US capital published a report titled Today’s Taliban use sophisticated social media practices that rarely break the rules.

The report alleges that social media accounts run by the Taliban, including Facebook, Twitter and Instagram, are often maintained “within the changing limits of taste and the content that technology companies use to monitor user behavior “-

As a result, Taliban spokesman Zabihullah Mujahid made a series of free posts on Twitter and managed to gain more than 326,000 followers.

The freedom of the Taliban to use social networks caused the anger of hundreds of users, who recalled that, meanwhile, former President Trump remains excluded from the platform in the wake of the riots in the Capitol on January 6.

Even Trump was furious about the situation.

“The answer may simply be that Trump’s posts for years defied the rules of the platform against hate speech and incitement to violence, “the Post wrote in its article.

Zabihullah Mujahid, the spokesman for the Talibae. Photo: AFP

He stressed that “today’s Taliban generally do not.”

The comparison between Trump and the Taliban sparked a huge angry reaction on Twitter.

“They must have carried out a national armed insurrection, assumed total undemocratic control of the country, hate and punish homosexuals and women, and they are massacring innocents, but hey… unlike the bad orange man, the Taliban are following @Twitter’s Terms of Service, “tweeted user Doug Karr.

“Sure they ran a national armed insurrection, assumed full non-democratic control of the country, hate and punish gays & women, and they are slaughtering innocents, but hey… unlike bad orange man, the Taliban ARE following @Twitter‘s Terms of Service. ” 🤡 pic.twitter.com/xuL8xPbPPA

“I can’t believe this shit – the @washingtonpost praised the Taliban’s sophisticated use of social media (posting regularly on Twitter) and also described it as a move rooted in traditional moral code,” added another user, Vikrant Kumar.

Another user stressed that “the Taliban are literally jumping on women in the streets and praising them saying they are calmer than Trump supporters“.

Under the slogan “democracy dies in the dark,” another user wrote that democracy “is already dead and buried in its gruesome praise of the Taliban, and its youthful and jerk comparison of them with Trump. “

Rita Katz of SITE Intelligence Group told the Post that the Taliban had not yet challenged the social media policies that would justify their ban.

“The Taliban are clearly threading the needle regarding social media content policies and they are not yet crossing the very different lines of rape of policies that Trump crossed, “he said.

According to the Post, Twitter is the only social media company in the United States that allows the Taliban to maintain an active presence.

Facebook and Instagram, on the other hand, have policies that may prohibit the Taliban from promoting their message.

With information from the ANSA agency