Strict lockdown weekend: what can and can’t be done 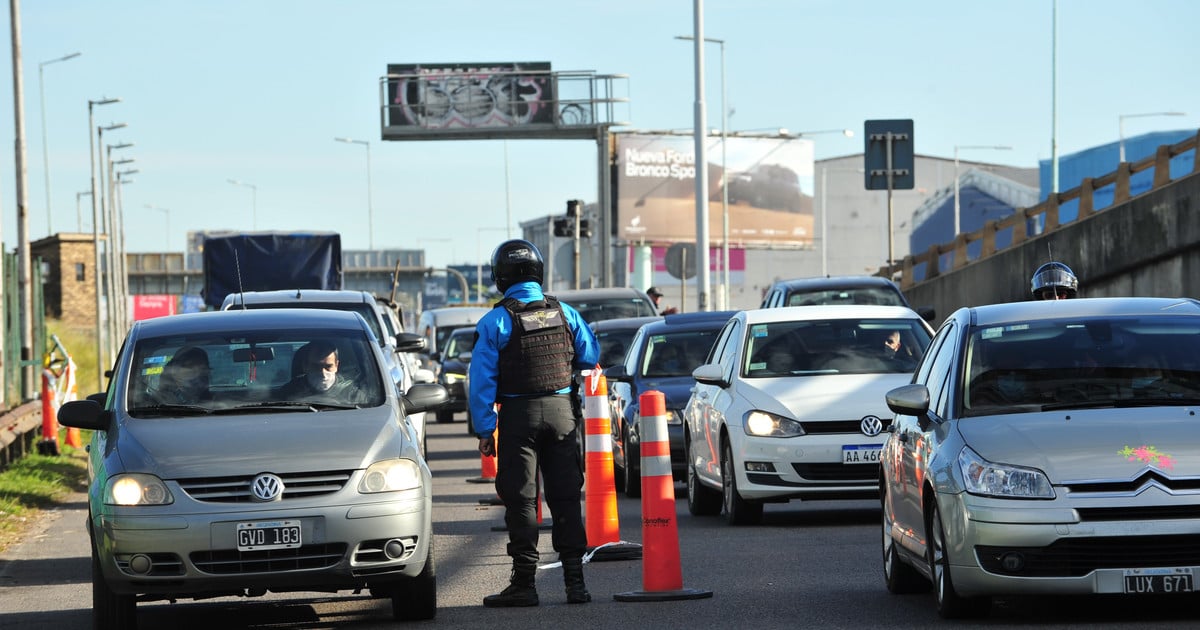 Saturday and Sunday of strict confinement. According to the provisions of the national government, the restrictions are the same as those in force until last Sunday and for 9 days, for the metropolitan area of ​​Buenos Aires and the Town. Then, the controls in the circulation and the time limitations return, while the bars and restaurants can only serve in delivery or take away mode, among the main measures.

The regulation was established in the Decree of Need and Urgency (DNU) 334/2021and it also has an impact on the suburban municipalities. The goal is to limit the movement of people to drive the decline in the contagion curve.

In the Capital, according to the local Minister of Health, Fernán Quirós, “after going through a curve with an average of 2,700 daily cases, we have consistently dropped to a daily average of 2,200 daily cases “. This trend, according to the official, is explained because they began to see the effects of harsh restrictions of 9 days that governed between the 21 and the 30 of May.

At the same time, the arrival of vaccines at the national level and the distribution to the districts of the metropolitan area, where the application among the priority groups and it even began to advance among the general population (the City applied 29,117 doses on Friday), it should also begin to take effect to mitigate the impact of the second wave.

Only workers of essential items will be able to use public transport and controls will return at the transfer stations. Photo: Luciano Thieberger

In the national government they do not rule out implementing intermittent periods of harsh restrictions, like those that will govern Saturday and Sunday. For now, the next will be a definitions week, since the validity of the current DNU expires next Friday. So that Tuesday, Wednesday and Thursday, the days in which more infections are registered, will be crucial to define the next period.

They closed again with a fence 72 entrances and exits to the City, out of a total of 127. Those authorized are left for those who have permits that are required by the City Police and the Federal Forces.

The measure came into effect at 8:00 p.m. on Friday and will run until 6:00 a.m. next Monday. In addition, the circulation will be limited only to essentials between 6:00 p.m. and 6:00 p.m. both Saturday and Sunday.

The public transport It can only be used by those who belong to the items considered essential. And controls will also be intensified both at the transfer stations and at the accesses where they will circulate. buses and trains.

The Panamericana collapsed on May 24, amid controls due to tough restrictions. The checkpoints can be repeated this weekend. Photo: Rafael Mario Quinteros

Social encounters are prohibited, both in open and closed spaces or in any type of field.

The clubs must remain closed and religious ceremonies are not enabled.

In the squares and parks of the City, the playgrounds will be closed. As in other public spaces, you can only circulate but group meetings or permanence are not allowed.

Group outdoor sports are suspended. This includes activities such as golf or tennis, but also training groups that operate outdoors. Football 5, for example, is restricted because the practice of group contact sports.

The only sports that can be practiced are individual sports. For example, cyclists and runners are allowed to do their activity, albeit individually.

Business non-essential They can only attend with withdrawal at the place of scheduled purchases and without entering the premises. That is, they must return to the modality that was implemented until last Sunday.

Hairdressers or personal care salons will not be able to work in the City either.

Due to the return to the harsh restrictions, this weekend bars and restaurants will not be able to serve on sidewalks or open spaces. Only delivery and take away.

Gastronomic establishments cannot receive customers. That is, Saturday and Sunday they will not be able to serve with tables on the sidewalks, patios or terraces, as happened until this Friday. Until this Friday, they could serve them on the sidewalks or open spaces. Thus, from 20 on this Friday they are enabled only to work in the modality of delivery and take away.