“Street Circuit” will host Formula 1 for the next four years 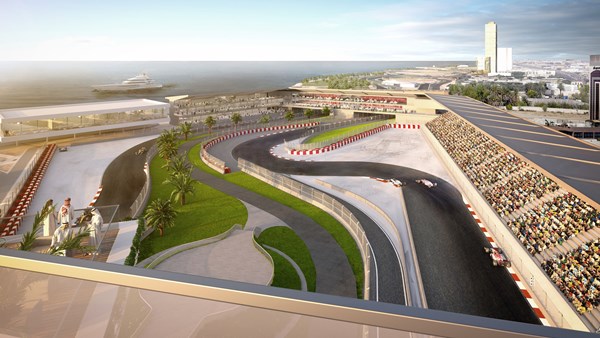 Martin Whitaker, CEO of the Saudi Grand Prix in the Formula 1 World Championship, said that the street circuit in Jeddah will host the race for at least another four years.
Saudi Arabia hosted its first Formula One race last year as part of a 15-year deal to hold a night race in Jeddah in December.
The race is expected to eventually move to Qiddiya, a planned entertainment resort about an hour’s drive from the capital, Riyadh, once a permanent circuit is established.
Qiddiya is at the heart of an ambitious strategy to open up the economy and ease social restrictions.
“I think the race will continue there for another four years,” Whitaker said during the pre-season test in Bahrain. That’s my thinking…just because I think it gives us time to build the Qiddiya Arena.
Formula 1 officials have made it clear in their contract with Saudi Arabia that they do not want the race to be held in Qiddiya before construction is completed there. This is completely logical. Once Qiddiya is ready to accommodate Formula 1, we will move on immediately.

Whitaker’s four-year timeframe includes the 2022 edition scheduled for March 27 as the second round of the season this year, one week after the opening race in neighboring Bahrain.
Whitaker said the race wanted to retain a spot early in the season, despite being held in the penultimate round last year, where the title battle between Lewis Hamilton and Max Verstappen heated up giving the event a high-profile debut.
“There’s no doubt about that, the penultimate race last year was fantastic,” Whitaker said. But, frankly, I think we have to remember that Saudi Arabia is now one of 23 countries around the world to stage a Formula 1 race.

Selenskyj documentary in the first: You will look us in the face