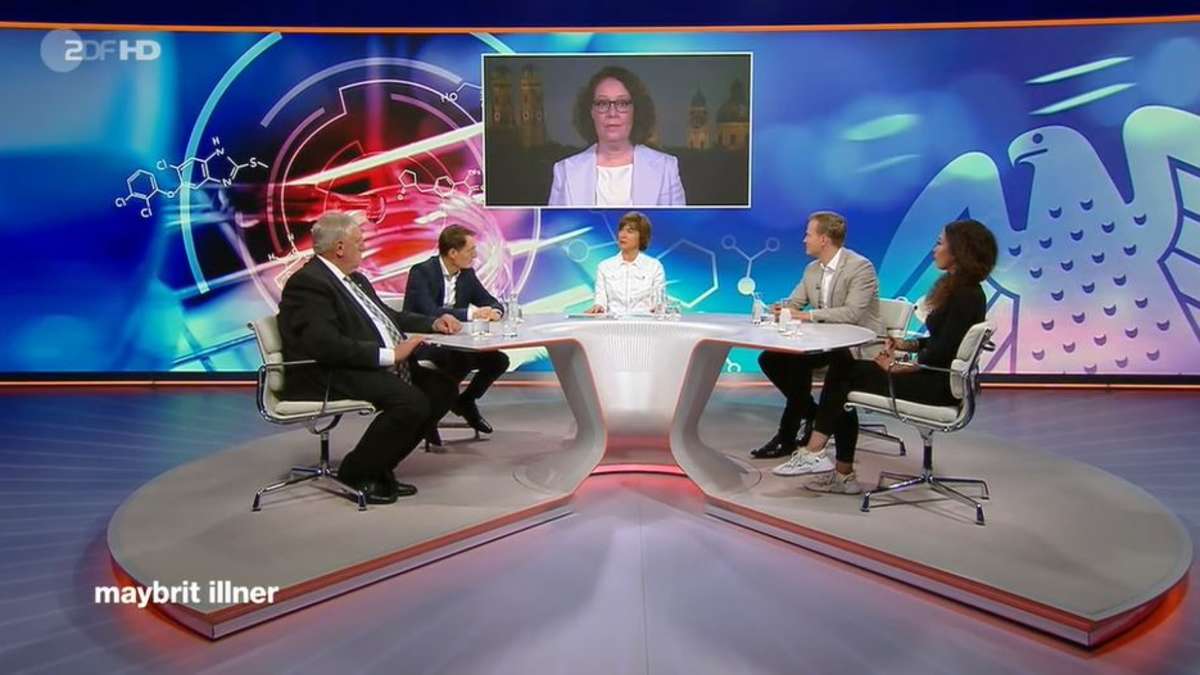 North Rhine-Westphalia relaxes corona measures. At Maybrit Illner there is a dispute between Hendrik Streeck and Karl Lauterbach.

Berlin – “maybrit illner” will debate the current Corona situation in Germany on Thursday evening. North Rhine-Westphalia’s Health Minister Karl-Josef Laumann (CDU) initially reports on the situation in his state, which will be making far-reaching loosening and opening up from Friday. “We have combined the relaxation with a broad protective shield,” says Laumann and explains: “We have left the Corona Protection Ordinance in full force (…) and I didn’t want it.” Because more than half of the North Rhine-Westphalian municipalities currently have one Incidence of less than 4, the ordinance in North Rhine-Westphalia was supplemented by a level 0, which enables extensive openings.

Federal Foreign Minister Heiko Maas (SPD) also announced earlier this week that the pandemic would be politically over as soon as all citizens had received a vaccination offer. Therefore, talk show host Illner wants to know from his party colleague Karl Lauterbach how he assesses the situation. Lauterbach contradicts Maas very clearly: “No, that will not take place and it is also far from reality in purely mathematical terms. The vaccination rate has slowed, so we are never able to get herd immunity in mid or late August. (…) Heiko Maas is proposing a Boris Johnson-like opening in August. ”

Due to the lack of vaccine quantities, Lauterbach predicts, Germany will not be in a position to have made an offer to all citizens by then. His verdict on Maas’ approach: “He initiates a discussion and that is always good (…) But I think it’s unrealistic.” The virologist Hendrik Streeck would not proceed like England, but supports Laumann’s concept: “In North Rhine-Westphalia it is tried out whether you can open it through strict measures, through constant testing. If it doesn’t work, the rip cord is pulled very quickly and closed again. For me, these are good practices because we have to try out which hygiene measures work. We have to see how we carefully approach a mindful normalcy. “

“Maybrit Illner” – These guests participated in the discussion

When Karl Lauterbach and Hendrick Streeck subsequently disagree on the results of the study (does a double vaccination protect 99 or 94 percent against a severe course?), Streeck takes over the moderation for a moment and asks the journalist Christina Berndt, who was switched on via video, for her assessment: ” All in all, ”she explains,“ that the double vaccination protects very well against Delta, against the severe courses and against death. But in fact the data from Israel show: It is a little less good than against the alpha and earlier variants. (…) But that’s ultimately percentages. So whether it’s 98 or 96 – such studies always have a certain degree of uncertainty. “

NRW easing divides the opinions of the “Maybrit Illner” group

The journalist Anna Schneider supports Heiko Maas’ initiative and thinks that you don’t need to work your way through individual percentages: “We calculate in percentages that are actually so high that you have to ask yourself: what risk is the individual still willing to take himself wear? We now have a year and a half pandemic behind us and the value relationship has shifted so much in the direction of security and away from freedom that it doesn’t even come to the idea that the individual should be responsible for the rest. ”

Christina Berndt, on the other hand, finds the openings in North Rhine-Westphalia “completely unwise”: “It all reminds me of the beginning of March, when North Rhine-Westphalia also rushed forward and said: Now we’re opening. And back then we had the alpha variant and everyone knew that this would bring new momentum, that would bring the third wave. Nevertheless, one opened, only to then take these openings back very soon. And that’s how it feels to me again now. “Although Berndt shares the view that the pandemic must be declared over at some point, he says:” We haven’t got this point yet. (…) We are a long way away from a double vaccination offer plus 14 days for all people in this republic. “

“I have the déjà vu that we have been staring at the incidence figures for a year,” Schäfer presses her criticism and adds: “I think we agree that this cannot be the only indicator. And there too: if you look abroad, hospitalizations are not increasing to the same extent – and neither are the deaths. In this respect, I totally understand that North Rhine-Westphalia is opening now. ”Laumann also defends the openings:“ We are not daring. Because, for example, we leave the mask requirement wherever people have to go. “The Union politician directs his attention to small municipalities:” If the Prime Ministers and the Federal Government decide together that there will soon be football games all over Germany, regardless of the federal state 25,000 people are possible if not more than 50 percent of a stadium is occupied – then I think the village fair in my home village is also a thing that has to go. “

When the discussion reached the question of child vaccination, Streeck used the opportunity to hand out against Lauterbach. The latter repeatedly criticized the stance of the Standing Vaccination Commission (STIKO) with regard to vaccinations for children: “I think,” Streeck complains and addresses Lauterbach, “that it contributes a little to the division of society. I also find it extremely indecent how you insinuate that I find the lockdown superfluous. I’ve said three or four times that there is no alternative to lockdown. (…) I think it has a campaign style that is simply not appropriate for a pandemic. There are people who are worried about their existence and I’m not campaigning. I would like to propose pragmatic solutions. “

Lauterbach, who looked at the floor while Streeck was talking himself in a rage, reacts: “It really wasn’t about you right now. It was about the STIKO. And I did not attack the STIKO, instead I tried scientifically to deduce that I am not satisfied with the content of the decision. And that’s not an insult to majesty. The STIKO is very transparent with the argument and I think that’s great. I react to it purely in terms of content. I think the STIKO does a good job. ”If he likes something about the STIKO, explains Lauterbach, then he praises it and if not, he criticizes it.

“And so,” Lauterbach continues, addressing Streeck, “I’ll do the same with you. (…) I am actually of the opinion that you either did not demand one or the other lockdown that we urgently needed (…) or even rejected it. I disagreed at the time. But where you were right, I agree with you. I recently praised that you recognized the seasonality of Sars-Cov relatively early on. I won’t break a spike. “Lauterbach completes his disarmingly factual reaction:” This is nothing more than a professional dispute. “

Berndt jumps aside Lauterbach from the video-off and turns the accusation of the split around: “You said back then (…) that you think this lockdown is coming too early now. And there it was about the November lockdown, so when the incidences rose dramatically, you called in the position paper to protect the risk groups more, which, according to the consensus of many scientists, is not possible. And soon after that you changed your mind. Well, I think that you contributed to a split in the position, ”she says to Streeck.

“Maybrit Illner” – the conclusion of the show

At “maybrit illner” there is a dispute between “team openness” and “team caution”. While the politician Karl-Josef Laumann (CDU) and the virologist Hendrik Streeck are in favor of openings under strict conditions, the journalist Anna Schneider can hardly wait for the official end of the pandemic. In contrast, the politician Karl Lauterbach (SPD) and the journalist Christina Berndt are of the opinion that caution must be exercised until the majority of the population has been vaccinated. In the confrontation with Lauterbach that was broken by Streeck, the virologist draws the short straw. Lauterbach remains matter-of-fact even after the frontal attack, declines the invitation from talk show host Illner to name Streeck’s mistakes – and instead admits her own.