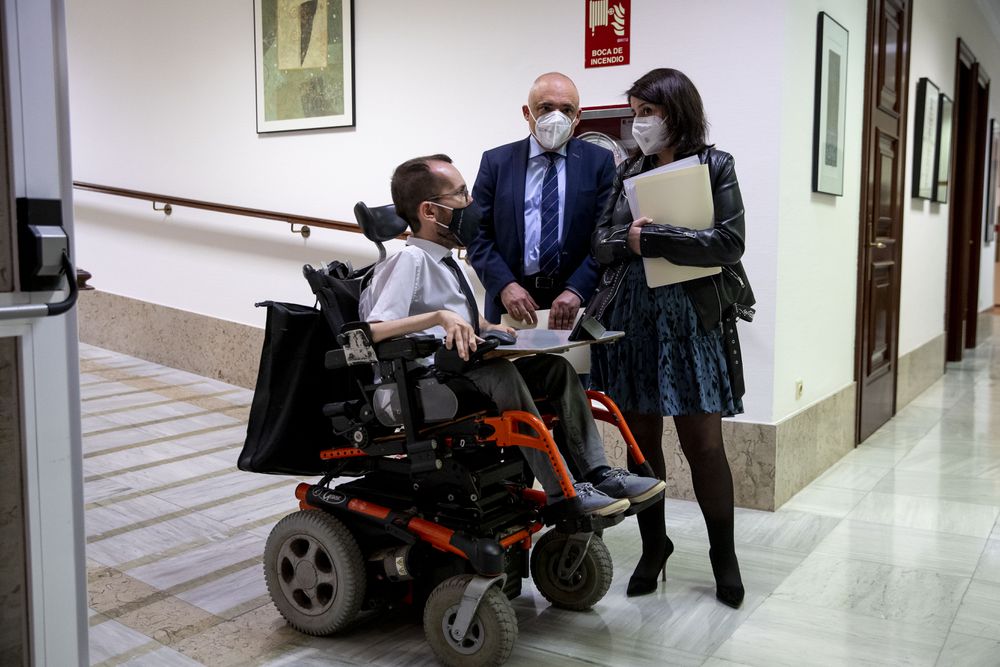 “Spanish politics boils down to playing Stratego and some get quite bored if they don’t move the chips.” It is yet another metaphor, which in this case compares politics with board games, by the PNV spokesperson in Congress, Aitor Esteban, who uses street-level comparisons whenever possible to bring closer what is moving in the offices to the ordinary language of citizens. Esteban usually uses this resource when he is fed up and tired, due to the forgetfulness of the Government in power or due to the level of maneuvers in the darkness of the interlocutors of the Basque nationalists.

The PNV spokesperson in Congress gave a long reflection on Tuesday about the “partisan” behaviors of all the formations involved in the tsunami in which Spanish politics have derived after the motion of censure of Citizens and PSOE to the Government of the PP in Murcia. “Purito Stratego,” Esteban pointed out, and later regretted the lack of a “deeper policy” and that a much more important issue, such as the solution to the Catalan conflict, has been relegated from the agenda. Esteban interpreted Iglesias’ “chip movement” as “a step forward” to anticipate the possibility that the government coalition was fading towards the end of the legislature. The Basque leader praised the less “destabilizing” profile of Yolanda Díaz with respect to that of Pablo Iglesias, but he questioned who is really going to mark the strategy of United We Can in the immediate future.

He was not the only regular associate of the Executive who was complaining. Joan Baldoví, from Compromís, took the opportunity to remind him from the platform given by the Congress of Deputies “that there is life beyond Madrid.” Baldoví, an ally of Más País y Más Madrid, supported the decision of that formation not to appear with United We Can to overthrow the popular Isabel Díaz Ayuso, because he defends that sometimes “two plus two are not always four, sometimes there are five and most of the time there are three ”. He advocated reproducing in Madrid the Botànic pact, that has allowed the Valencian community to govern the PSOE with Compromís and Unidas Podemos, but all concurring separately, despite the augurs that predicted a collapse.

But Baldoví also wanted to send a message to Iglesias and his style of exercising politics: “With Iglesias gone, the political temperature of the Government will lower and with the climate generated by the Minister of Labor it will be seen that things can be agreed without so much spectacle” . Baldoví defends “less testosterone, fewer tweets and more parliamentarism.” And he declared: “Pablo lasts little in the places and moves a lot and is more comfortable in other roles than in management.”

One of the leaders of the PSOE who has suffered the most in the day-to-day of these 14 months of this unprecedented coalition Executive has been its spokesperson in Congress, Adriana Lastra, by the newspapers unchecking Podemos in the face of certain initiatives that were not of his they liked or did not follow the parliamentary rhythm they wanted. Lastra only wanted to speak this Tuesday, after the meeting of lower house spokespersons, about the good things that have worked in that collaboration with Podemos, which is committed to lengthening without anticipating general elections, and, above all, what he tried was to praise to the “honest, exemplary, solvent, prepared, realistic and moderate” candidate that his party will present again in Madrid, Ángel Gabilondo, in front of the “systemic corruption” candidate of the PP. Regarding the candidate Iglesias, Lastra only dared to predict that “if the entire left mobilizes and no one stays at home, Madrid could be recovered.”

The PP spokesperson, Cuca Gamarra, did not even need to be asked about the second vice president, of whom she assured that his executive capacity “has been zero.” He took a run and demanded his immediate resignation, disqualifying him as a “downright lazy” and responsible for the “tension and destruction from within the constitutional framework.”

Iván Espinosa de los Monteros, from Vox, also demanded that Iglesias leave his seat if he is brave, reiterated that all “the ruinous social-communist government” should resign and left a notice to the PP that is already seen in Madrid with absolute majority and without negotiating anything in return with their training: “Congratulations in advance, we will see if it is confirmed or not.” Vox is confident in its campaign and says it also comes out to win.

Pablo Echenique, the spokesperson for Unidas Podemos, praised, as Aina Vidal, from En Comú Podem, had praised Iglesias’ “courage, generosity and audacity”. He pointed out that with his “dash hit” and “seismic movement” he had reversed “the triumph that seemed inevitable and evident of the most corrupt party in Europe”, which was how he cataloged the PP. And he avoided all the still unknown points of the operation (possible future bicephaly in Podemos, date of relief of Iglesias and Díaz …) and also conflicts with both the PSOE and with Más Madrid or its leader and ex-partner, Íñigo Errejón: ” We are not to reproach, we are focused on going for everything and going out to win, there is a lot of hope and it is possible ”.

Not enough protection ?: The dispute over (open) schools is raging