Storm Elsa arrived in Cuba and is approaching Florida, after leaving three dead in the Caribbean 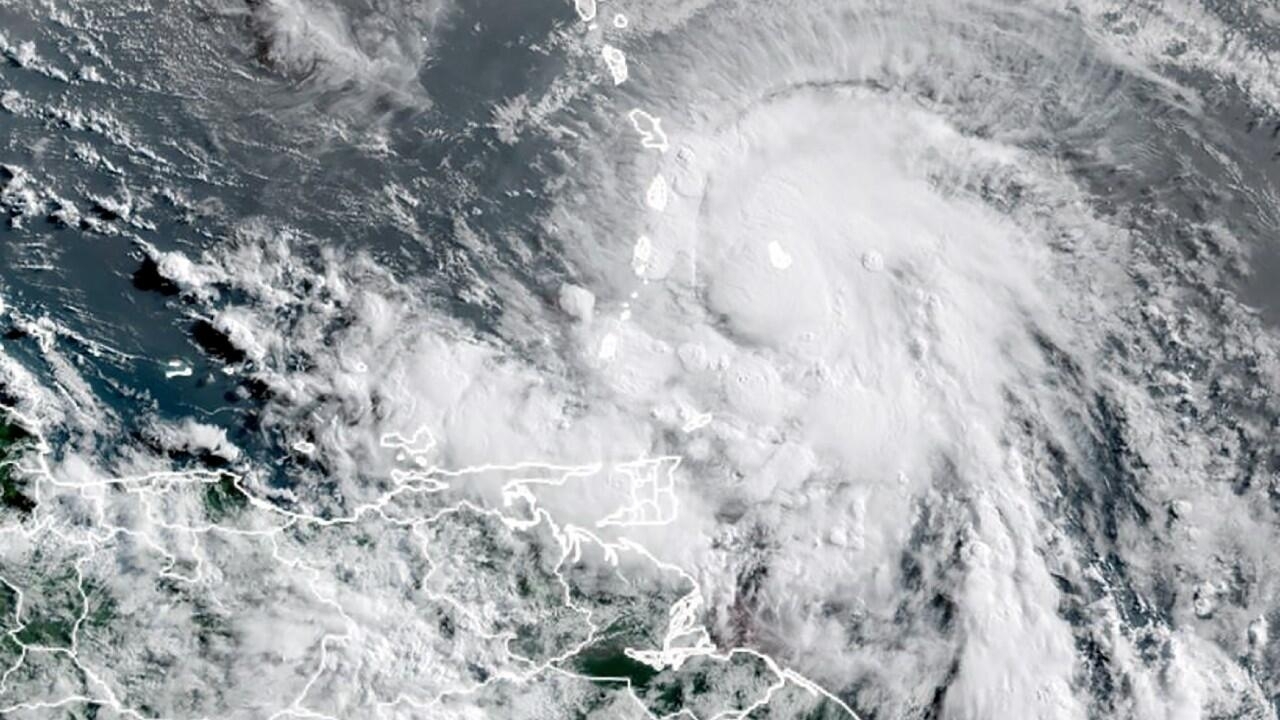 Tropical Storm Elsa reached eastern Cuba and is moving west-northwest. The phenomenon is expected to continue into the Straits of Florida between Tuesday and Wednesday, according to the National Hurricane Center. Elsa has already left three people dead in the Dominican Republic and on the island of Santa Lucia.

Cuba and Florida take action against tropical storm Elsa. The entire Cuban territory, from east to west, is under some kind of alarm due to the phenomenon.

The storm hit eastern Cuba this Sunday, whipping palm trees with strong winds and bringing heavy and constant rains along parts of the southern coast of the island.

“There is a lot of wind and waves of a meter or more (…) There is no one outside. Everyone is in their houses or shelters, since we hope that things will get worse,” said Wilfredo Muñoz López, who rents rooms to tourists in Cabo. Cross.

On the afternoon of this July 4, the center of Elsa was located near the east of the country, about 20 kilometers west of Cabo Cruz, and heading northwest, according to the National Hurricane Center in the United States.

The forecasts of the forecasting center of the Cuban Institute of Meteorology (Insmet) also indicated, as of Sunday afternoon, Elsa’s displacement towards the west-northwest of the country, with a speed of 20 kilometers per hour.

Elsa is forecast to continue approaching the center of the country between late Sunday and early Monday, first reaching the extreme west of Granma province and south of neighboring Las Tunas province. Later, it will turn towards the Province of Camagüey and others in the center of the nation.

The storm will bring 13 to 25 cm of rain, and in some areas up to 38 cm. The southern coast of Cuba is forecast to receive a storm surge of up to 1.5 meters.

Given its proximity to several provinces of the island, the authorities issued several evacuation orders, from the west to Havana for fear that the rains in the next few days could cause the collapse of buildings in ruins.

According to provincial reports, more than 100,000 people have been evacuated in the potential path of the storm. Most were transferred to the homes of family and friends, although around 23,000 people also took refuge in facilities arranged by the government.

Some 400 inhabitants of mountainous areas took refuge in natural caves that had been prepared for the emergency.

The situation raises concern, as the country is experiencing an increase in cases of the Covid-19 pandemic, with a transmission rate of more than 10%.

Florida, the next target of storm Elsa

Elsa is forecast to head into the Florida Straits on Monday and then move near or over parts of Florida’s west coast on Tuesday and Wednesday, according to the National Hurricane Center.

Here are the 5 PM EDT Key Messages for Tropical Storm #Elsa. Heavy rain will continue over Jamaica and portions of eastern Cuba through tonight while spreading over the Cayman Islands and central Cuba through Monday. More info: https://t.co/tW4KeFW0gB pic.twitter.com/RWlOdOmxza


In an alert, the Miami-based CNH noted that tornadoes are possible across South Florida Monday afternoon through Tuesday.

Governor Ron DeSantis declared a state of emergency in 15 counties, including Miami-Dade, where a condo building collapsed on June 24.

The proximity of the phenomenon forced rescuers to begin work to demolish the remaining part of the building, where at least 24 people died and more than 120 are missing.

Elsa leaves at least three dead in the Caribbean

Elsa left at least three fatalities on its way through the Caribbean, as it hit first in the vicinity of Haiti, Jamaica, the Dominican Republic and Saint Lucia.

Two of the deaths occurred near the southern coast of the Dominican Republic on Saturday, as confirmed by the director of that country’s Emergency Operations Center, Juan Manuel Méndez.

After leaving three dead in the Caribbean, storm Elsa plows through the seas of Cuba on Sunday due to the concern of the authorities about the floods that it could cause and in the middle of a re-outbreak of the coronavirus that complicates the health situation https://t.co/eIRG3fdUaW


The first victim was a 15-year-old boy, resident in the municipality of Bahoruco, Barahona province, who died when a wall fell on him, which collapsed as a result of the strong winds and rains.

In similar circumstances, a 75-year-old woman died in the town of Baní, in the Peravia province, in the south of the country.

The third death reported so far was registered on the island of Santa Lucia, in the Lesser Antilles. It was about a man who lost his life when his house collapsed due to the tropical storm.

According to meteorologists, the 2021 hurricane season in the Atlantic, which began on June 1, will be active until November 30. Experts predict several hurricanes that will circulate in the region and in the case of Cuba, there is an 85% probability that it will be hit by one of them.