Stories of the Olympic Games: Carlos Moratorio, the rider who, out of all calculations, climbed the podium in Tokyo 1964 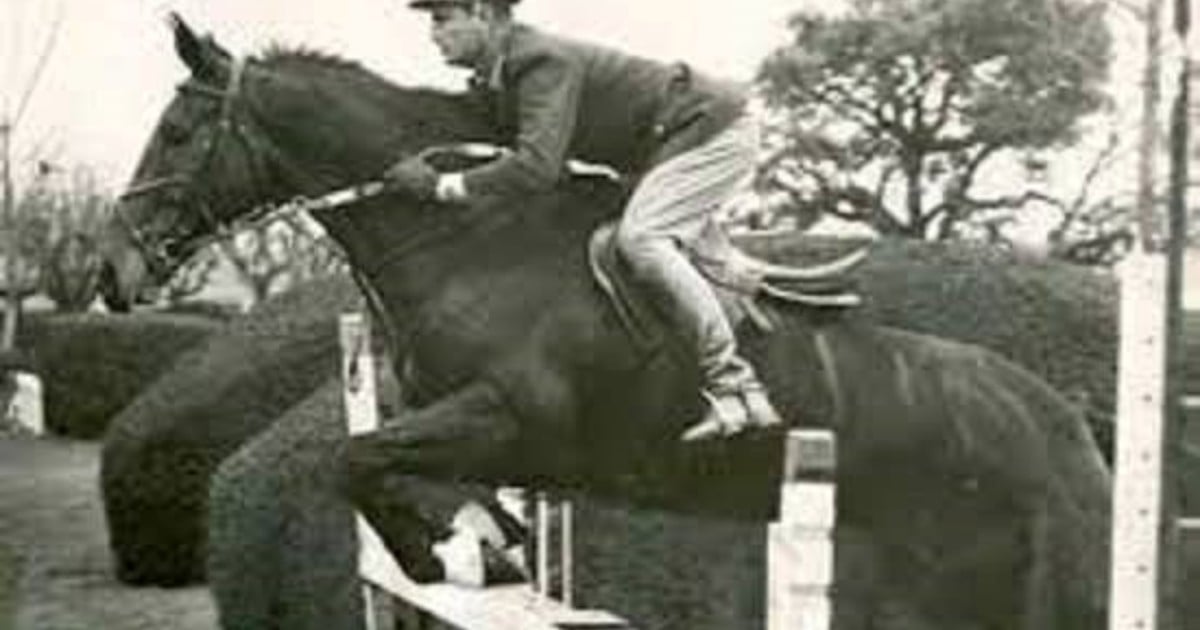 During the decade of the 60, and also in the following, the chances of a medal for Argentine sport in the Olympic Games were negligible. For Tokyo 1964 there was not much hope, but the truth is that he returned with a silver medal and perhaps it did not appear in the forecasts: the rider got it Carlos Alberto Moratorio riding “Chalán” in the complete riding test.

It is, until today, the only medal won for Argentina in the Olympic history of this sport. And it elevates Moratorio to the site of our greatest exponent in horsemanship, along with values ​​such as Carlos Delía and Hugo Arrambide.

Born on November 10, 1929 in La Cruz (Corrientes), he had a military vocation. His father, Carlos Leopoldo, was Uruguayan and had fled his country at the beginning of the century, after the revolution of the nationalist leader Aparicio Saravia was killed.

Carlos Alberto Moratorio –interviewed by Héctor Onesime, later director of The graphic– He recalled: “In my province, Corrientes, the horse was the means for everything. So I learned to love it. And when I came to Buenos Aires I asked to enter the Military High School, where I graduated as a bachelor ”.

Carlos Alberto Moratorio on a cover of El Gráfico. (Photo: The Graphic)

There, as a cadet, he participated in a raid to Yapeyú to honor San Martín. In 1951 he graduated from the Military College as a cavalry second lieutenant and after going through different destinations, since 1960 he was assigned to the Military Riding School, where he was able to combine his two hobbies.

The full test, also called the “three-day test”, took place in Tokyo under very difficult conditions, on lands that were frequently flooded due to the rains. The first day consisted of “Training”, with exercises in a 20 x 60 meter arena. The cross country test, the second day, had five phases and also a great demand, including a cross country of more than 7 kilometers through a field with hurdles. There the participants were exposed to different bonuses and penalties. The third and final day was reserved for the hunting test.

The good start of Moratorio would be decisive. He was third in training with 42 penalty points, only surpassed by the German Fritz Liggers (32) and the British Reuben Jones. The positions were altered after the long day, from which the British Richard Meade and the Italian Mauro Ceccholi emerged as leaders. But Moratorio, very consistent, remained in third place, ahead of Jones. And the British declined in the hunting test, so that Ceccholi won the gold medal, Moratorio rose to second place and the German Liggers, to bronze.

He did not lack a quota of suspense. In one of its last jumps, the rod wobbled. “If he fell, he lost 10 points and the silver medal went to someone else,” he said. But he also pointed out that the “storm on the second day complicated everything for us, I think I could get more points there.”

In the team classification, Argentina reached sixth place and there Moratorio was together with Elvio Flores, Juan Carlos Gesualdi and Julio Efraín Henri. They obtained the Olympic diploma.

Moratorium – who that year was distinguished with the Gold Olympia as the best Argentine sportsman – he carried out his campaign with “Chalán”, a horse that he had received as a prize in 1958 when he won the Army Championship. And with the same animal, in 1966 he reached his maximum triumph, when he was proclaimed world champion of the complete test in Burghley, England.

There she collected 63.10 points, a wide advantage over the already known Meade (46.60) and a bronze medal for the Irish Virginia Freeman-Jackson (41.60). By teams, Argentina achieved the silver medal behind Ireland, forming with Moratorio, Lieutenant Roberto Pistarini, Ludovico Fusco and Enrique Sztyrle.

Moratorium was the standard bearer of the Argentine delegation in the following Olympic Games, in Mexico 1968, but the map of the complete event had completely changed and he finished in 34th individual place.

He became a colonel in the Argentine Army and upon retirement, also from the competitions, he settled in Tandil, where he installed a riding school named after his long-awaited “Chalán”.