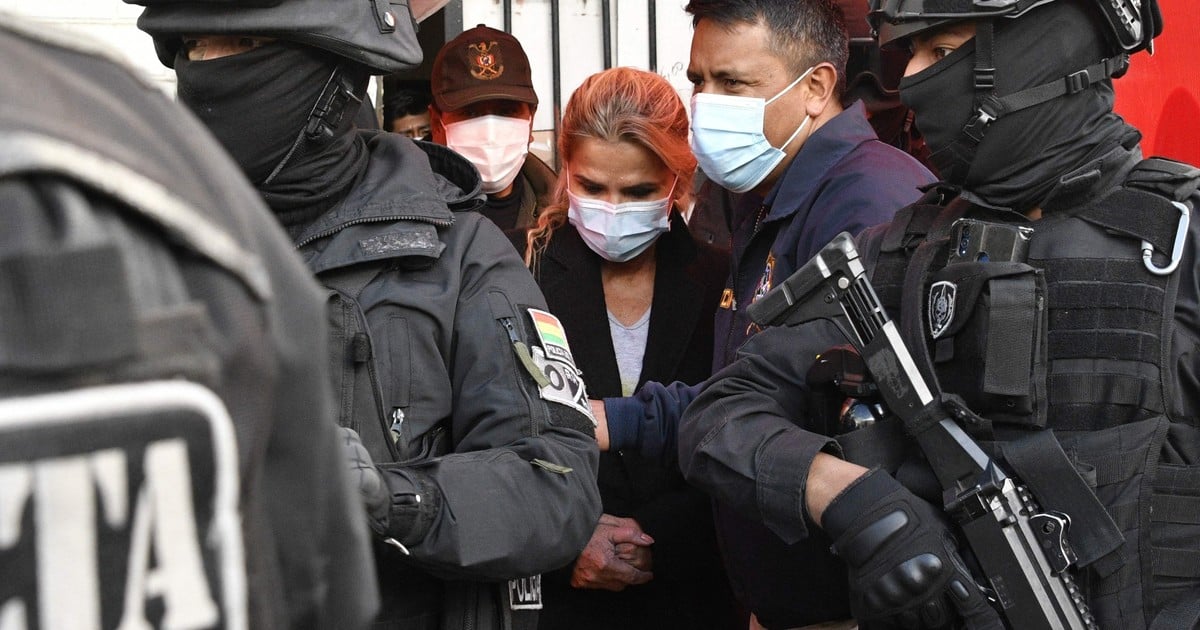 The arrest of the former provisional president of Bolivia, Jeannine Añez, configures an excess of the doctrine of the story or of the post-truths that has spread throughout a world of liquid politics and the collapse of ideologies. The measure seeks to abolish the narrative that Evo Morales was knocked down by a coup, a version that his allies in the region brandish, also adhering to that ductile sense of truth and dubious vindictive reasons.

In Bolivia, in November 2019 there was no military uprising, with proclamations and statements. Not a general full of lapel pins arresting civilian commanders. There was if there was a social upheaval, similar in many ways to the rebellion of the indignant that nearby, and at that time, was also taking place in Chile by an exhausted citizenry who demanded improvements in the democratic system. Those tensions overwhelmed the questioned indigenous leader.

Evo Morales appeared in the elections of October 20, 2019 to try to win a fourth consecutive term (“More than two is a monarchy,” Brazilian Fernando Henrique Cardoso said at some point). To do so, it violated the ruling of a plebiscite in which its own bases had voted against that possibility. But that president moved his judicial resources to achieve, like his Nicaraguan colleague, the autocrat Daniel Ortega, the consideration that not authorizing it would imply proscribing it.

The only international support he had for that purpose He was received by the Secretary General of the OAS, the Uruguayan Luis Almagro, considered a “brother” at that time. in his speeches because he considered that fourth attempt legal. The diplomat was later demonized by the fallen president because it was the team of the hemispheric organization that discovered the strange manipulations in the electoral count that sought to save Evo from a ballot in which he would inevitably lose.

Let’s remember that episode a bit. The quick count, which is based on the forms that are transmitted photographically from the polling stations, was interrupted when 84% of the vote had been controlled. Until then, Morales was winning but he was far from avoiding the ballot. Their difference was seven points. When the count was resumed and the information was replenished the next day, the president had the ten points necessary to prevail in the first round.

The people in the street, especially the youth, reacted with fury, protests and violence when taking note of this maneuver, which they translated as an additional mockery of the violation of the plebiscite. There was an undertone to that shock that Morales and his allies did not take into account. The president had returned to the polls with an economy that lost momentum after three decades of keeping it high. That fall eroded his popular support. Just keep in mind that in one of the efforts to energize it, pure pragmatism Farmers were authorized to burn a space in the Bolivian Amazon the size of Costa Rica to expand soy cultivation and cattle raising and sales of the production to China.

That happened when the world only looked at the damage suffered by this jungle in Brazil under the indolent hand of the government of Jair Bolsonaro. The indigenous people who lived in that region marched 450 kilometers on foot with their disappointment on their shoulders from Chiquitania to Santa Cruz, the golden city of Bolivian agriculture, to make their complaint and their helplessness heard. One of the leaders of that movement, Joaquín Orellana, who claimed that the president who had forced the elites “to take us into account He has already left us ”.

It was clear that this malaise would be evident in the torrent of votes. Nobody expected a great defeat for the ruling party, yes a reduced victory, distant from the one Morales obtained in 2014 when he won an indisputable 61% of the votes. The manipulation of the vote detected by the OAS, with autonomous remote computer equipment, which continued to operate secretly while the count was canceled, exhibited the perception of the then president that he could do anything he could think of, from breaking with his own Constitution, giving turn your back on your indigenous voters or draw a result. And nothing would happen. He lacked widening his gaze. Around the world, testimonies are multiplying that people no longer allow their leaders that autonomy. Bolivia was one more case of this outraged tension.

The crisis that triggered that play created a power vacuum in the country, as Evo’s Defense Minister acknowledged, who said that the country was one step away from “total lack of control” and “at any moment the deaths will begin to be counted by the dozen. The fortunate fact then was Morales did not send the military to the streets to repress as was done in Chile in the Venezuela of Nicolás Maduro, who accumulated deaths between 2014 and 2017 at the hands of paramilitaries.

The tension and the rampage of the situation is what led the historic Bolivian Workers’ Confederation, the COB, to suggest to Morales that he resign. “If it is surely an action and a measure for the people to pacify themselves, fellow president, we call on you to reflect that you can assume this responsibility. If there is a need to resign, to pacify the people, we do it, we say it from the Central Obrera Boliviana to pacify the country, “said the head of the entity Juan Carlos Huarachi, on November 10.

It was a day before the president presented his resignation. In those hours, after the union pronouncement, a friend of Morales, the commander of the armed forces, Williams Kaliman, made the same suggestion. Evo accepted and left the country for Mexico. It was in the capital of that country, during the first stage of the exile that continued in Argentina, where he drew up the story of the coup, a strange entelechy: Kaliman, the supposed dictator, was immediately demoted by Añez’s interim government.

As this column has already pointed out, such a nightmare would not have existed if Morales did not insist on perpetuating himself and allowed a replacement, for example, with his brilliant Minister of Economy, Luis Arce, who a year later widely won the elections sustained in the now distant memory of the growth of Bolivia. Añez, now detained, governed that interregnum surrounded by hawks of the ultra-right who attacked the former president and his allies, inventing charges, persecuting them and ordering arrests without legal causes. Now, it is the other path that condemns the country to that same misery. No tolerance. Just revenge and fake news.
Copyright Clarin 2021