Stores Herb farm, sushi bar and own brewery – Almost a billion euros have been invested in the development of K-stores in recent years, the same pace continues 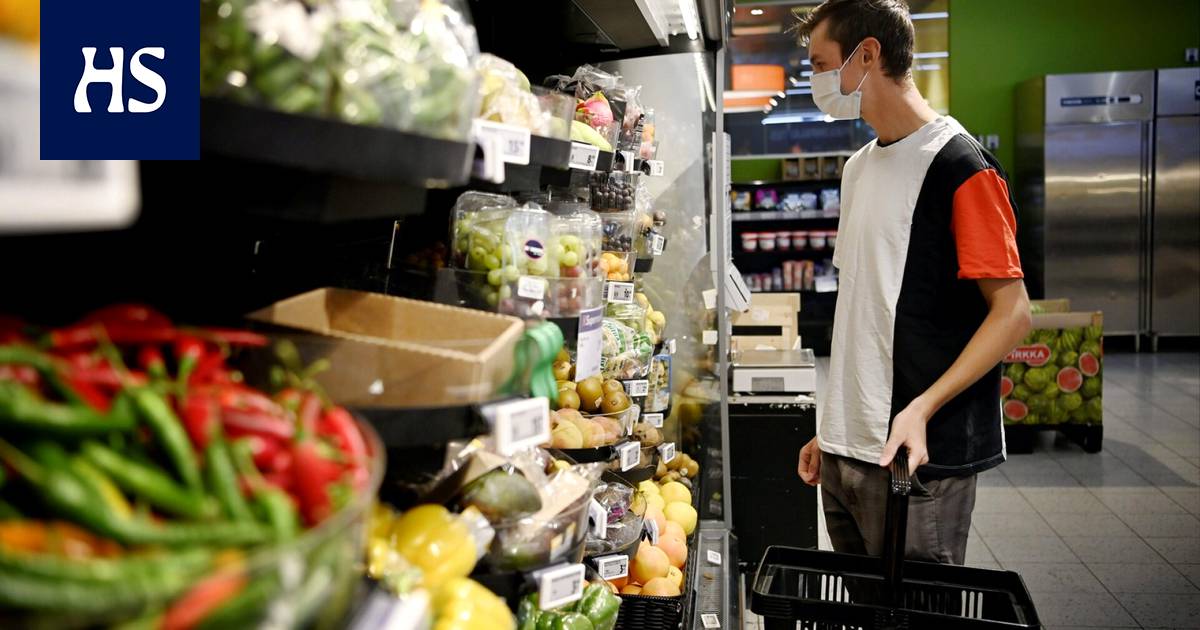 Kesko has marketed its store renovations, especially with special store services. At least 40 percent of store sales should come from a store-specific selection.

“The key is that traders can make their own decisions. ”

This is Citymarket’s chain manager Ari Sääksmäki The statement sums up much of the current philosophy of the K-Group, another giant in the Finnish grocery trade.

The Group has invested almost EUR 1 billion in its grocery store network in 2015–2020. This year, it says it will open 20 new stores and renovate 100. The investment will cost 120 million euros.

According to Sääksmäki, the pace of investment is set to continue next year as well.

“Of course, there are no final decisions yet, but the goal is to bring about even more reforms next year than this year.”

According to Sääksmäki, the store reforms have also been very successful financially, and they have achieved a significantly better sales result than the average chain sales development.

Kesko has marketed its store renovations, especially with special store services. For example, sushi bars and beer shelves swaying the products of small breweries are already starting to be more the rule than the exception in the largest hypermarkets.

The newly renovated Vantaa Tammisto Citymarket has, for example, an herb growing plant and its own brewery, which is no longer waiting for the last permit papers. Dealer Kimmo Sivonen is the first brewery in Europe to be located in a hypermarket.

To the headlines Behind the rising specialties is a model of thinking, which, when reported by Kesko’s Vice President, Grocery Ari Akseli seems downright excited.

The K-Group’s stores have a so-called chain selection, which forms the backbone of the selection. On top of that, a store-specific selection is built, which is determined by the needs of each store.

At least 40 percent of store sales should come from a store-specific selection. However, trade-specific products may account for up to two-thirds of the items on sale.

A large part of the store-specific selection is also procured through Kesko’s logistics chains, and many of these products are widely available in stores. On the other hand, you can even include local specialties that cannot be found anywhere else.

“At its smallest, the products come by bike from that close,” says merchant Sivonen.

Akseli, Senior Vice President, says that the selection of the Group’s central warehouse is also constantly updated based on information from stores.

“There are big global giant chains with a total of 800 suppliers. The K-Group has more than a thousand suppliers through Kesko and tens of thousands, including retailers, ”says Akseli.

Of the K-Group’s competitors, for example, Lidl said in January that its selection is no longer the same in all stores, but that about a quarter of its stores offer a basic selection and 75 per cent of the stores offer an expanded selection.

Keskon In terms of investments made in 2016–2020, 44 per cent went to the Helsinki metropolitan area. The share of the Helsinki Metropolitan Area in the number of trade reforms was just over 17 per cent.

“Investment in trade often gets little media attention because it is spectacular to open one factory. Trade investments are much more widely distributed in the country, ”says Akseli.

The K-Group’s investments have focused on growth centers, as more and more people are moving to them all the time. However, Axis also highlights shops in small migration loss areas.

“The K-Group’s deal is usually the last one in a village or market, but at some point there will also be some limit.”

Kesko In 2016, acquired Suomen Lähikauppa, which ran Siwo and Valintatalo. The acquisition is a significant reason for the K-Group’s large increase in the number of transactions in recent years.

Axis speaks of convenience stores as “modern village shops that keep a block or village alive”. According to him, one of the reforms to Kesko’s own operating methods was the abandonment of a line where one retailer was allowed to have only one store.

In his view, the role of small shops as multi-service points could be strengthened, for example, by the sale of mild wines and self-medication.

“My own holiday shop has a local pharmacist remote point where I can go buy Burana. Usually, I haven’t had terribly long discussions with a pharmacist at the pharmacy about whether or not I should take this Burana, ”says Akseli.

In his opinion, the Finnish regulatory framework has a “rather low idea of ​​people’s general judgment”. The axis refers to, for example, nicotine replacement products.

“They came to the grocery store, smoking decreased and the price of nicotine substitutes dropped significantly. Everyone won. Would it be quite a bit to believe in people? ”