Soybeans are seen in the field in Illinois, USA.

SAO PAULO (Reuters) -Brazilian soy production should reach a record 143.3 million tons in 2021/22, up 5.6% year-on-year, according to StoneX consulting firm in its first projection for this Monday. the next season, with planting in mid-September.

The planted area for the new cycle was estimated at 40.1 million hectares, up 1.5 million from the previous season.

Considering a climate within normality, the national average yield was estimated at 3.57 tons per hectare.

“The weather will begin to be monitored closely, after below-usual rains during most of 2021 and remembering the delays in the regularization of rainfall in 2020”, said the market intelligence specialist at StoneX, Ana Luiza Lodi.

According to her, amid strong prices and favorable prospects for demand around the world, Brazil has a “privileged position”, as it has an area available for the advancement of agriculture, without having to occupy native vegetation.

If the production record expected by StoneX is reached, the balance of supply and demand for soy would have room to become “slacker”.

And exports in the world’s largest producer and exporter of oilseeds are expected to grow to 92 million tons in 2022, versus 85.5 million this year, while domestic demand is expected to increase to 49 million tons, against 47.5 million in 2021.

For 2021, there was an increase in the import estimate, to 900 thousand tons.

In its first estimate for Brazil’s 2021/22 summer corn crop, StoneX pointed to 29.8 million tons, up 15.7% year-on-year, with a slight increase in area after the previous season suffered from the weather. , and prices strengthen.

There is an expectation of an increase in the planted area to 4.45 million hectares, compared to 4.2 million in 2020/21, amid the restricted balance of supply and demand, with the break of the second crop in 2021.

“As for soy, the climate will be central to reaching these numbers, remembering that the cereal was also affected by the irregular climate…”, he said in a report.

StoneX is not yet releasing figures for the second harvest 2021/22 and therefore adopted the highest level that was previously estimated for the winter 2020/21 cycle, of 82.4 million tons, to draw the balance.

In this context, corn exports in 2022 could reach 40 million tons, against 19 million in 2021, whose crop suffered from drought and, more recently, frost.

Domestic demand for corn will continue to grow next year, reaching 72.5 million tons, an annual increase of 1 million tons.

For the corn crop that is being harvested (cycle 2020/21), seriously affected by bad weather, StoneX calculates total production at 87.14 million tons, against 87.9 million tons pointed out in the previous report.

This new estimate for corn is the lowest since 2017/18, when the country produced 80.7 million tons of the cereal, highlighted the consultancy in a note.

The projection for the second 2020/21 corn crop was revised downwards, from 60.5 million to 59.6 million tons, after frosts that occurred last month.

“The cut of more than 800 thousand tons resulted from an expectation of lower productivity in São Paulo, Minas Gerais and Mato Grosso do Sul, noting that the latter state, together with Paraná, were the most affected by frosts in the last month”, explained the consultancy.

For the Southeast, the advance of the second crop harvest has shown that the impacts of the water deficit on cereal yields were greater than previously expected.

(By Nayara Figueiredo and Roberto Samora) 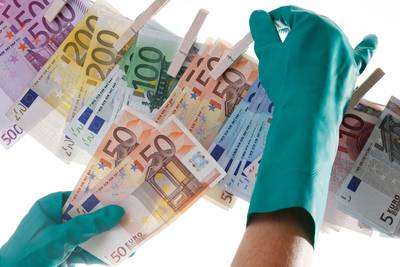