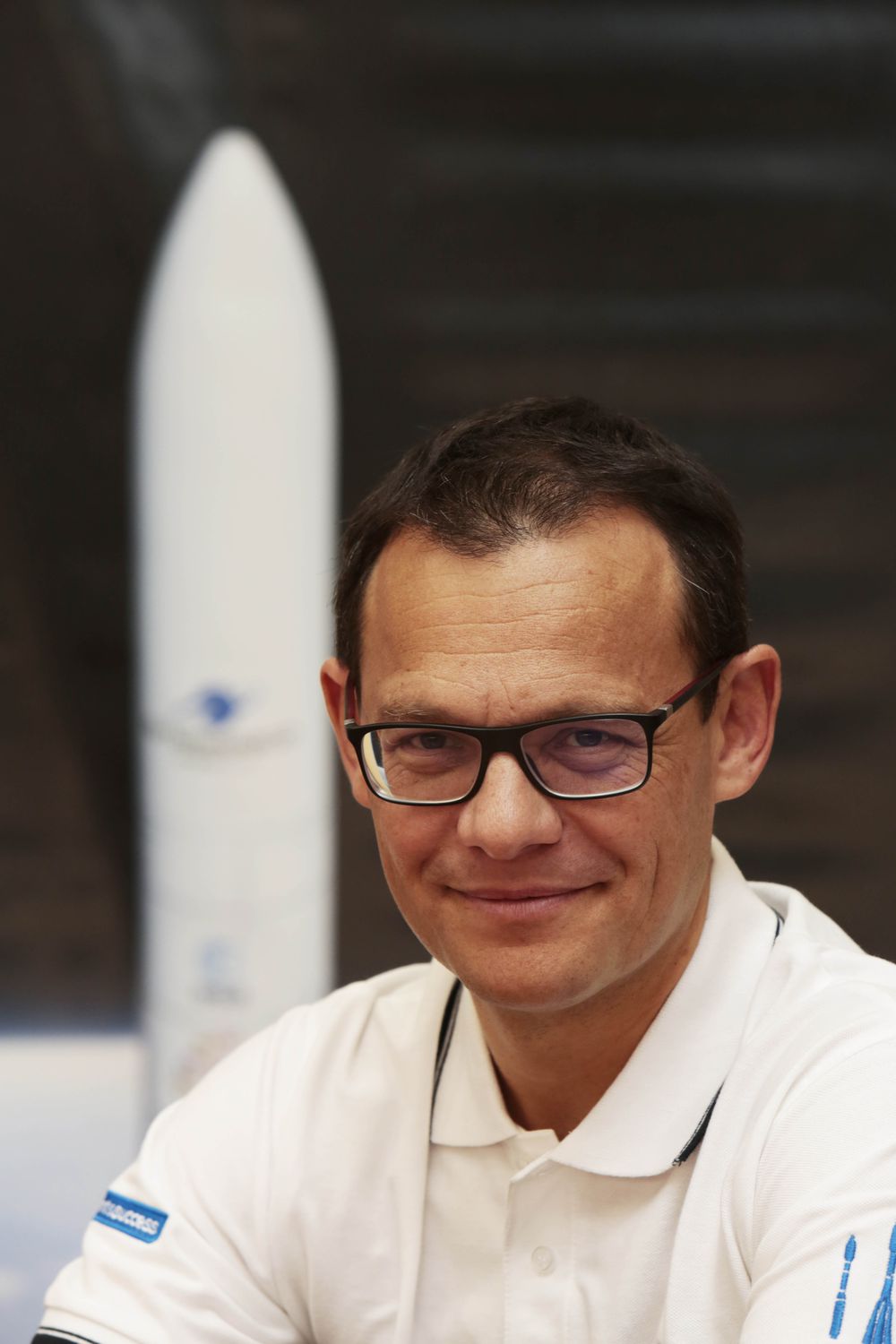 The fight against the pandemic and economic recovery logically monopolize the efforts of the European Union at the beginning of 2021. But there is a terrain in which, beyond the priorities of the moment, it can determine the future strength of the continent: the space race.

“Space is at the heart of the challenges of the 21st century, and, for Europeans, it is more essential than ever to be masters of our destiny”, explains in a telephone interview with EL PAÍS Stéphane Israël (Paris, 1971), counselor delegate from Arianespace, the European rocket launch company. “What is space for?” Asks Israël. “It serves to protect the population in security and defense applications, to fight against the digital divide with new projects dedicated to the Internet, to monitor the climate with satellites that allow a better understanding of emissions and climate change. And space also serves to go beyond oneself and improve oneself, as seen in the great exploration projects.

Arianespace, owned by the companies Airbus and Safran, made a profit of one billion euros in 2020 and, despite the pandemic, carried out ten launches from the bases in Guyana, Baikonur and Vostochny and put 166 satellites weighing between 250 grams into orbit. and 6.5 tons. It is not, however, an easy time for the continental space project, which in 2019 commemorated the 40th anniversary of the first launch of the Ariane rocket, one of the great industrial successes in Europe, the result of French-German collaboration and those of other countries.

On November 17, 2020, a human failure in the assembly process of the Vega, Arianespace rocket launched from the French Guiana base, caused the loss of SeoSat-Ingenio, the first Spanish satellite for terrestrial observation, in which Ten years of work and 200 million euros were invested.

“We have made our sincerest apologies to our customers for this mission,” says Israël. “We know what the loss of a satellite represents and we are truly sorry. This failure reminds us that reliability is an all-time battle and that it is won by persisting in a lasting way ”.

One effect of the pandemic has been to delay the project for the Ariane 6, the rocket that will replace the Ariane 5. Initially, the Ariane 6 was due to start flying in 2020. The date has been postponed until the second half of 2022. “It will be a rocket. lighter, and that it will be able to embark on more complex missions thanks to its reusable engine, and a rocket that is cheaper to produce and operate ”, explains the head of Arianespace. “Ariane 6 is a very ambitious development program that, like all development programs, faces technical challenges that take time to resolve. But there is no doubt that a significant part of the delay is explained by the covid-19 crisis, “he says.

Another complication is the formidable competition that has emerged in recent years from private US companies or rising powers like China. A report from the French Court of Auditors warned in 2019 that “the control of space technologies and the fact of being able to access space autonomously are, for Europe and France, interests whose importance has never been so great”. And he added that Ariane faced “significant challenges.” “This situation has its origin in the rise of the American competition of the SpaceX company, which has robbed the Arianespace company of the position of world leader in the commercial market in 2017,” he continued. And it concluded that “the new Ariane 6 launcher, which the European Space Agency decided to develop in 2014 to face this competition, will only constitute a transitory response to this challenge.”

Israël responds that, “in terms of commercial orders”, Arianespace is still ahead of SpaceX, but it surpasses Arianespace “in total number of launches”. For one thing: the Ariane 5 rocket, currently in use, is more powerful than SpaceX’s Falcon, so each launch with the former is equivalent to two launches of the latter. Another reason: SpaceX, despite being private, enjoys support from the US Government – what Israel calls “numerous and well-paid institutional missions”, with military clients such as the US Air Force – unimaginable for Arianespace, even if it is semi-state . This forces the Europeans, he says, to “redouble their effort and energy to make sure their pitchers play in the same conditions” as the competition.

“In a context where the Americans and the Chinese are hyperinvesting in space, Europeans are faced with the question of ambition,” argues the CEO of Arianespace. “The more European institutional projects there are, the more industry there will be with prospects and work, at the same time with satellites and launchers.”

Israel gives the example of Galileo (European satellite navigation system) and Copernicus (Earth observation program) and the future project of constellation of satellites in low orbit (less than 1000 kilometers high) to combat the digital divide, improve communications safe for the armed forces and develop the sovereign ‘cloud’, the internet of things and the autonomous car. It is a series of applications that would demonstrate the usefulness of space in practical life. To this are added the projects, to be carried out by the Ariane 6 rocket, of a lunar landing system and a probe to collect samples from Mars.

“If the Europeans go at a higher speed in exploration, it will be good news for our launchers,” says Israël, who urges European states to use Arianespace rockets to launch their satellites and thus balance competition with the United States. .

Can the EU be an autonomous and globally influential power without a leading space program? There is no nation without stories, shared fictions about the past and joint dreams about the future, and space exploration is the ideal field to create a common identity, for an epic that, on a European scale, does not exist today. The undoubted achievements of successive Ariane rockets have never excited the imagination of Europeans as they have the programs of other powers. These achievements have always been seen more as projects in which industrial policy, communications and technological advances converge than as a collective epic with heroes and deeds.

Europe has for now ruled out reusable rockets like Space X’s and that has given this company an advantage when it comes to cutting costs. “We should have decided on a reusable launcher,” French Economy Minister Bruno Le Maire said in September. “We should have had this audacity.”

Inhabited flights are also not the order of the day in Europe: European astronauts today fly with Russian or American rockets. “We understand that Europe cannot do everything. We understand that it has a cost. But we think Europe could address this issue, ”says Israël. “We are realistic, but we have the right to dream and be ambitious.”

Weather: Warning of snow chaos in Germany at the weekend

African Diaspora in France: Romain Mbiribindi, for the health of his family