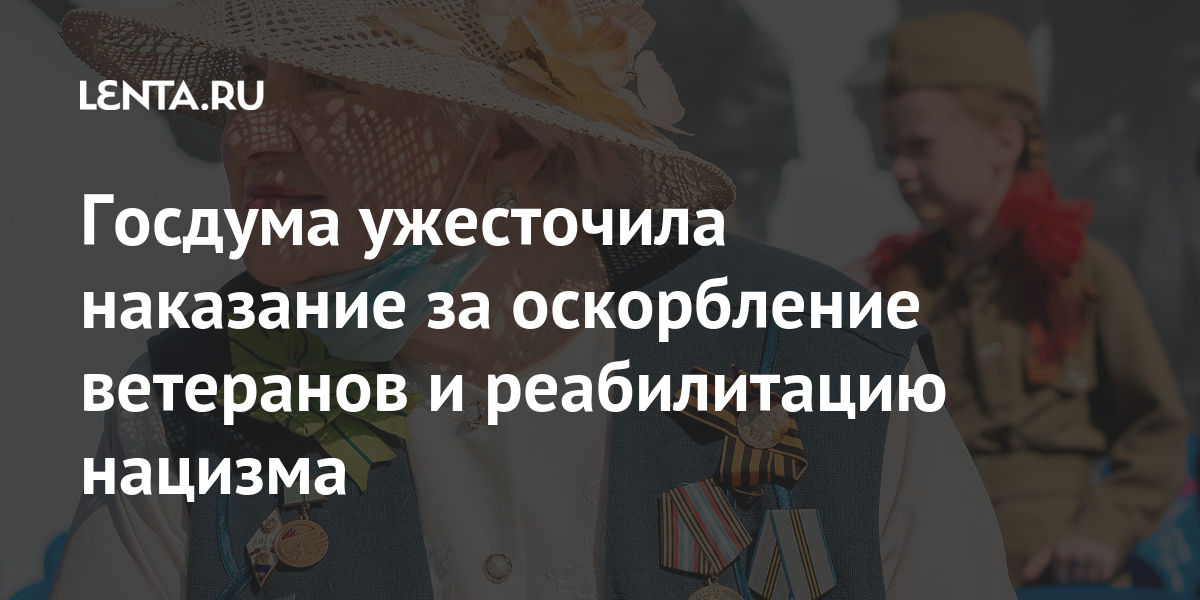 The State Duma adopted bills on strengthening administrative and criminal responsibility for the rehabilitation of Nazism and insulting the veterans of the Great Patriotic War. This is reported on website lower house of parliament on Wednesday 17 March.

So, for public humiliation of the honor or dignity of veterans or desecration of symbols of military glory in the media or the Internet, a fine of up to five million rubles, as well as imprisonment for up to five years, is threatened. Also, the violator can be deprived of the right to hold certain positions for up to three years.

A fine of up to three million rubles or imprisonment for up to three years is provided for publicly denying the facts established by the verdict of the Nuremberg Tribunal. In particular, we are talking about the dissemination of deliberately false information about the activities of the USSR during the Second World War. In case of committing illegal actions through the media and the Internet, the amount of the penalty increases.

Earlier, State Duma Speaker Vyacheslav Volodin said that it is necessary to protect the memory of veterans. “It is unacceptable to insult those who defended the Motherland. As well as attempts to revise the results of World War II, to justify Nazism, to question the role of our people in the Great Victory, ”he said.

On February 22, Deputy Irina Yarovaya announced amendments to the law on qualified responsibility for the rehabilitation of Nazism.

Parliamentary elections in the Netherlands - will “Teflon-Mark” be Prime Minister again?

Crisis in Venezuela: fuel shortage threatens to unleash another storm for Nicolás Maduro