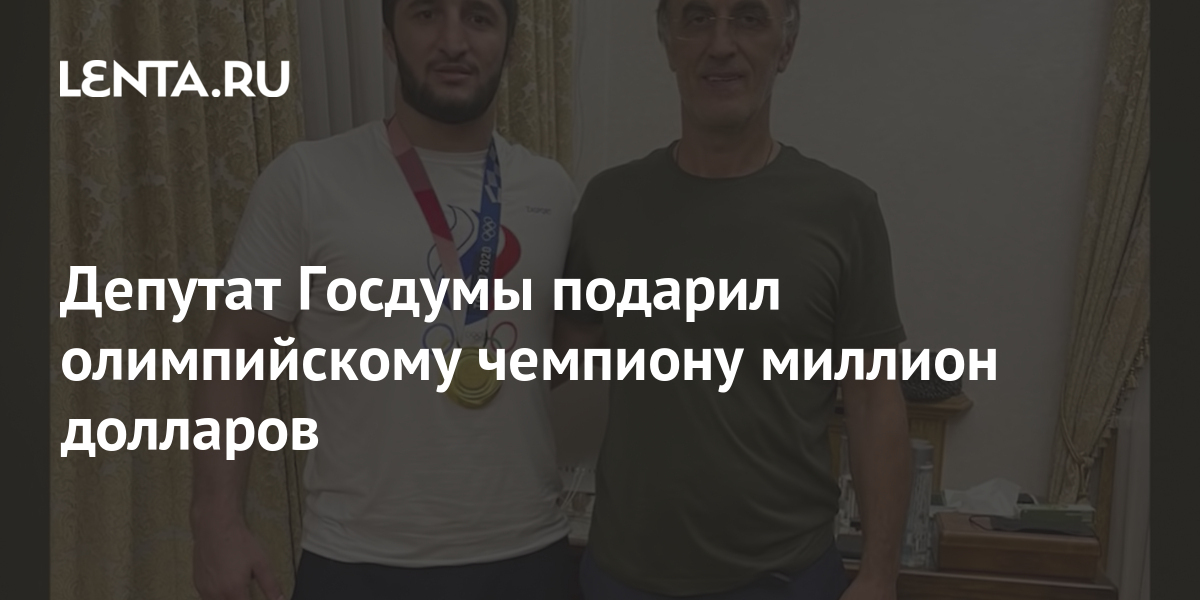 State Duma Deputy Magomed Hajiyev presented two-time Olympic freestyle wrestling champion Abdulrashid Sadulayev with a million dollars for winning the Games in Tokyo. The athlete announced this in his Instagram-account.

“I want to thank my fellow countryman from Charodinsky district, State Duma deputy Magomed Hajiyev, who decided to reward me with a million dollars for winning the Tokyo Olympics. Also, my coach Shamil Omarov did not go unnoticed, ”said the wrestler.

He also thanked the coach for his support and promised to keep the bar, delighting the fans with new victories.

On August 7, 25-year-old Sadulayev won the gold medal in the weight category up to 97 kilograms at the Tokyo Olympics. In the final match, the Russian defeated American Kyle Snyder with a score of 6: 3. Thus, Sadulayev became a two-time Olympic champion. He took his first gold at the Games in Rio de Janeiro.

Putin sweeps legislatures labeled as fraudulent by the opposition