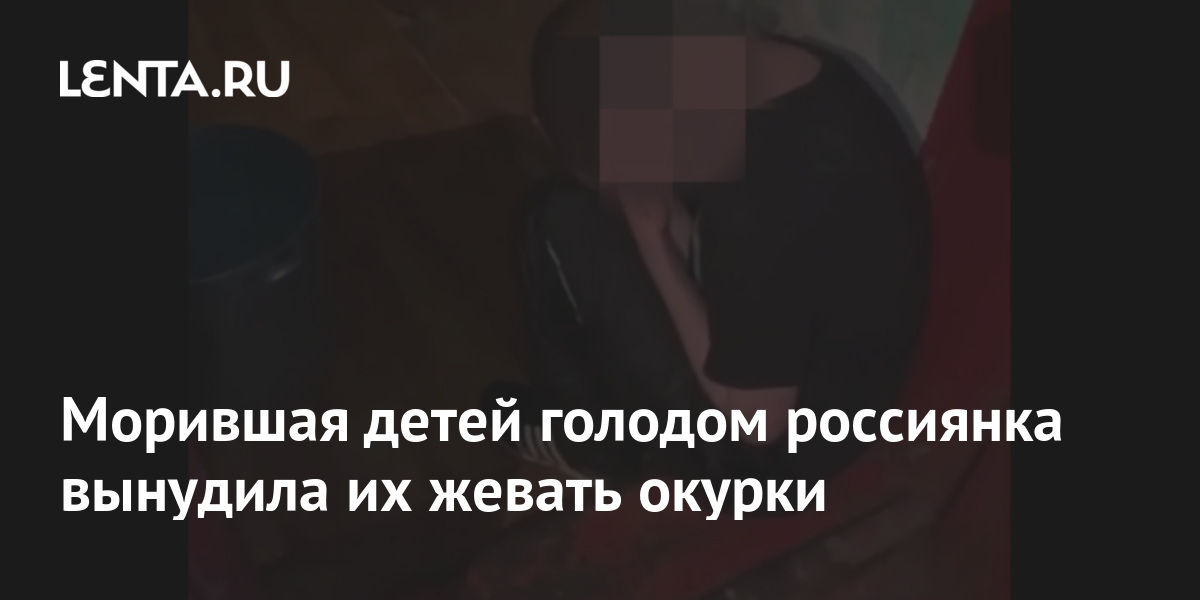 In the Novosibirsk region, seven children were taken from their mother. The Russian woman starved them and forced them to chew their butts. About this on your page in Instagram written by public figure Tatyana Osadchaya.

“Children simply live in hellish conditions, while the mother hangs out with the gypsies and“ culturally ”spends time, the children are at home alone without food, water and other necessities,” Osadchaya said.
⠀
She backed up her words with photographs, which show that children live in unsanitary conditions – they sleep on a rotten sofa among garbage and dangerous things, including an ax. Osadchaya said that the children are on their own while their mother walks with the man. From hunger, children have to drink water that has accumulated on the surface of the gas stove and eat cigarette butts.

According to “Komsomolskaya Pravda”, the woman has seven children, they do not go to school and kindergarten. Two of them have health problems. Children from different fathers – the mother receives child support and other cash benefits. According to the estimates of the publication, this is about 70 thousand rubles.

After the post appeared on the social network, the guardianship authorities took the children from their mother. Five of them are in shelters, the other two are being treated and with relatives.

Ombudsman for the rights of the child in the Novosibirsk region Nadezhda Boltenko explained to the newspaper that the guardianship authorities had known about this family for a long time. However, according to her, it is not yet clear whether the mother will be deprived of parental rights.

Earlier it was reported about a Russian woman who beat and tied her adopted children with plastic bags because of disobedience. As a result, she was deprived of her guardianship.