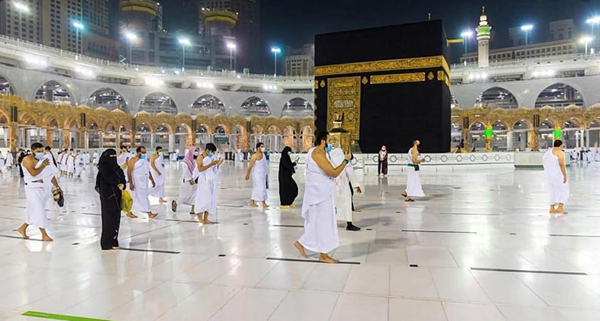 The Ministry of Hajj and Umrah in Saudi Arabia announced today the start of receiving applications for those wishing to perform Hajj for domestic pilgrims through the electronic track.

Registration lasts for 10 days, and those wishing to perform the fifth corner can choose from 3 packages to perform the ritual during the online booking process.

And the Ministry of Hajj and Umrah in Saudi Arabia revealed yesterday that the electronic portal will be launched for citizens and residents of the Kingdom wishing to register to perform Hajj this year, starting at 1:00 pm today, and continuing until 10:00 pm on Wednesday.

The ministry confirmed that registration is available during the entire period, and there is no priority for early registration, and reservations and purchases of packages will begin at 1:00 p.m. next Friday, June 18, corresponding to Dhu al-Qa’dah 15.

The Ministry had announced that registration for those wishing to perform the Hajj rituals for the year 1442 AH was limited to citizens and residents inside the Kingdom only, with a total of 60,000 pilgrims, stressing that the health status of those wishing to perform the Hajj rituals should be free of chronic diseases and be within the age groups from (18 to 65 years old). ) for those vaccinated.