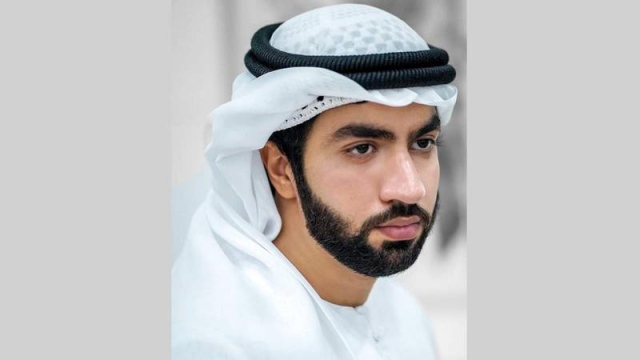 The Emirati student, Ali Omran, won first place in the “Hemaya Clip” award organized by the Dubai Police Protection Center, and received a special honor from the Commander-in-Chief of Dubai Police, Lieutenant-General Abdullah Khalifa Al-Marri, for a short video to raise awareness of Internet addiction.

Omran, who graduated from the College of Economics at the University of Sharjah, told Emirates Today that the Hemaya award provided an opportunity for all students to highlight their creative ideas in a high-end artistic field, which is video content creation, pointing out that he was keen to choose an idea that expresses the dangers of addiction. Internet.

And he found that the obsession with mobile phones and social networks makes a person almost connected to the device or united with it, so he chose to show a person connected to his face with a set of wires, in a way that looks frightening to everyone who sees it, but expresses reality.