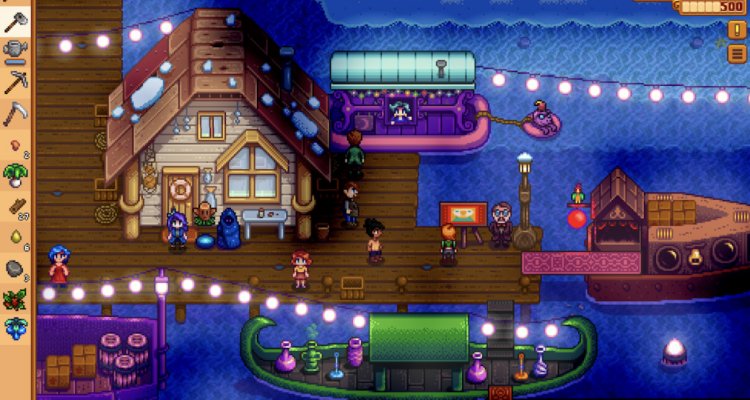 Stardew Valley is an extremely popular game but up until now it was hard to think of it as a sporting competition, however we were wrong as the game now has a official eSport tournament, organized by its creator.

Eric Barone, the developer who practically designed and built most of Stardew Valley, announced on Twitter the organization of the Stardew Valley Cup, or the official eSport competition dedicated to the famous indie agricultural simulation that has become a real mass phenomenon.


The competition will take place between four teams of four players, each made up of streamers and speedrunners for a real challenge between Stardew Valley champions, so to speak. There is also a major prize pool of $ 40,000 up for grabs, with Barone leading the event together with Zach “Unsurpassable Z” Hartman, a well-known content creator particularly linked to the game.

As explained in the presentation video visible above, the participants of the Stardew Valley Cup will have to take part in 100 challenges over three hours, all starting with a farm on the beach. The challenges range from completing rooms in the community center to reaching the lowest levels of the mines, each of which will result in a certain number of points in the overall ranking.

Participants will have a couple of weeks in advance to be able to to plan a real project to carry on the games in order to complete the challenges in the allotted time, but there will also be surprise challenges, during the gameplay, which can suddenly upset the plans of the teams.

The Stardew Valley Cup will be held on 4 September at 18:00, streamed live. We recently learned that Stardew Valley is coming to Xbox Game Pass but still without a specific date, following the release of update 1.5 for PS4, Switch and Xbox One in the past few months.