‘Star trek’ and the conquest of space

On February 28, 2015, the day after the death of Leonard Nimoy at the age of 83, the Italian astronaut
Samantha Cristoforetti paid tribute to the actor, famous for giving life to the Vulcan Spock in the television series ‘Star trek’ (1966-1969). Leaning out of the dome of the International Space Station, she took a photo with the Earth overhead, the Starfleet communication insignia on her chest, and making the Vulcan salute: showing the camera the palm of her right hand with her middle and ring fingers separated, forming a vee. The Vulcan salute was invented by Nimoy for his character in 1967 and is always accompanied by a phrase: “Long life and prosperity.”

The cast of ‘Star trek’, on the command bridge of the Enterprise. /

Cristoforetti added a goodbye to the photo on Twitter, the first part of which is what Captain James Kirk (William Shatner) says when his Vulcan friend dies in the movie ‘Star trek II: the wrath of Khan’ (1982): «’Of all the souls that I have met… his was the most human’. Thank you, Leonard Nimoy, for bringing Spock to life for us.” Astronauts like Scott Kelly and Terry Virts also fondly remembered the actor that day. And then-NASA administrator Charles Bolden noted that “Leonard Nimoy was an inspiration to many generations of engineers, scientists, astronauts, and other space explorers.”

Two months later, on April 21, 2015, Cristoforetti posed in the same corner of the orbital platform in the uniform of Kathryn Janeway, the captain of the series ‘Star Trek: Voyager’ (1995-2001). ‘Trekkie’ – as fans of the franchise are called – to the core, the ESA astronaut has a special bond with the character played by Kate Mulgrew. “Seeing her (Janeway in 1995) I knew she would be in space. The captain of the series was a woman, and I knew that she was going to study engineering. Exactly twenty years later, my first mission took place.”

See also  Space A huge explosion in the sun: a probe captures a historic picture of a gas eruption millions of kilometers away

Cristoforetti is one of the many astronauts and space engineers marked by the stellar odyssey created by
Gene Roddenberry, embodied in twelve series –three animated– and thirteen films. After the death a week ago of Nichelle Nichols – Lieutenant Uhura from the original series – NASA recalled that the actress had been the image of its 1977 campaign to attract astronauts among women and minorities. That initiative resulted in the recruitment, among others, of Sally Ride, the first American to travel into space, and Guion Bluford, the first black astronaut. That Nichols was the communications officer of the Enterprise had been a bet by Roddenberry, for whom a ship of the future had to be manned by humans without distinction of sex, skin color or origin.

Nichelle Nichols, in 1977 during the filming of a NASA video to recruit female and minority astronauts. /

“After the
apollo 11Nichelle made it her mission to inspire women and people of color to join this agency, change the face of engineering and science, and explore the Cosmos,” said NASA Administrator Bill Nelson. Tracy Drain is one of those new faces. Engineer of the Juno, Mars Reconnaissance Orbiter and Kepler missions, she has a photo of her doing the smiling Vulcan salute with one of her childhood models, Nichelle Nichols, as her mobile wallpaper. Like Cristoforetti, Drain was born years after the cancellation of ‘Star trek’, but she poses proudly on NASA’s website with William Shatner, captain of the first Enterprise.

The original series lasted only three seasons. The last of its 79 episodes aired in the United States on June 3, 1969, a month and a half before Neil Armstrong and Buzz Aldrin walked on the Moon. They were different times. There was nothing like the internet. But still the ‘trekkie’ flame stayed alive. The first ‘Star Trek’ convention was held in 1972, and when NASA announced in 1976 that the first space shuttle would be called Constitution, fans of Kirk, Spock, Uhura and company revolted.

Part of the cast of the original series and its creator, in a brown suit, at the christening of the shuttle Enterprise. /

The ‘trekkie’ community flooded the White House with letters demanding that the ship be called Enterprise, and President Gerald Ford ended up asking NASA to do so. The baptism of the first shuttle in Palmdale (California), on September 17, 1976, was attended by almost the entire cast of the series, in addition to its creator. “Thus began a long relationship between the space agency and the ‘Star trek’ brand,” notes NASA.

The franchise was revived in 1979 with the first of the films and, in 1987, a modernized Enterprise led by Jean-Luc Picard (Patrick Stewart) came to television in ‘Star trek: the next generation’ (1987-1994). Then there have been others, but the crew of the original series is the one that has had the closest relationship with the space agency.

Nimoy welcomed Enterprise when, on April 27, 2012, it landed at John F. Kennedy Airport aboard a NASA Boeing 747 on its final voyage. The destination of the first shuttle, which made only atmospheric test flights, was the Intrepid Museum in New York, where it is on display. Since 1977, Nichols has visited NASA facilities several times, as has Shatner, who in 2014 received an agency medal for “inspiring new generations of explorers.” James Doohan, the Scotty engineer who pushed the Enterprise’s engines beyond what was possible, first visited NASA in 1967 and years later took the controls of the shuttle simulator. George Takei, helmsman Hikaru Sulu, was photographed in 2014 giving the Vulcan salute with Robonaut, a robot astronaut.

The astronauts of the STS-54 mission of the shuttle Endeavour, as the protagonists of ‘Star trek II: the wrath of Khan’. /

In orbit, the nods to ‘Star trek’ have been constant. In 1992, the crew members of the STS-54 mission of the shuttle Endeavor were photographed wearing the crew uniforms of ‘Star trek II: the wrath of Khan’, pointy ears included in the case of Mario Runco. The six members of the space station’s Expedition 21 – two of them Russians – posed for posterity in 2009 as Starfleet officers. And the insignia of the Observational Research Compartment (WORF), a rack for experiments on the orbital platform, includes the name of Worf in the Klingon language, in homage to the eponymous character of that species from ‘Star trek: the next generation’.

On the ground, when James Doohan was the subject of a tribute in 2004, Neil Armstrong, aerospace engineer and the first human being to set foot on another world, spoke in one of his rare public appearances, turning to the actor and saying: «Of one old engineer to another, thank you, friend.

Captain Kirk, on the last mission of a shuttle 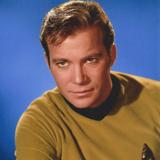 William Shatner woke up the Discovery astronauts on March 7, 2011. It was the last mission of a space shuttle, and Captain Kirk adapted to the occasion the legend with which each episode of ‘Star trek’ began to the sounds of the theme of the series: «Space, the last frontier. These have been the voyages of the space shuttle Discovery. Its 30-year mission to advance science, to build new exploration outposts, to hold nations together on the last frontier, to boldly go and do what no other ship has done before.” Diego Bertie in “La inheritance de Flora”: his posthumous film about the life of Flora Tristán

United States In the United States, storms have led to the cancellation or delay of thousands of flights