Stage 19 of the Tour de France: this is the general classification 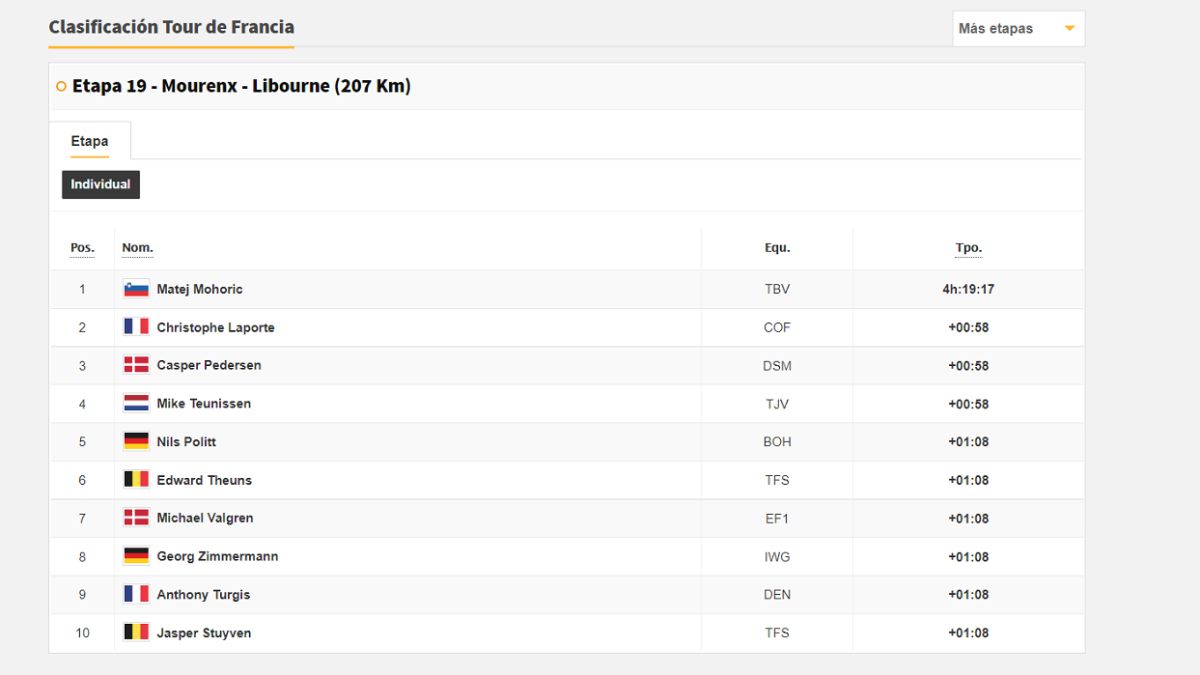 Matej Mohoric shined big for the second time on this Tour. It is difficult to win two stages in the same edition without being a sprinter or an outstanding man in the general classification, but the Slovenian champion achieves his second success in a breakaway. He won in the 7th stage and also now, the 19th. Ion Izagirre also fled, but with no chance of victory. The general, unchanged.

Classification of the 19th stage of the Tour de France 2021