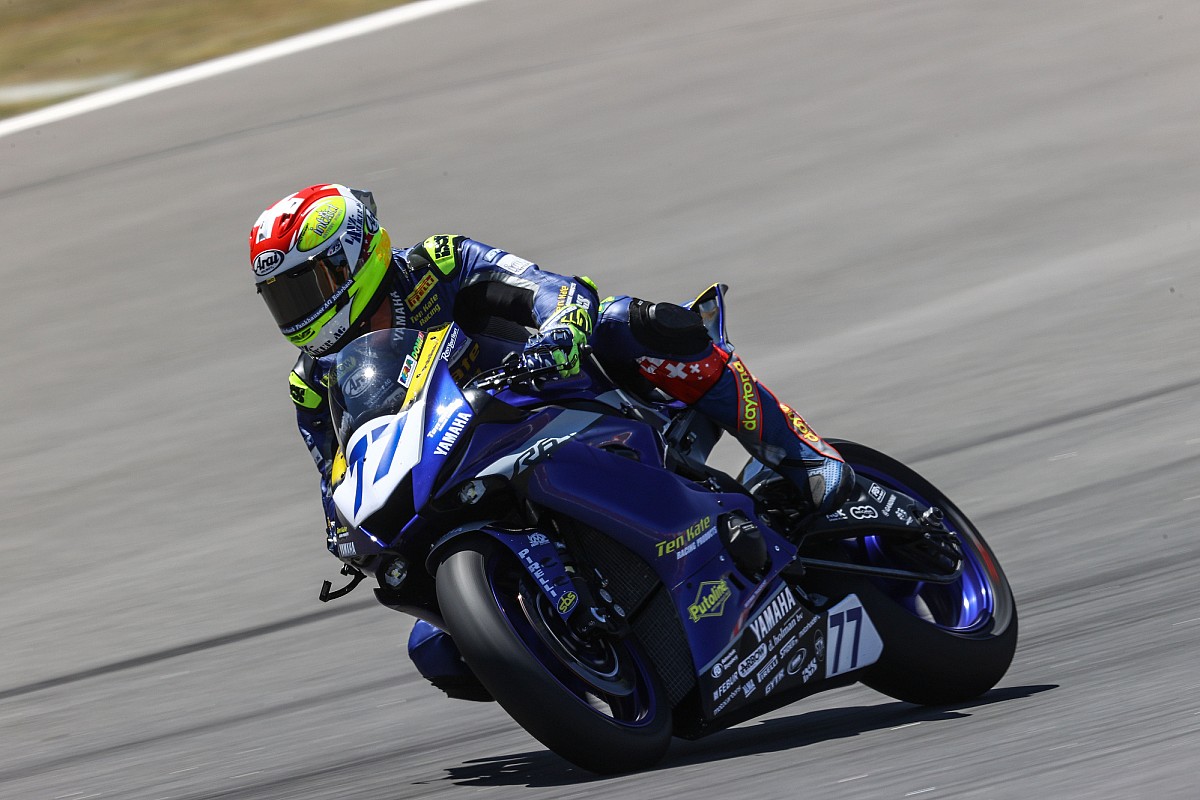 Sunday in Misano in the Supersport class bears the signature of Dominique Aegerter, who wins the success in Race 2 conditioned by a red flag and a penalty imposed on his direct rival in the standings. The Swiss is thus the author of a double that leads him to lengthen in the general classification, while Steven Odendaal, leader for the entire race, slips up to the fifth final position due to a penalty: the South African of the Evan Bros team has in fact passed several times the limits of the track, running into a long lap penalty that he did not serve and then receiving a 3-second penalty on the time of the finish.

The restart was therefore bittersweet for Odendaal, who was the leader until on the seventh lap a hisghside by Maria Herrera and immediately after a crash by Can Oncu made the track conditions unsafe. The Race Direction promptly decided to stop the race, which then restarted without the Spanish driver, who was taken to the medical center for checks.

With Odendaal climbing from first to fifth position, the podium of Race 2 also changes: in second position we find an excellent Luca Bernardi, who replicates yesterday’s great performance and passes under the checkered flag with eight tenths of a second behind the winner. Behind the San Marino player is Jules Cluzel, fighting for victory throughout the race but then ‘only’ third, almost a second behind the current world leader.

Manuel Gonzalez remains at the foot of the podium, author of a solid weekend and close to the top positions in the final stages, only to have to settle for fourth place finish. The Spaniard precedes Steven Odendaal, fifth for the penalty. Evan Bros rider precedes Philipp Oettl, sixth and first of the Kawasaki riders. Raffaele De Rosa disputes a more opaque race and is seventh at the checkered flag. The warning for exceeding the limits of the track also reached Marc Alcoba, who however managed to escape the penalty and is thus eighth. Closing the top 10 Federico Caricasulo and Hannes Soomer, ninth and tenth respectively.

The race of Niki Tuuli, Roberto Mercandelli and Filippo Fuligni, who touched each other ending up in the gravel, ends on the first lap. Not a crackling start to the season for the Finn, while the participation as wild card of the two Italians, present at Misano with the Rosso and Nero team and with the D34G Racing team respectively, ends in a bitter way.

It is no better than the other Italians: Massimo Roccoli is 11th and precedes Matteo Patacca, 12th. Luca Ottaviani closes in 14th position, followed by Davide Stirpe and Armando Pontone, 15th and 16th respectively. Davide Pizzoli passes under the checkered flag in 17th position and Leonardo Taccini follows him closely, 18th.