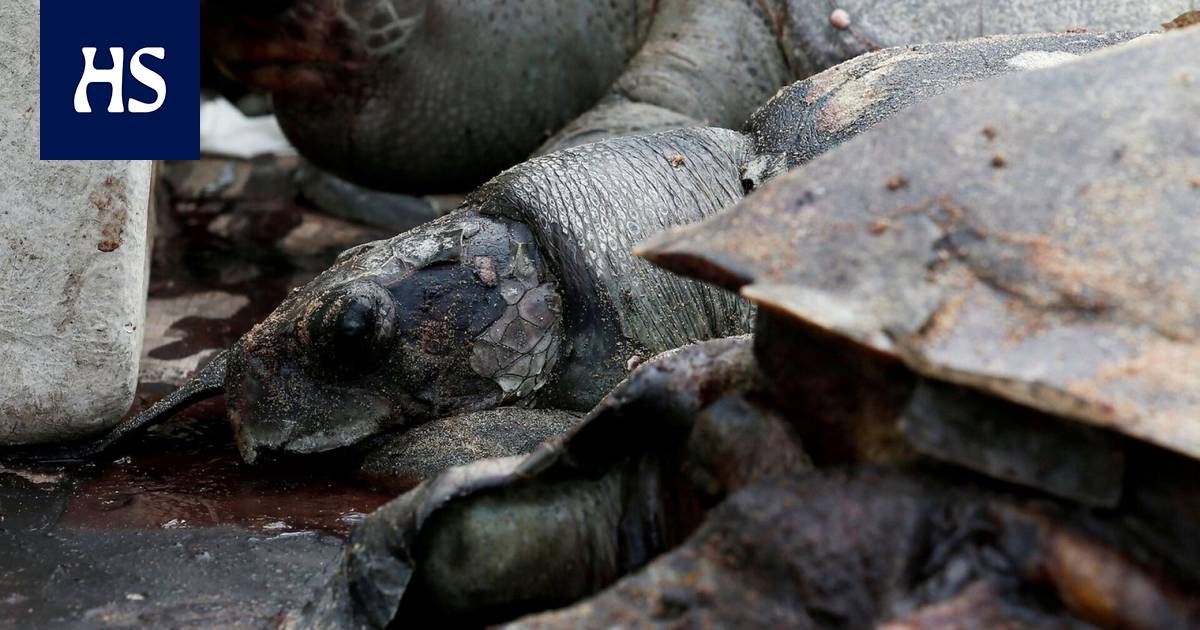 Toxic chemicals from the ship, which caught fire and later sank, have killed at least 176 turtles, 20 dolphins and four whales.

Hundreds dead seafood has been washed ashore in front of the Sri Lankan city of Colombo, news agency Reuters and The New York Times.

A ship that caught fire in front of the city in May released toxic chemicals into the sea that killed at least 176 turtles, 20 dolphins and four whales, the assistant attorney said. Madawa Tennakoon at the first hearing on Wednesday.

Fire broke out on a Singapore-registered container ship on 20 May.

The cargo included 25 tons of nitric acid and other chemicals. BBCAccording to the company, many of the ship ‘s 1,500 containers ended up at sea before the fire was extinguished. The ship’s crew was brought to safety before the fire worsened.

The cargo ship sank on June 2 as rescue personnel tried to pull it off the coast.

Sri Lanka the government has appointed 15 people liable for the damage.

Among them is the Russian captain of the ship Tyutkalo Vitaly. Vitalya has been banned from leaving the country, but he has not yet been charged with any crime.

The cause of the fire has previously been suspected to be a leak of a chemical that was loaded on the ship.

The Sri Lankan authorities announced last week that they lifted the ban on fishing on some coasts, although experts say the risks to marine life from the disaster still exist.

Covid in Argentina: 400 thousand AstraZeneca vaccines donated by Spain arrived and another flight departs to search for Sputnik V

75% of the anti-Covid vaccines are concentrated in only ten countries, but at the G20 they have noticed it only now