Srebrenica, three years of ordeal and a massacre that nobody forgets in Bosnia 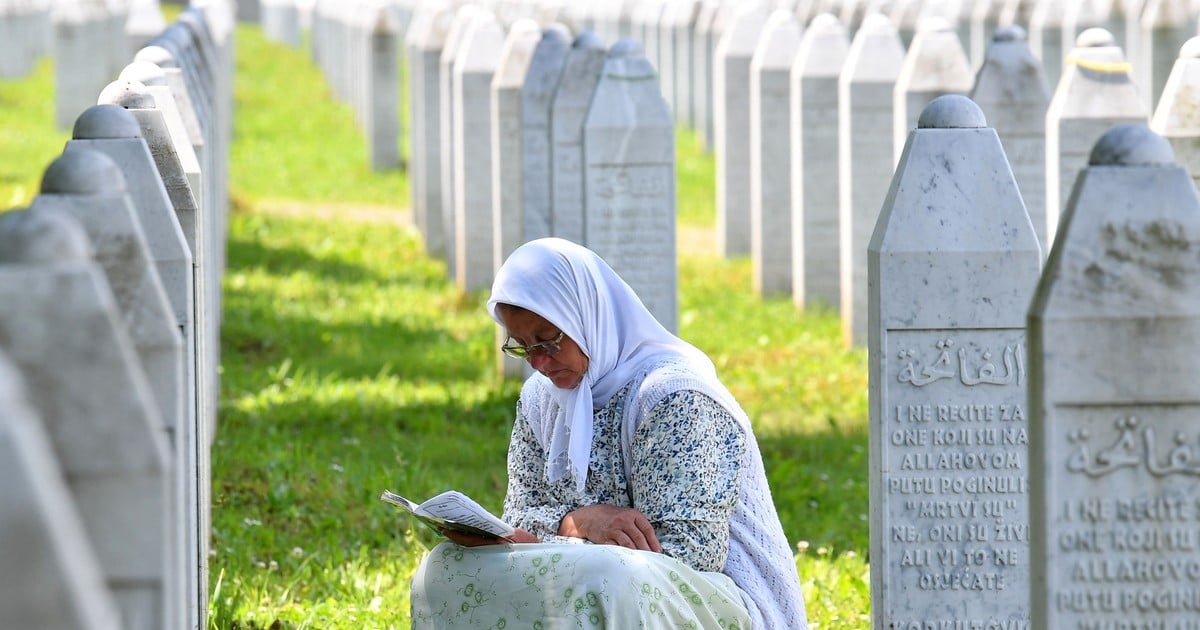 More than 8,000 Bosnian Muslims were killed in 1995 in Srebrenica, a symbolic city of the “ethnic cleansing” policy of the Serbian forces of Bosnia and for which the international justice confirmed this Tuesday on appeal the sentence to the former military chief Ratko Mladic, the “butcher of the Balkans.”

Mladic ya was sentenced in 2017 to life imprisonment for genocide, war crimes and crimes against humanity, sentence ratified this Tuesday definitively.

The Srebrenica massacre, the worst in Europe since World War II, marked a before and after in the war in Bosnia, which opposed Bosnians, Serbs and Croats between 1992 and 1995. The conflict left more than 100,000 dead and 2, 2 million refugees and displaced people.

Since the beginning of the conflict in Bosnia, in April 1992, the Serbian armed forces have besieged Srebrenica, a Muslim-majority city in eastern Bosnia, 15 km from Serbia.

In April 1993, in a last attempt to prevent the fall of the city, the UN declared an enclave of 148 square km as a “security zone” and deployed Blue Helmets there in charge of ensuring protection.

But on July 11, 1995, Srebrenica falls into the hands of the troops of General Ratko Mladic, the Bosnian Serb warlord, a supporter, like his political alter ego Radovan Karadzic, of an ethnically “pure” “Serbian Republic”.

A bouquet of flowers on a mural with the names of the victims of the Srebrenica massacre on Tuesday. Photo: AFP

Unarmed and without air support, the Dutch Blue Helmets of the Forpronu (United Nations Protection Force) retreat to the neighboring base of Potocari, where they are submerged by the arrival of thousands of civilians hoping to find protection.

At that time, there are 42,000 inhabitants in the enclave, including 36,000 displaced people who had fled at the beginning of the conflict from other cities in eastern Bosnia.

The following days, Bosnian Serb forces Muslim men and teenagers are separated from women and taken away in trucks and buses to be executed.

Hundreds of men who fled to the nearby forests are captured and killed. The excavators then begin to bury the bodies in mass graves.

The transmission of the trial in which the sentence against the war criminal Ratko Mladic was confirmed, this Tuesday, on a TV channel broadcast in Sarajevo, Bosnia. Photo: EFE

In a few days the slaughter left more than 8,000 dead. The first testimonies gathered by humanitarian organizations point to the atrocities committed by Mladic’s men, including murders, torture and rape.

Long fugitives after the war, they are finally arrested and transferred to the court based in The Hague, which sentences them to life imprisonment.

Karadzic was the highest person in charge of being held accountable. Former Serbian President Slobodan Milosevic died in 2006 during his trial.

Former Bosnian Serb general Ratko Mladic, sentenced in the first instance to life imprisonment for the Srebrenica genocide and other war crimes and crimes against humanity. Photo: EFE

The end of the war

On November 21, 1995, achieved under international pressure, the Dayton (United States) peace accords put an end to the war and divided Bosnia into two entities, one Serbian, the Republika Srpska (RS), and the other Bosnian. Croatian, each of them with a high degree of autonomy and united by weak central institutions.

After the war, the international community was accused of abandoning the Srebrenica victims, mainly for failing to order air strikes.

In a report published in 2000, Kofi Annan, the then United Nations Secretary General, blamed the international community as a whole for its failure to assume the protection of Srebrenica.

A year later, a report from the French National Assembly fact-finding mission concluded the responsibility of the Serbs, but also the UN and states like France, who participated in the peacekeeping operations.

The attitude of the Dutch Blue Helmets remains a sensitive issue in the Netherlands.