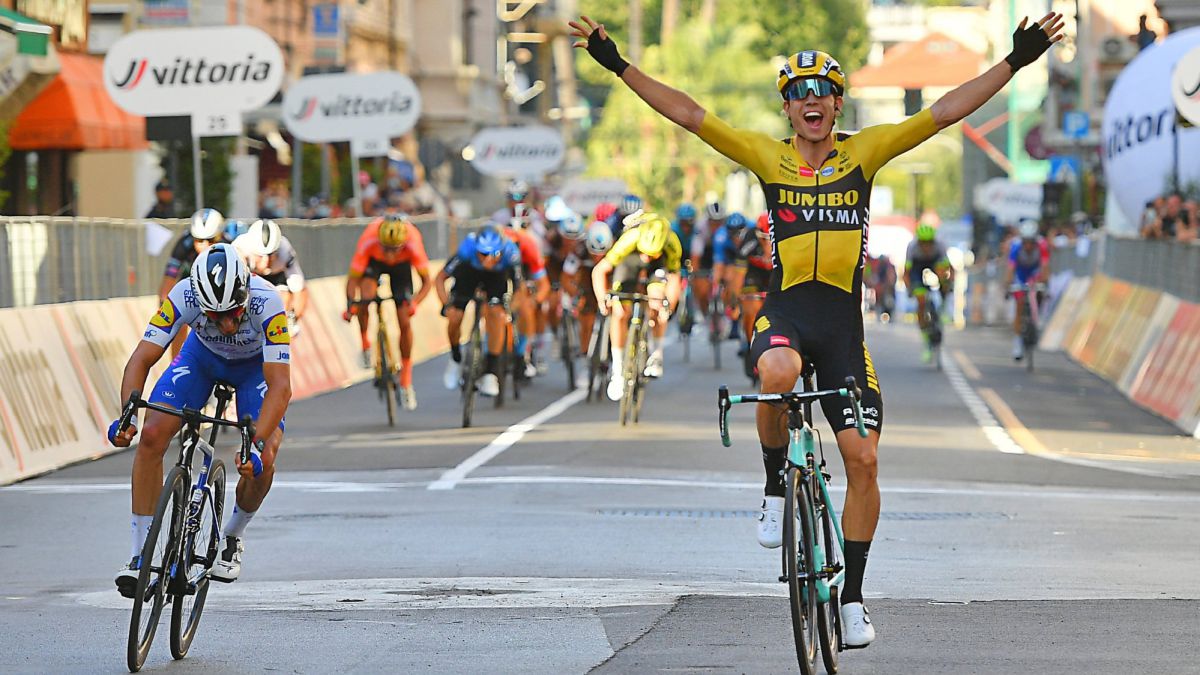 The Tyrrhenian-Adriatic usually measures the moment of form well the cyclists who aspire to win the Milan-San Remo. And if this was a videogame, performance indicators of Wout van Aert, Julian Alaphilippe and Mathieu van der Poel would be rising arrows Red Hot. The three (along with Tadej Pogacar, absent for rest until the Basque Country) are the runners with better performance in 2021. The Belgian scored two stages and finished second in the race of the two seas; the French took a partial; and the Dutch, two others. In the Strade, Van der Poel beat both with authority (second Alaphilippe and fourth Van Aert). But nothing guarantees that at La Classicissima, after 299 km and chain Cipressa and Poggio, send the strongest. Almost always the best and the cleverest prevail after a hard day of work that is around seven hours.

Peter Sagan knows well that it is not worth only with the pedal stroke. The Slovak has finished second twice and four times fourth when he was among the top favorites. In 2021 he will return for a career that he longs for, but that is elusive. Less in a massive sprint before the specialists, both Sagan as Van der Poel, Van Aert (the defending champion) and Alaphilippe (winner in 2019) They have more options in their favor: breaking into the Cipressa, from afar, or the Poggio, from close up, figure underlined in their plans. Also in those of Kwiatkowski (the winner in 2017), Nibali (winner in 2018) or Gilbert, who wants to complete the collection of five monuments with the only piece missing from his record.

While, sprinters like Démare (2016 champion), Kristoff (from 2014), Matthews, Nizzolo, Bouhanni, Viviani, Ackermann or Ewan will be entrusted to the control of their teams to clear the way to the Via Roma de San Remo. As for the Spanish, García Cortina will lead Movistar and Alex Aranburu, Astana. Anyone will have to sweat the victory, but for Van der Poel there is also a sentimental component: raising his arms in the same goal 60 years after his grandfather achieved it, Raymond Poulidor. “I want to win. It doesn’t matter how much rivalry I have with Van Aert since cyclocross. The battle will take place against all the most prominent classics, not just him.” Spring promises.

“I have always had good relations with Florentino until now”