Spotlights on ‘horror hotel’ Novak Djokovic: ‘You don’t wish this on anyone’ 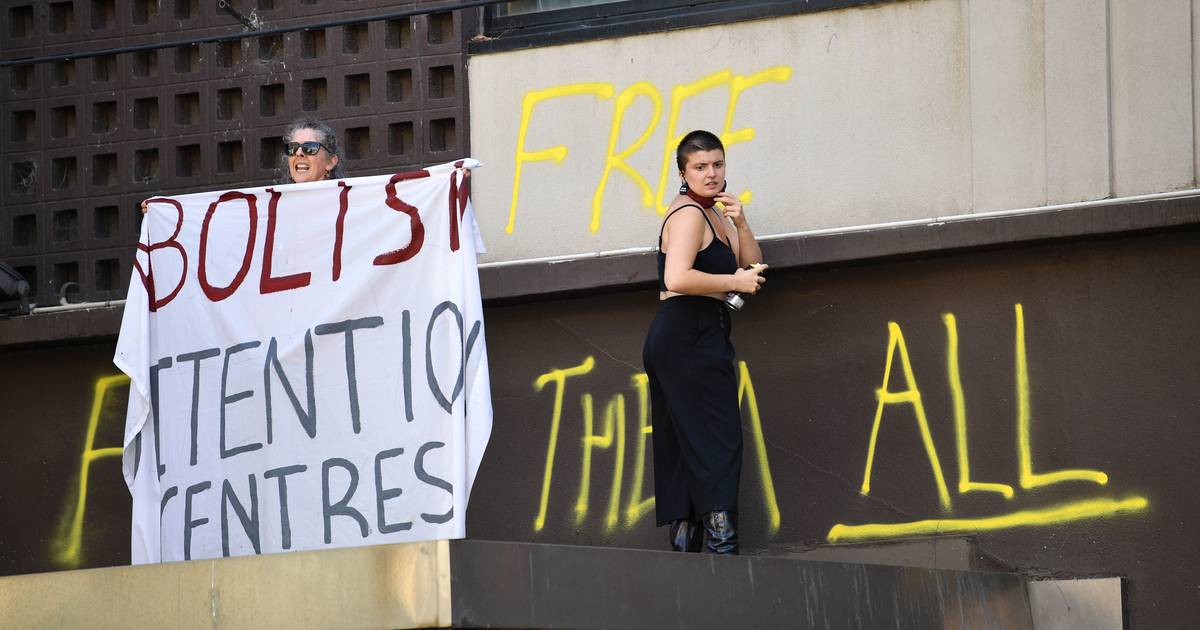 asylum seekersTop Serbian tennis player Novak Djokovic is currently awaiting his fate at Melbourne’s infamous Park Hotel. At the same time, the situation draws attention to the group of refugees who are being held in the same ‘hotel’ under inhumane conditions.

It seems quite surreal. The best tennis player in the world – with all the luxury and respect he is used to – is currently spending time in the same building as a group of asylum seekers in Melbourne, Australia. He has been residing there since he was banned from entering Australia this week and is awaiting trial on Monday. Djokovic does not want to indicate whether or not he has been vaccinated against the corona virus. Australia then decided not to grant him access (for the time being). In a week and a half starts the Australian Open where Djokovic hopes to defend his title.

The five-storey gray building – with only closed windows – now serves as an immigration detention center. While the tennis player is trapped on the first floor, thirty people from different countries are locked up on the second floor. They were previously transferred from Australian detention centers on the islands of Papua New Guinea and Nauru.

For decades, Australia has had a bizarre policy that if refugees arrive in the country without the right papers, they are transferred to detention centers on the island of Nauru in the South Pacific, among other places. Due to mounting criticism, Australia has been temporarily sending seriously ill or debilitated refugees to Australia for medical treatment since 2019. From that group, the most intense stories are now coming out about the situation in the hotel.


Maggots and fungi in our bread

“We are locked in our room, without any fresh air. We have nowhere to do any exercises. The conditions are terrible,” said Iranian Hossein Latifi (32). He has been in the hotel for four months now, after being transferred from another facility. Before that, he was detained on the island of Nauru since 2013. He has no idea how long he still stays or that he might have to go elsewhere.

“We are refugees, innocent people. We have not committed any crime. They just hold me hostage,” said Latifi. Down at the hotel, about a hundred people, including many Serbian compatriots of Djokovic, have gathered to demand the release of their tennis idol. The slogan is on the wall. ‘free them all’ written. According to Djokovic’s parents, their son is being treated like a prisoner and Serbian President Vucic is also involved in the riot. He asks the Australian authorities to remove the athlete from that ‘infamous hotel’.

Human rights organization Human Rights Watch has more empathy and looks beyond the tennis player. “Novak Djokovic will only have to spend a short time in an Australian immigration detention, while some have been locked up there for years without hope,” the organization said on Twitter.

Similar testimonies are heard from the mouth of his compatriot Adnan Choopani. Especially when it comes to the food. “The quality is dramatically bad, down to maggots and mold in our bread,” said Choopani, who has been detained for nine years. The hotel is now also being used to quarantine travelers who tested positive for Covid-19. If all that isn’t bad enough, fires broke out on the third and fourth floors on December 23.

“Novak, we love you”

Both refugees wish Djokovic the best. Even though they know that for the tennis player it will only be a few days and not – as in their case – years. Choopani indicates that he derives strength from the fact that this place is now in the international spotlight. “I don’t wish this Australian detention on anyone. Novak (Djokovic, ed.) You are not alone. You have many fans and we love you. We wish you all the happiness and freedom, just as we wish ourselves.”

Watch our trending sports videos in the playlist below:

Cryptocurrency Squid Game turns out to be a scam