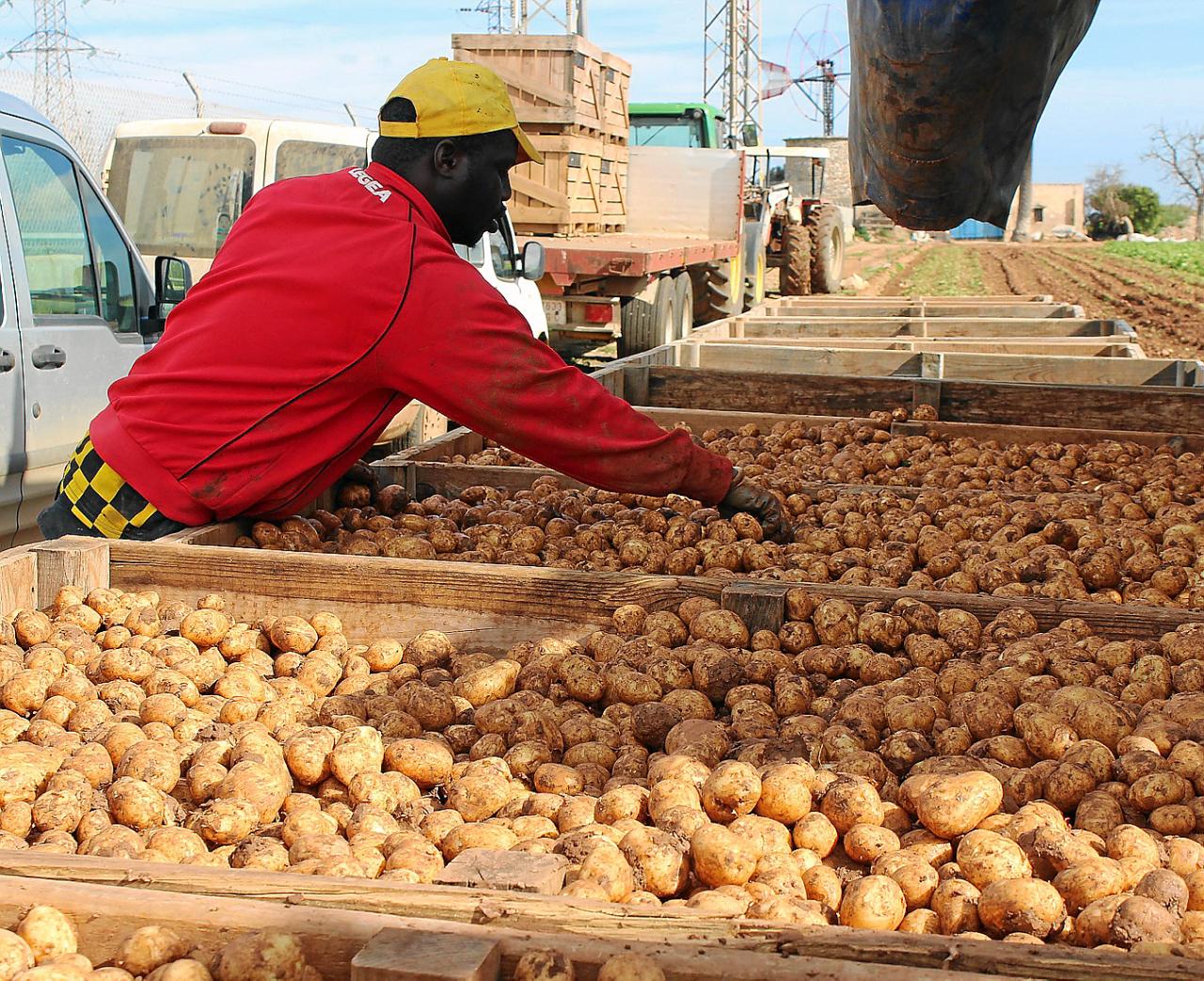 It is odd to realize that once upon a time Sa Pobla was considered to be “agriculturally poor”. This was largely due to the fact that, as observed in the sixteenth century, it was the “poorest” village in terms of water. There were fewer than ten wells, and so aid to cultivation was limited.

There was plenty of water sloshing around in Albufera, but it wasn’t fit for anything much. The one-time cultivation of rice by the Muslims had long been abandoned. The Catalan Christians felt this was unhygienic, while the wetlands were in any event a breeding ground for disease.

Hygiene was to be an issue some centuries later, and it concerned a vegetable grown in the soil. The potato was to transform Sa Pobla’s agriculture, as indeed were new sources of water, and yet much as we associate Sa Pobla with potatoes, it was only some one hundred years ago that the breakthrough truly occurred. The Royal Kidney, the International Kidney, the Jersey Royal – all names for one type of potato, and it was 1924 when it debuted in Sa Pobla and led to a massive increase in export.

The potato was a late arrival in Mallorca. British influence in Minorca was responsible up to a point, but it was a Frenchman – Alexandre de Cauterac – who was the chief promoter of potatoes. In 1799, he believed that the potato could become an important crop as early efforts were made to reclaim parts of Albufera. In 1816, Mallorca’s Captain General offered a prize for the best potatoes to be grown in Alcudia and Sa Pobla. But, and this may come as something of a surprise, it was Soller where potato cultivation first took off on any scale.

This wasn’t huge by any means, which was to be to the benefit of the Soller growers. Potatoes were considered to be a luxury; they commanded high prices.
By the 1870s, Sa Pobla’s farmers were dedicating over 470 hectares to vegetable production, with potatoes becoming an increasingly significant crop. However, and unlike in Soller, the potato was looked upon more as animal feed. It was the hygiene issue. How could something grown in the soil be good for you?

Attitudes were to change, and Soller’s growers certainly took a hit as the potato gained a reputation as the “bread of the poor”.
By the 1920s, a crop for the poor was being transformed into one that could bring riches. The Sa Pobla new potato for export was what really did it, and Sa Pobla’s potato growers haven’t looked back since.

The potato is very versatile, and Sa Pobla’s gastronomy reflects this. The annual potato fair is not being held for the second consecutive year, but this weekend and next there are special menus at a dozen establishments to celebrate this gastronomy. So, if you fancy, for example, potato mash with pesto, caramelised onion, orange and goat cheese, or grilled octopus with creamed potato, or ‘patatas bravas’ with a choice of two sauces, eg mango curry, then Sa Pobla’s the place for you.