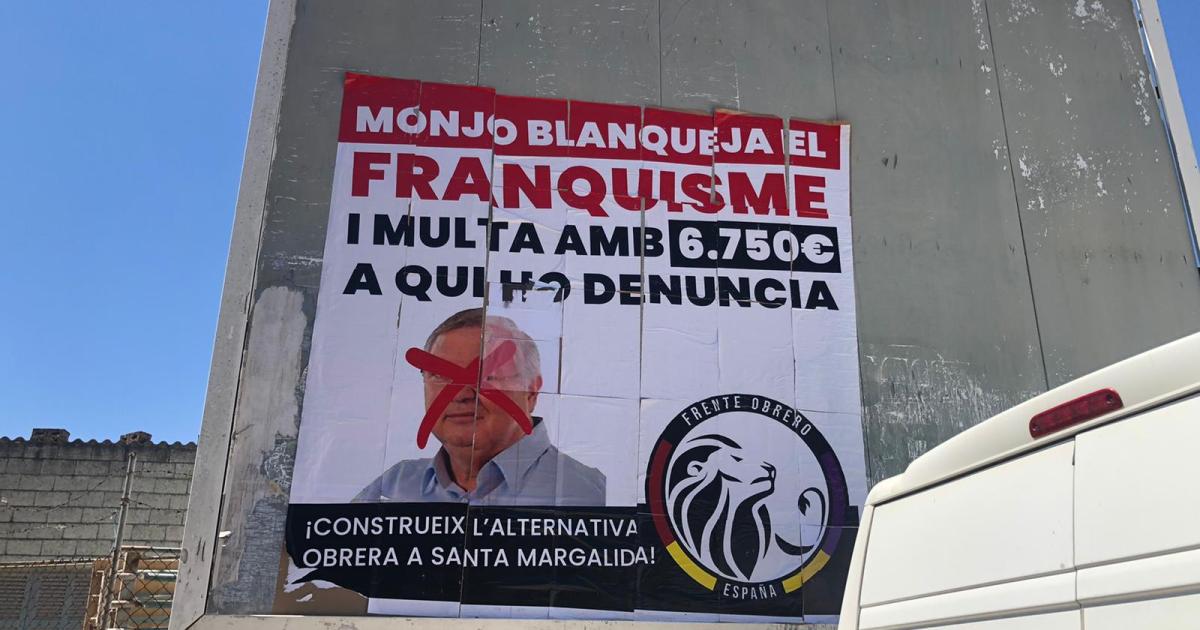 Citizens of Can Picafort and Santa Margalida may have noticed last Monday that there was graffiti and a poster accusing the eldest, Joan Monjo, of being a “cacique”; the word is used to refer to the one-time political bosses of the late nineteenth century and early twentieth century.

As well as being a cacique, Joan was “whitewashing Francoism” and fining those who complained about him 6,750 euros.

This was the work of the so-called Workers Front, who were drawing attention to three purposes totaling 6,750 euros that were levied on one of their number for having put up previous posters claiming that Joan was an “heir to the Franco regime”.

This was all to do with the town hall having maintained the Illustrious Son status of Joan March. This was awarded in the 1950s to the man sometimes described as, among other things, Franco’s banker.

The Workers Front claimed that the ends were dished out for political reasons, while the town hall said that they were for breach of the bylaw concerning municipal urban furniture.