Spotlight North: And on it goes … the students of Bellevue 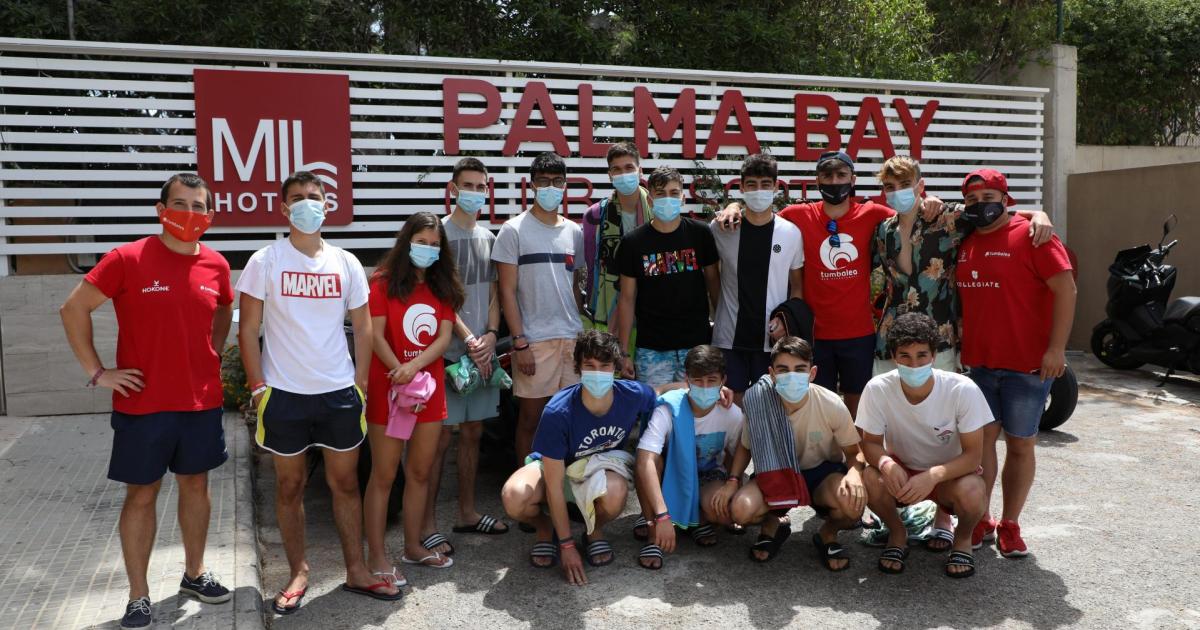 Veronica Caro is an Alcudia councilor for the Partido Popular. At the most recent council meeting, she raised the matter of the students end-of-course holidays at Bellevue. This was incidental to what was a very limited Covid outbreak, as Covid – where these holidays are concerned – has only been a specific issue this year. There are the recurring themes. Year after year themes.

The councilor told the meeting that there had been complaints from residents about the noise generated by the students. She said that residents had called the police, only to be told that they (the police) couldn’t do anything.

Mayor Bàrbara Rebassa responded by observing that, according to reports she had, the police had gone on many occasions.

The mayor added that the town hall has spoken with Bellevue and was preparing a letter to be sent in which the town hall tells Bellevue that the “situation cannot continue and that they (Bellevue) must control this type of tourism”.

There is, let’s be blunt, only one way to control “this type of tourism”, and that is to not have it or to allow it in the first place. As in Arenal, it was staggering that these trips went ahead this summer, but while Covid – as I say – is incidental – it has perhaps helped to raise awareness at the town hall of a matter that has blighted Alcudia for years and to which political response has sometimes appeared to have been minimal.

The leader of the PP at the town hall is Fina Linares. She was once the tourism councilor. In 2014, she forwarded an email to me that was sent to her by the Bellevue management. It expressed “surprise” at complaints.

A team of security guards and assistants made up of seven professionals was operating from 11pm to 7am. Reports from these professionals did not mention any disturbance or damage. However, the noise issue would be “reinforced” in order to minimize it.

And that, one guesses, was probably the end of the matter. But it wasn’t where residents were concerned. A full report of the situation regarding the students was sent to the deputy mayor, Joan González (PP), two months later.

It was signed by the then president of Siesta 3. There was a meeting with González and others, but nothing – as far as I am aware – ever came of it.

The following year, there was a change at the town hall. The mayor was now Toni Mir of El Pi. There was a meeting with Mir, the response to which was immediate in that an alteration was made to arrangements for the coaches collecting students to take them to a club – arrangements that essentially entailed a three-hour process of full-on noise until 2am. A couple of hours later, and the first coaches bringing students back started to arrive.

There have been efforts since then. But the fundamental issues have remained the same, especially the noise. The Alcudia students do not attract the same level of attention as those of Arenal – Covid or no Covid – and this owes much to location.

In Arenal, it is a frontline problem that particularly affects the Llucmajor Arenal as it is more residential than Playa de Palma. Bellevue, quite obviously, is not frontline, but it isn’t solely the Bellevue urbanization that is affected (and one has to stress that it is an urbanization replete with residential accommodation).

Toni Mir, disgusted at damage caused to town hall property, told me – words to this effect – that this was a type of tourism he didn’t want on his patch. That was several years ago now.

The PP now seem to be taking the matter seriously, and so also – from what she said at the council meeting – is PSOE’s Bàrbara Rebassa.