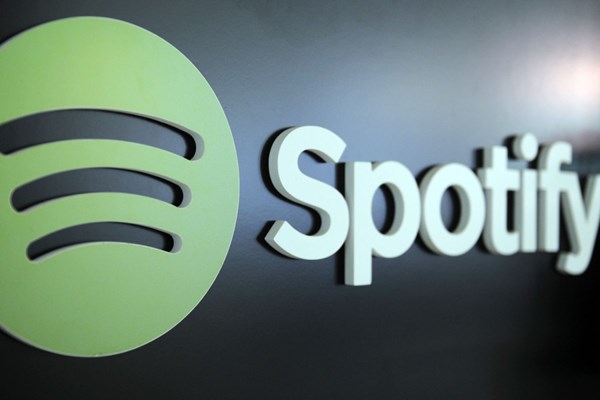 Spotify has launched a new website that addresses questions about how rights holders are charging their dues, amid a growing global debate about the money to be paid to musicians in the era of streaming.
Spotify said on its new website, “Loud and Clear”, that artists deserve clarity about the economic standards adopted in the streaming music sector, explaining that it aims to “increase transparency by sharing new data about the global streaming economy and the interpretation of the property rights system.” The players in the sector and the process »approved.
She noted that 13,400 artists made $ 50,000 or more in revenue last year, and 7,800 artists made more than $ 100,000.
But she pointed out that “Spotify does not pay artists or songwriters directly,” but rather to “rights holders”, adding, “Once this revenue is out of the hands of Spotify, the amount that the artist or songwriter receives depends on their agreements with the rights holders.”
And artists who sign with major production companies usually receive only 20 percent of that revenue. They may have to divide the remainder between band members and managers.
Many of these 13,400 artists could earn as little as $ 10,000 a year, if only they paid off their initial trademark debt.
Musicians around the world have increasingly raised their voices to complain about their finances in recent months, as production companies announce record profits from streaming broadcasts, as all artists, except for the top names among them, struggle to preserve their revenues.
A study conducted by the French National Center for Music recently concluded that 10 percent of the total revenues of “Spotify” and “Deezer” came from only ten stars, who are the most important names in the world of music today.
With about 345 million Spotify users around the world, the service includes more than 550,000 songs and audio clips with more than a million listeners.
Spotify has also expressed caution about adopting the “user-based” payment model, in which the monthly subscription fee of ten dollars paid by each subscriber is poured into the account of artists who only hears their works, instead of dividing them into a large group based on the total number of total audiences.
“We intend to move to a user-centered model if artists, composers and rights holders want that,” she said, but “Spotify cannot take this decision on its own because there is a broad line-up of the sector behind it to implement this change.”
Studies have shown that this may make a slight difference to obscure musicians, but many supporters of this policy say it is more fair in nature and will encourage greater investment in musical genres aimed at specific groups, accusing the main production companies of obstructing the move.
Soundcloud became the first streaming service to pay money on a “user-centric” model this month, but only 100,000 freelance artists make income directly from the site.

Care for the elderly Questionnaire: The outdoor activity of the elderly did not increase during the Korona period, loneliness clearly became more common than before

Mario Hart after traveling to Brazil with his family: “I think we will stay”