Sports Science If you aim for the top in sports, you shouldn’t specialize too early, says a recent study 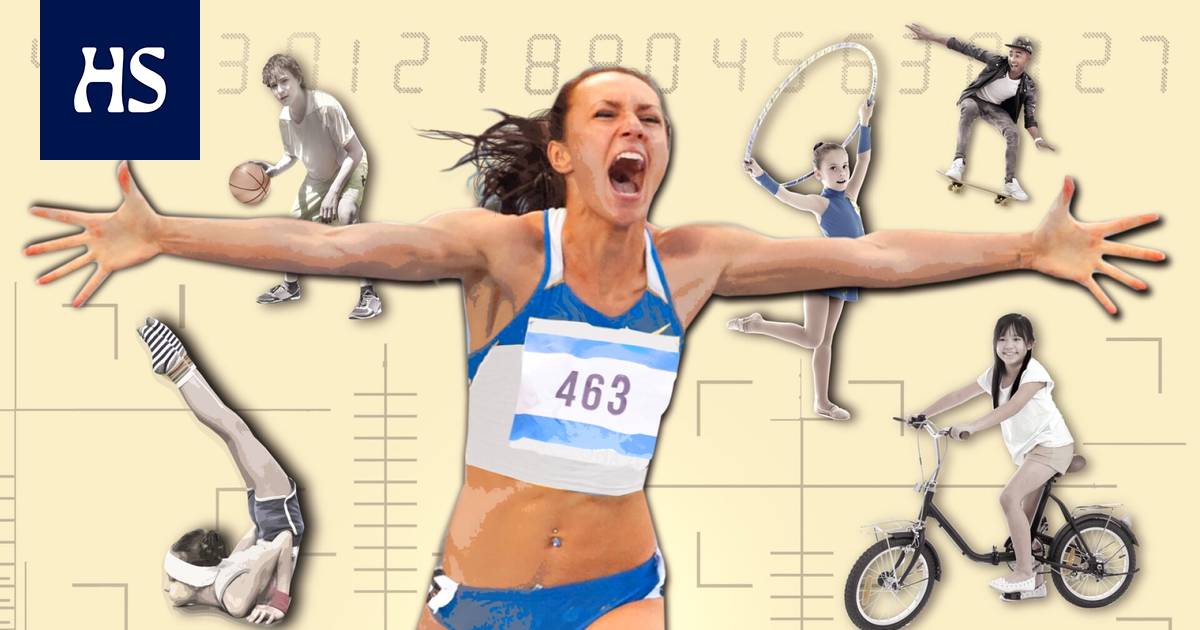 Those who practice different sports as children progress slowly at first, but are likely to do better as adults. There is also evidence from science that early multidisciplinarity can be beneficial.

Early specialization can be detrimental if you want to reach the international top in sports. Those who have practiced other sports in addition to their main sport are more likely to achieve the strongest achievements as adults.

Evidence of premature specialization has been demonstrated in the past. A recent summary of several different studies, i.e. a meta-analysis, confirms that versatility strikes bread.

Whether it’s team games, skill games, endurance sports, or martial arts, international-level actors stand out from national-level athletes in that they have typically played more than one sport as a child.

There are exceptions, but the peaks of adult sports that have only invested in their main sport since childhood are a minority in most sports.

Perception is surprising. You could assume that the more you focus on training your sport, the better you will develop in it.

In the beginning, that’s the way it is. As children, those who focus solely on their own species progress faster at a young age than those who divide their time between several different species.

Early specialists also typically start the main sport earlier and also accumulate more practice hours from it. However, the advantage mostly seems to remain in youth.

Eventually, the diverse will pass over as adults and are more likely to reach the international level.

One of the authors of the study, Professor of Sports Science at Kaiserslautern University of Technology Arne Güllich compare an athlete’s career to an 800-meter run.

“One in eight runners will lead in the first lap. He’s happy and he gets applause from the audience. But in the second round, many competitors will overtake him and he will eventually finish in sixth, ”Güllich tells HS by phone.

Güllich and psychologists working in the United States Brooke McNamaran and David Hambrickin the study was published in July Perspectives on Pscyhological Science newsletter.

According to the researcher, world-class athletes have typically practiced some other sport as a child and teenager for 1,000 to 1,500 hours. Picture: Kimmo Taskinen / HS

Sports in addition, there is evidence from science that early multidisciplinarity can be beneficial.

Sociologist Angela Graf in his study, he compared the German Nobel laureates who were awarded after the Second World War to the scientists who had received the most important national science prize, the Leibniz Prize.

The clear majority of the top Nobel laureates at the top of science had done multidisciplinary research. Their careers typically progressed more slowly than the Leibniz laureates, and they made their decisive discoveries later.

“Findings from science and sports suggest that this is a general phenomenon,” Güllich says.

Researchers the connection found between multidisciplinary childhood training and adult success is, according to Güllich, moderate in strength. The association was found in all sports, but in some sports the connection was stronger than in others.

For example, in scaffolding and football, about half of international-level athletes had practiced more than their main sport as children.

In many other sports, such as athletics, rowing, and most team games, almost all of the tops, as a child, were sporting in a variety of ways.

Although there were differences between sports, Güllich recalls that the same phenomenon was observed in all sports: those who reached the international level had typically started their main sport later and practiced more other sports than athletes at the national level.

International Success as an adult was predicted specifically by coaching in competitive sports in another sport, not just playing with friends in your spare time.

This, too, calls into question the common notion that yard games would lay the groundwork for future sports stars.

“A lot of athletes do this, but it didn’t differentiate athletes in long-term performance.”

In his second study, Güllich has calculated that world-class athletes have typically practiced some other sport as a child and teenager for 1,000 to 1,500 hours.

For example, a thousand hours are accumulated by practicing five hours a week for ten months a year for five years.

When you practice many sports as a child, you are more likely to find the one that suits you and your tendencies.

What then explain the benefits of versatile training in childhood and adolescence for a sports career?

One memorable explanation could be that widespread pursuit only tells about inherent tendencies in sports and before long this talent will show up as a loss as an adult in the main sport.

According to Güllich, there is no evidence of this. When comparing athletes at the national and international levels, no differences were found in their genetic predispositions.

The Troika offers other possible explanations.

In the first place when you practice many sports as a child, you are more likely to find the one that suits you and your tendencies. If you practice one sport, you would never find out that a career would have opened up in another.

A career that focuses on one sport may also be more easily challenged by stress injuries or mental exhaustion than one who trains in a variety of ways.

In addition, practicing other sports in coaching can even help you learn more about the sport that will eventually be selected as your main career.

“If you play different sports, you will be exposed to different learning tasks and learning methods. In this way, you can become a better learner, you can make better use of future learning situations and you will get to know what kind of learning is right for you individually, ”says Güllich.

Because at a young age, those who specialize and diversify often flourish only later, anticipating adult success becomes more difficult. It is not possible to deduce from the level of performance of youth who will make a great sports career as an adult.

“Often when someone wins a gold medal at the Olympics, his coach says he saw it already when the girl was ten. However, five hundred other coaches also saw them as a gold medalist at the age of ten, but this did not become one. ”

Güllich says science and coaches can more easily predict who will not become a world-class athlete than who will. Based on the glorious performance of youth, the success rate for divination is around ten.

“About 90 percent of the most successful junior athletes do not become as successful adult athletes.”

“Coaches and parents should encourage children to practice and compete in multiple sports for several years to come.”

Güllichin and there are two messages from a study by his colleagues on how to work in junior sports.

“According to our results, it is quite clear that coaches and parents should encourage children to practice and compete in several sports for several years to come. Most children like different sports because of sports, and if they don’t, it’s because of the influence of adults. ”

The second post concerns various academies for advanced junior athletes. Researchers write that junior coaches often have an incentive to act so as to ensure the loss of their trainees as early as junior age.

Thus, they choose the best performers for their sports academies at an early age, although in the long run these may not be the ones who succeed as adults.

According to Güllich, those selected for the top groups are often those who typically specialize early and focus on one sport. In groups, they still stick to practicing only one sport.

Such specialization, according to researchers, does not serve long-term development. In addition, it encourages those who want to get involved in academy groups on the path of specialization.

The message from Güllich and partners to talented development programs is that selection for them should be postponed and that selection should take into account whether juniors have practiced more than one sport.